Home Government Desperate Trump hangs pandemic disaster on the WHO 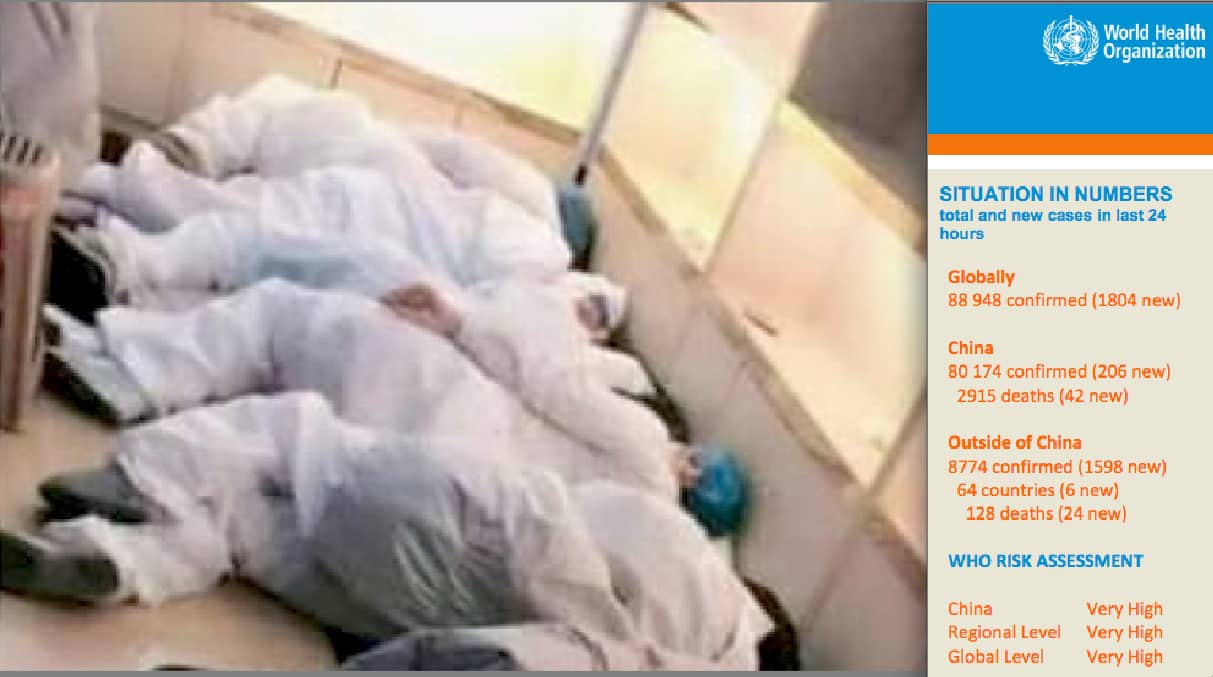 Kremlin on US suspension of WHO funding: G20 supports WHO’s coronavirus response

[ Editor’s Note: We saw this was coming. It did not take a rocket scientist to grasp that Trump would be way in over his head on handling the virus response, not being able to control himself from overplaying his hand.

He knew he could control the microphone and lead the daily briefings he viewed as free campaign promotion time. After a list of goofs and mistakes, his staff finally got him to let professional public health experts get at least half the microphone time.

At this stage in his presidency, he is wedded to his habit of sloughing off any failures onto others, so attempting to throw the WHO to the lions will be a bomb, as there are no lions to throw it to.

The G-20, and I suspect the rest of the world, has lined up to support the WHO, including possibly all US allies except for maybe Israel. Trump is a trapeze artist working without a net now. Nancy Pelosi has taken the lead in pummeling him on his Covid string of goofs, and this will continue as Trump seems adamant in continuing them.

A growing list of state governors have just ignored his claims of having all powers on all decisions over opening up American business. After a day of that silliness, they are still moving ahead. We now get to see if Trump “retaliates” against them, doing things like withholding federal stockpile equipment to Democratic states he knows he will lose anyway… Jim W. Dean ]

“In this case, we can recap March 26, the urgent summit of G20 leaders. G20 presidents held a summit, after which they adopted a coordinated statement, called ‘Statement on COVID-19.’ It says that the G20 and the WHO are firmly committed to do everything possible to overcome the pandemic”, Peskov told reporters.

The statement says that G20 leaders fully support the WHO’s effort and intend to bolster its authority on coordinating the coronavirus response, the Kremlin spokesman noted.

“We see that G20 presidents, including Russian Federation President [Vladimir] Putin, rest hopes on the WHO, regarding further effort on analysing the experience on this pandemic, we see that they support the WHO effort. This is our position in Moscow”, Peskov added.

In the meantime, Brussels has also addressed Trump’s move.

“Deeply regret U.S. decision to suspend funding to WHO. There is no reason justifying this move at a moment when their efforts are needed more than ever”, EU foreign policy chief Josep Borrell said on Twitter.

The US president announced his decision to suspend funding for the WHO on Tuesday, claiming that the organisation had impeded Washington’s response to the COVID-19 pandemic. He also criticised the WHO for being “China-centric” and promised a “very thorough” investigation that will be conducted in the next 60 to 90 days.