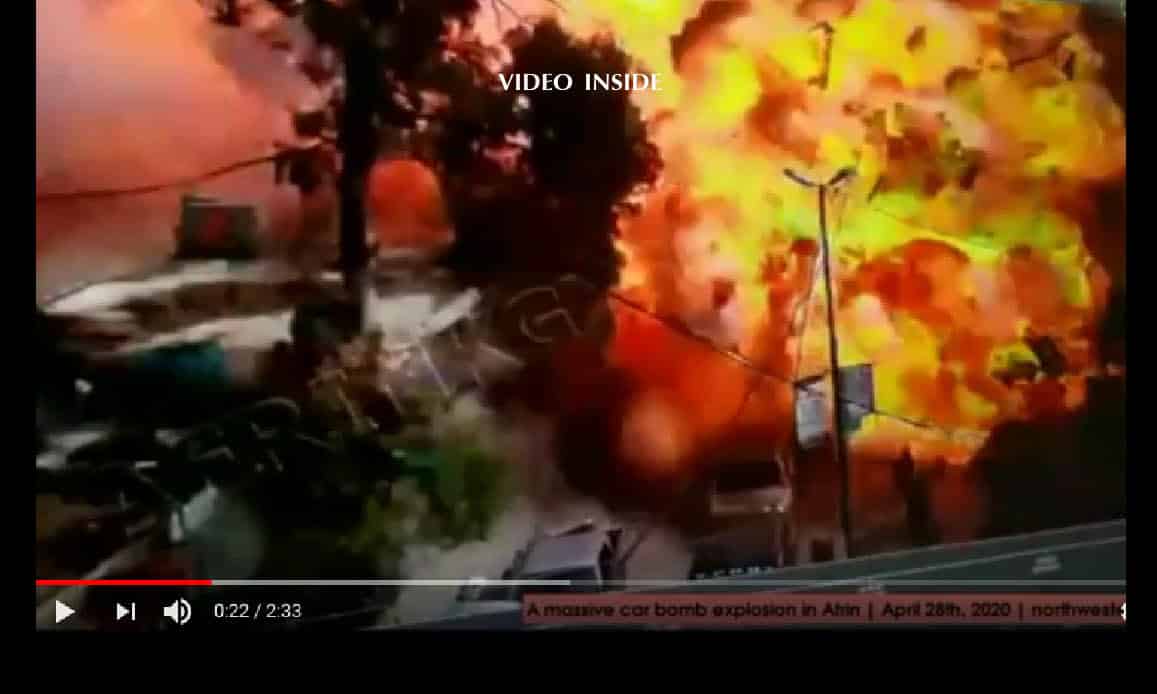 Dozens of people, including 11 children, were killed in a giant explosion in the Syrian city of Afrin after a tanker loaded with fuel, or other explosive liquid according to Russia Today, was blown up in the middle of the crowded street of Raju Road, next to an outdoor market. The deflagration killed at least 42 people causing 47 serious injuries.

A giant roar was heard by witnesses, according to the first reports from the BBC, RT, SANA and ANHA, a fireball incinerated everything for tens of meters while a column of smoke rose in the visible sky miles away. The rescuers who intervened on the spot found themselves facing a chilling scenario of torn bodies and blood-smeared debris.

The attack brings to mind what always happened with the explosion of a truck in the same city on January 29, 2019 which caused three victims having occurred on a road at that time with little traffic.

The one on Tuesday 28 April, however, took place near a jihadist post of the Sultan Murad faction, known for the numerous militants sent to Libya in the military mission of Turkey in support of the Tripoli government, but also for the infiltration of former ISIS chiefs as demonstrated by a report from the Rojava Information Center published by Gospa News. According to an ANF article, 15 mercenaries would be dead. Only 6 according to Syrian Observatory for Human Rights.

The massacre took place in the city that the Turkish army occupied in 2018 with the Olive Branch operation depriving the Kurds who live there of all rights and leaving them under the control of formations of radical Sunni Muslims.

Among them, the ferocious jihadists of Al-Sharqiyah predominate, also blamed for the killing of the Kurdish pacifist Hevrin Khalaf, leader of the Future Syria Party who was carrying out a project of alliance between Kurds, Sunnis, Shiites and Christians in Rojava, the region of North East Syria administered by the Kurds.

Robberies, raids on crops, beatings, rapes and kidnappings for the purpose of ransom and homicides are the threats facing the population every day in an evident demographic replacement plan that has already been partially successful, since there are about 200 thousand displaced people in those areas. There last year the Islamic fundamentalists supported by Turkey killed a child with Down syndrome together with his grandfather and father kidnapped with him.

Some mercenary terrorists supported by Ankara were also killed in the attack. For this reason, the governor of the nearby Turkish border province of Hatay claimed that the tanker was detonated with a hand grenade.

He and the Turkish Ministry of Defense blamed a group of Kurdish militants, the YPG, whom they see as linked to groups of Kurdish militants within Turkey. The Turkish government accuses the YPG of being an extension of the bandit Kurdistan Workers’ Party (PKK), which is designated as a terrorist organization by Turkey, the United States and the EU.

On the other hand the YPG is also the main armed component of the Syrian Democratic Forces (SDF) which with the support of the US army defeated ISIS militants first in Raqqa and then in Bagouz capturing most of the black flag fighters and forcing others to flee. Many of their leaders, according to detailed reports from the Rojava Information Center, were recruited by Afrin’s jihadist brigades.

Although the high number of dead jihadist mercenaries supports the thesis of an attack hostile to them, in the light of these scenarios the massacre becomes very suspect for various reasons.

Just in recent days, on April 21, there were clashes in the city of Qamishly between the Kurdish Asayish, an SDF security force and the NDF national defense forces, a paramilitary organization close to the government of Damascus.

This is obviously exacerbating the tensions between Syrians loyal to President Bashar Al Assad and the Kurds who have never received the coveted official recognition of their autonomy in Rojava and occasionally allied with the Syrian Arab Army only after the invasion launched by Turkey Army with the Peace Spring operation on 9 October 2019 according to the will of President Recep Tayyp Erdogan.

Secondly, for over ten years the PKK, especially after the birth of the autonomous region of Kurdistan in Iraq, has abandoned the tactics of the explosive attacks while those carried out in Rojava by the kamikaze jihadists that caused some victims last October in the city of Qamishlo are known.

Therefore, we cannot excluded the hypothesis that it is a false-flag sucide-attack conducted by Islamic fundamentalists to discredit the Kurds in front of the international community to which they reported the serious human rights violations that are taking place in Afrin and culminating in last December in Rojava with a massacre of children caused with bombings against civilian homes by pro-Turkish mercenaries.

Indeed, the episode was previewed on British BBC TV thanks to the Syrian Observatory for Human Rights (SOHR) founded in the United Kingdom by an anti-Assad Syrian exile. The latter has always given great prominence to the relief missions of the Syrian Civil Defense, founded by the former 007 British military James Le Mesurier, who died in recent months in mysterious circumstances falling from the balcony of his accommodation in Istanbul, and better known by the name of White helmets.

White Helmets, financed by the UK and US governments, has been repeatedly accused by Russia before the UN of being a terrorist activity, involved even in organ trafficking on corpses but above all alleged as a supporter of the Al Nusra front (today Hayyaat Tahrir Al-Sham ), armed wing of Al Qaeda in Syria and in the disputed stronghold of Idlib.

It should not be forgotten, in fact, that even the jihadists who control Afrin of the Al-Sharqiyah faction are considered Qaedists. But above all it must be remembered that the White Helmets are suspected of having organized the false chemical attack on Douma to blame the Syrian government also through the exposure to chlorine gas of tied children in order to present real corpses with chemical burns as hypothesized by an expert report concealed but then revealed by Osint sources of the engineer Ian Henderson of the Organization for the Prohibition of Chemical Weapons (OPCW).

This is why the presence of the White Helmets on the site of the massacre is by itself a very suspect element on which it is difficult to shed light since the area is controlled by Turkey which despite multiple accusations for war crimes, including an attack with the white phosphorus who burned children last October in Rojava, has never been put under investigation by international bodies.

Ankara is in fact protected by the NATO of which it is part, it is governed by the Muslim Brotherhood who through Qatar have important business relationships with the arms lobby in the United Kingdom and in Italy but also very close diplomatic relations with Russia which continues in its attempts to avoid new escalations in Syria. 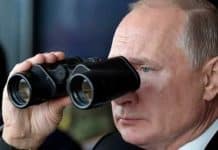