In 1999, researchers uncovered a 66-million-year-old fossil of a bizarre mammal in Madagascar. The creature was about the size of an opossum and may have looked more like a badger or a beaver—but it’s the ancestor of none of them. The animal’s anatomy was so confounding, researchers named it Adalatherium hui, using a Malagasy word for “crazy” and the Greek word for “beast.”

New research, published on April 29 in the journal Nature, takes a closer look at the crazy beast’s skull and teeth to finally group it among its closest relatives, the gondwanatherians.

“It is so strange compared to any other mammal, living or extinct,” Denver Museum of Nature and Science paleontologist David Krause tells Science News’ Maria Temming. To the BBC, Krause adds that the creature “bends and even breaks lots of rules.”

Adalatherium’s teeth are the strangest part of the fossil. Its front teeth are long and curved like a rodent’s, but otherwise its teeth are unlike any modern animal’s, paleontologist Guillermo Rougier says in a statement. Rougier specializes in using teeth to classify mammals, so the strange fossil presented a challenge.

The key to classifying Adalatherium came when the researchers compared its skull to a known gondwanatherian…read more: 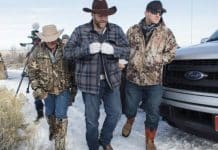 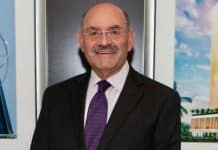 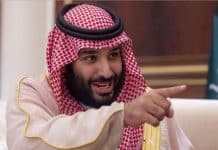 Other 10 Rockets on Iraq (Al Asad US Airbase). Waiting Pope’s...