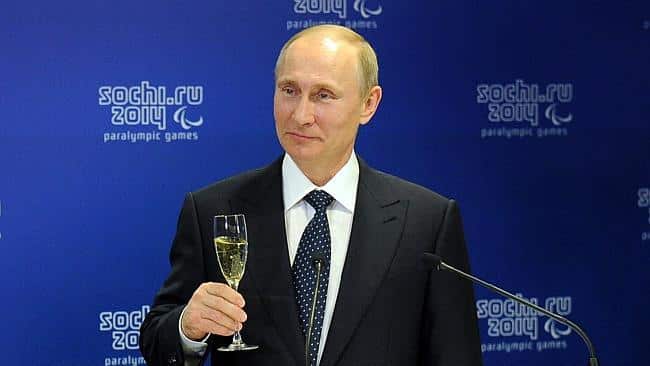 Yes, you just have to say that it’s a plot to make the world die laughing again! Get this: the Pentagon is still pushing the crazy mantra that the Russians are more dangerous than Isis! It’s just simply dumb. In a paraphrased statement by Abraham Mahshie, it is stated that Russia is again a problem because they pose more threat to the United States than ISIS.[1] Nothing could be further from the truth.

Keep in mind that this “Russia is bigger than ISIS” mantra has been perpetuated for years.[2] The late John McCain capitulated to this by saying that Vladimir Putin “is the premier and most important threat, more so than Isis.” According to McCain, “can do terrible things and I worry a lot about what is happening with the Muslim faith … but it’s the Russians who tried to destroy the fundamental of democracy and that is to change the outcome of an American election.”[3]

McCain, as we all know, was a war puppeteer, a Deep State agent, and an ethnic cleanser. But McCain was far from alone in risibly declaring that Russia was more dangerous than Isis. Polish foreign minister Witold Waszczykowski posited around the same time that “By all evidence, Russia’s activity is a sort of existential threat because this activity can destroy countries.” Isis “is not an existential threat for Europe,” but Russia is.[4] US Congresswoman Maxime Waters agreed. She said then:

“The country is in danger, it’s in danger, I mean this strutting around with Russia. Russia doesn’t care anything about us, they have nuclear capabilities pointed right at the United States. They have the nerve to meet with Kim Jong Un over in North Korea and he’s crazy. He hates us!”[5]

These people obviously prefer to live on a different world, where irrational things magically become rational.  It seems that these people have been reading Alice’s Adventures in Wonderland. If Russia doesn’t care about the United States, why do they constantly want to dialogue with US officials?

And shouldn’t countries in the West make every effort to meet with perceived enemies in order to flesh out peaceful resolutions and avoid bloody wars? Didn’t the United States ally with arguably the most criminal state in the world during World War II (the Soviet Union)? No one has been able to explain these issues in a coherent fashion because New World Order agents do not want to act according to the dictates of practical reason. If you think this is farfetched, then listen to this. Maxime went on to say that Putin is “playing around” and “spreading his power” in order to attack the United States. Maxime once declared that Vladimir Putin invaded Korea![6] If that is not an infallible sign of a pathological liar or a political psychopath, then we have lost common sense in the culture.

People like Maxime are mad, sad, and want to be bad because they have lost a major battle in Syria. The Assad government would have been dumped in the trashcan of history long ago had it not been for the Russians. Whatever you may want to say about Russia or Vladimir Putin, the simple fact is that the New World Order wanted to balance their political equations without Assad, and Russia responded by saying no.