[ Editor’s Note: No big surprise here. The marriage of Russian gas and Germany is here to stay because after landing in Germany it will be connected to a wider distribution network. The heart of the EU industrial economy is affordable gas.

It is obviously critical to the EU’s long term energy security to have multiple sources that it can depend on that cannot be held hostage by problems in one country, that would include an outside actor like the US wanting to muscle in on the EU gas market by choking a transit point somewhere.

Trump’s plan to do this with more expensive LNG gas never made sense from day one with its Mafia perspective, where you find a way to extort a buyer into taking your high priced goods.

Trump was confidant that with the extortion tools available to him as president by playing the sanction bogeyman, given time he would rule. With the huge oversupply of oil and gas, rock bottom prices, and a major recession, a delay in finishing the pipeline hurts no one.

But despite all of his bluster, a diplomatic or economic genius he ain’t, unless you measure that on how well he has padded the bank accounts of his backers… Jim W. Dean ] 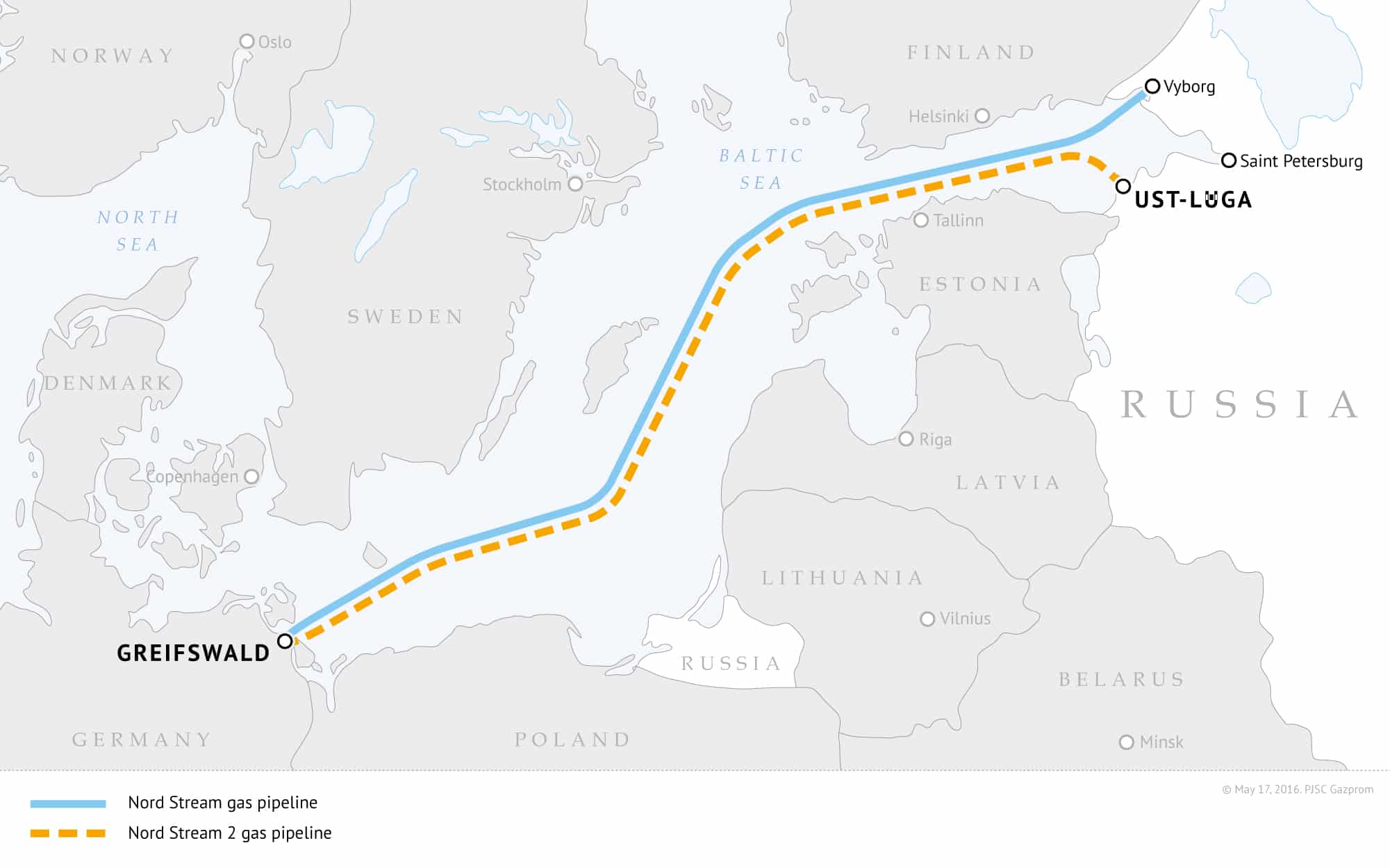 BERLIN (Sputnik) – Berlin is not planning to respond to any US sanctions placed on the Nord Stream 2 gas pipeline despite disagreeing with the US position that the involvement in the project poses a threat to NATO, Germany’s Federal Cabinet said in a document on Monday.

“The government will not initiate the discussion of retaliatory measures, diplomatic sanctions or entry bans against those responsible for the Nord Stream 2 sanctions. The government believes that such measures are not useful. Additionally, the government draws attention to the fact that countermeasures to sanctions can only be introduced in agreement with the European Union,” the cabinet document reads.

At the same time, lawmakers reiterated their rejection of international sanctions and expressed their belief that the involvement in the gas project does not pose a risk to NATO.

“The federal government does not share the view that German policy towards Nord Stream 2 threatens NATO,” the cabinet document said.

In February, US President Donald Trump voiced his approval to levy sanctions against the Nord Stream 2 project, a 745-mile-long twin pipeline that will carry nearly 2 trillion cubic feet of gas annually. The project is a joint venture between Russia’s Gazprom and five other companies, including Germany’s Uniper and Wintershall.

The Nord Stream 2 is a joint venture between Russia’s Gazprom and five European companies. The 745-mile-long twin pipeline will carry up to 1.942 trillion cubic feet of gas per year from Russia to Germany through the territorial waters or exclusive economic zones of Denmark, Finland, Germany, Russia and Sweden. Washington has long been opposing the project, while trying to promote its liquefied natural gas to the European market.

Washington imposed sanctions on the project in December, and Swiss contractor Allseas almost immediately suspended the construction of the gas pipeline. Russian President Vladimir Putin said in January that the pipeline should be finished by 2021, or by the first quarter of next year at the latest.