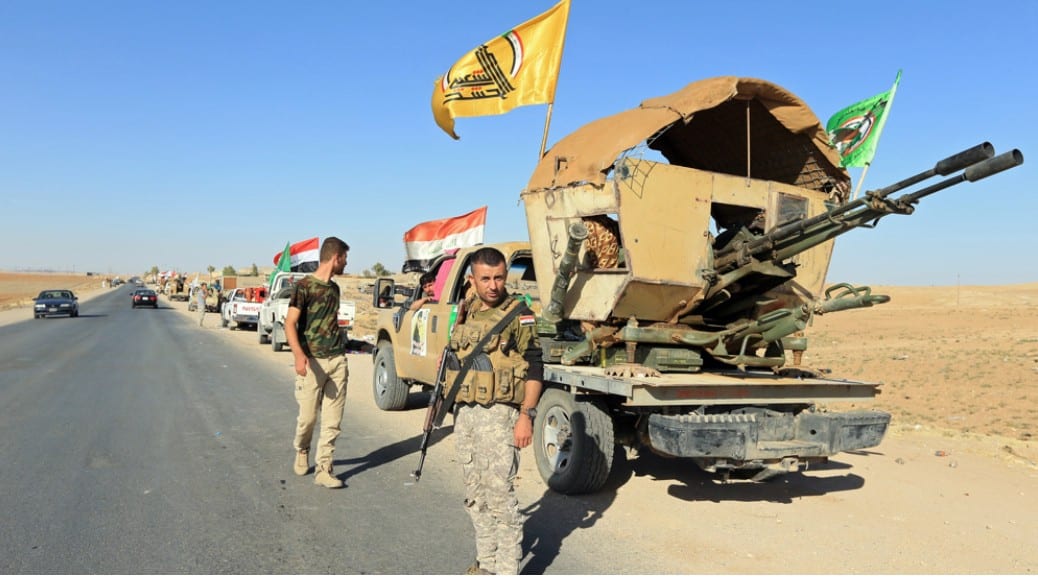 Iraqi army troops and allied fighters from Popular Mobilization Forces — known as Hashd al-Sha’abi — have conducted fresh operations against Daesh militants amid warnings of collaboration between the United States and remnants of the Takfiri terror outfit in the country.

The operation covers “Wadi Houran, Husayniyyat, Al-Kara, H2, and Wadi al-Hallcom, all the way to international borders” in Iraq’s western Anbar Province with an aim to “enhance security and stability in these areas, to pursue terrorist elements and to arrest those wanted,” it said in a statement.

The new campaign followed a string of deadly attacks by Daesh terrorists targeting Iraqi forces, among them Saturday’s assault in Salahuddin Province that killed at least 10 Hashd al-Sha’abi fighters.

It came one day after the arrest of another Daesh element, Abu Abdulmalik, in Nineveh’s provincial capital of Mosul, which once served as the terror group’s main bastion in the Arab country.

Also on Monday, Rudaw media network reported that an explosive-laden vehicle had gone off in Madham area in western Anbar, killing the occupants — all terrorists.

Among those slain were Daesh military commander Abu Ghasurah, the report said.

Meanwhile, Mahmoud al-Rubaye, spokesman of Iraq’s Asaib Ahl al-Haq group, which is part of the Hashd al-Sha’abi, said that the US has long been supporting terrorists in Iraq and Syria and that Daesh is part of Washington’s scheme to disintegrate the region.

The US, he added, plans to settle Palestinians in western Anbar under President Donald Trump’s self-proclaimed “deal of the century.”

Rubaye also emphasized that the Americans should honor the Iraqi parliament’s resolution on the withdrawal of foreign forces from the country. The resolution was passed in January following the US assassination of top Iranian anti-terror commander Lieutenant General Qassem Soleimani and senior Hashd commander Abu Mahdi al-Muhandis, in addition to several other comrades.

The US is evacuating its bases in Iraq and amassing its troops at Ain al-Assad and Harir bases, situated in Anbar and Kurdistan’s regional capital of Erbil, respectively, in the face of the outrage of the Iraqi people and popular forces, he pointed out.

Asaib spokesman further warned of armed resistance if the US refuses to leave Iraq and settles in the country’s remote areas.

Additionally, Iraq’s Harakat Hezbollah al-Nujaba, which is also part of Hashd al-Sha’abi, said the US has been planning to transfer senior Daesh commanders from eastern Syria to neighboring Iraq.

“Washington is insisting on the implementation of a plot to return the terrorists to Iraq by transferring a large number of ISIS (Daesh) commanders and militants from the eastern Euphrates and other parts of Syria,” it said in an online statement.

The group also described the Americans as “occupiers,” noting, “We stress that the Islamic Resistance of Iraq is monitoring all your destructive plots to prevent the dangers which threaten the Iraqi provinces.”

Iraq’s Badr organization says the US and Saudi Arabia are seeking to revive Daesh, adding that recent attacks by the Takfiri terrorist group serve that aim.

Hashd al-Sha’abi fighters played a major role in reinforcing the Iraqi army, which had suffered heavy setbacks against the Takfiri elements.

Iraq declared victory over Daesh in December 2017 after a three-year counter-terrorism military campaign, which also had the support of neighboring Iran.