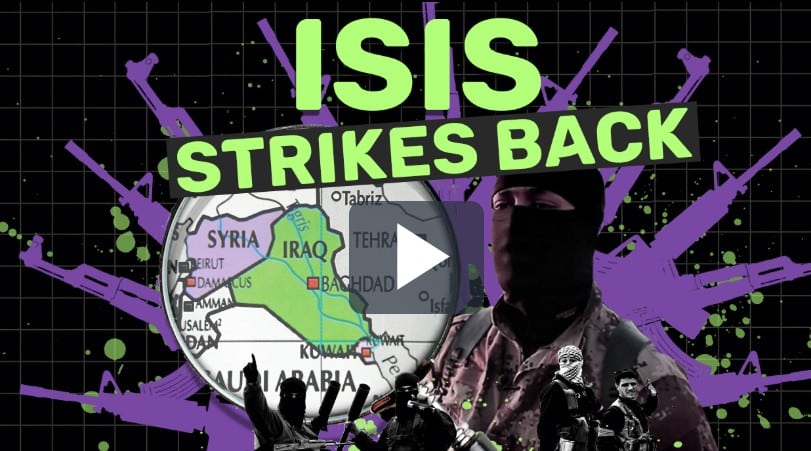 Tensions between Hayat Tahrir al-Sham and the Syrian Army are growing in southern Idlib. Recently, government forces repeatedly shelled positions of the terrorist groups in the Zawiya Mountain area. The most intense shelling targeted Hayat Tahrir al-Sham terrorists near Fatterah and Sufuhon.

Hayat Tahrir al-Sham and the al-Qaeda-affiliated “Wa Harid al-Muminin” operations room described this as a blatant violation of the ceasefire regime and announced that they’d killed several pro-government fighters in retaliatory strikes.

At the same time, Hayat Tahrir al-Sham blocked several Turkish military vehicles near the town of Darat Izza in western Aleppo. According to local sources, the group is opposing the growth of the Turkish military presence there because earlier Turkish-backed forces opposed its attempt to reopen commercial crossings with the government-held area in western Aleppo and eastern Idlib.

Contraband traffic and various fees on commercial activities are an important source of Hayat Tahrir al-Sham’s income. Therefore, despite the public declarations to defeat the Assad regime, the group is interested in trade between the militant-held part of Greater Idlib and the government-controlled part of Syria.

Militant groups directly controlled by Turkey also faced a series of attacks. On May 2, a prominent commander of the Sham Corps, known as Haj Talib al-Khatib, survived an assassination attempt receiving light injures. Unknown gunmen on a motorcycle fired on his vehicle on the road linking the towns of al-Nerab and Sarmin. Late on the same day, Abu ‘Arib, a field commander of the Ahrar al-Sham, died from a land mine explosion on the frontline in southern Idlib. A part of Pro-Turkish sources accuses Hayat Tahrir al-Sham of staging such attacks in order to undermine the influence of its Turkish-controlled counterparts even further.

ISIS cells assassinated two Syrian intelligence officers and a supposed Hezbollah member in the province of Daraa in attacks on April 30 and May 2. These assassinations became the latest in a series of ISIS attacks on government forces. Using the instability on the frontline in Idlib, the terrorist group expanded its operations southern Syria.

The ISIS activity is also growing in Iraq.

Early on May 2, ISIS cells carried out coordinated attacks on positions of the Popular Mobilization Forces in the province of Saladin. Nine fighters of the Tigris Regiment were killed near Mukeshefah and a member of the 41th Brigade was killed near Balad. ISIS militants also briefly seized the PMF positions in the Mukeshefah area.

Later on the same day, ISIS terrorists armed with machine guns and sniper rifles fired on a police station in the village of Zaghinah in Diyala province. Four police officers were killed and nine others were injured.

In a separate development, ISIS units detonated an improvised explosive device on the route of a PMF convoy in the district of Udhaim, and then attacked the convoy’s vehicles with machine guns. A soldier was killed and 3 others were injured.

The increasing number of ISIS attacks in late April and early May even drew the attention of the US-led coalition. On April 29, coalition warplanes bombed the ISIS stronghold in the Hamrin Mountains. The strikes followed a PMF security operation in the area. Nonetheless, the following developments in the provinces of Saladin and Diyala demonstrated that the ISIS threat remains an important factor of the security situation in the country.