Note: It took months and pressure around the world to force Georgia to arrest two alleged Klan murders for butchering an African American jogger in broad daylight on a public street. VT believes a death sentence after a very short trial is due, and we would see public stoning return to the American South, always a favorite with fringe religious types.

From the look of Travis, very “deer in the headlights,” a competence hearing might well be in order. 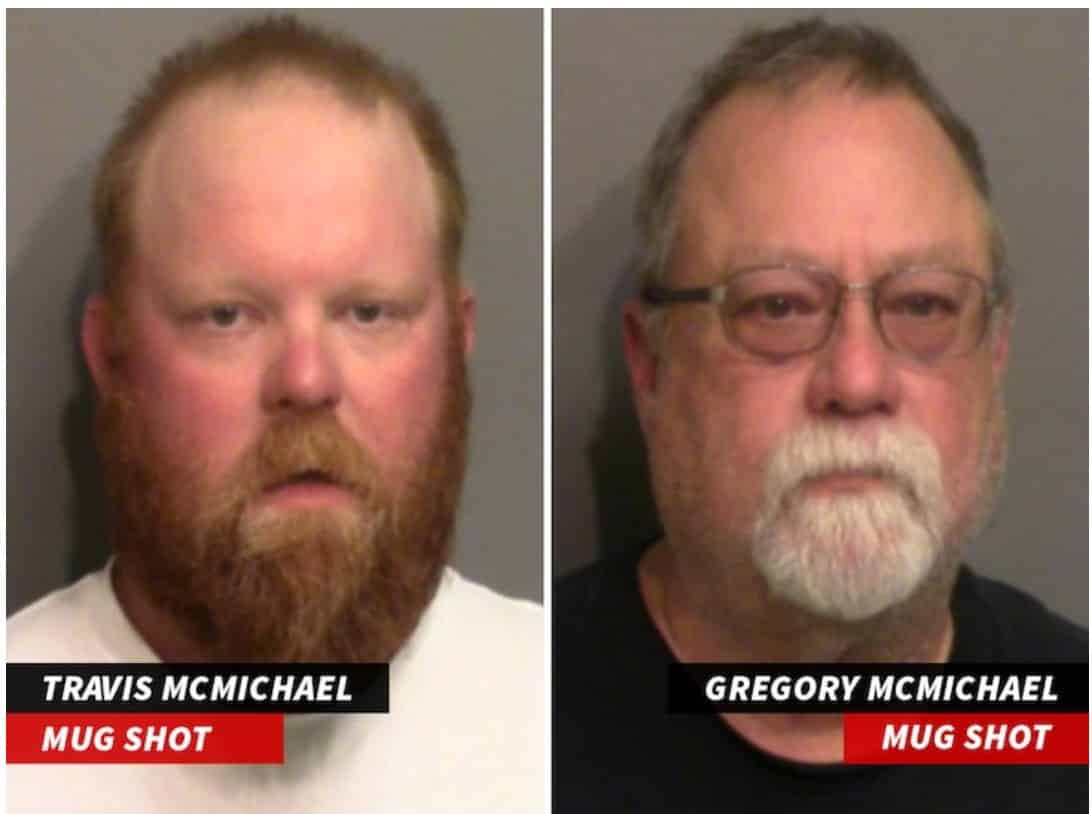 Last year, my brother, a member of local clergy in, of all fucking places, Brunswick, Georgia, died from complications related to brain cancer. It is my belief he would have spoken out for their arrest every Sunday were he alive. He might also have dragged them into the street himself and tarred and feathered both of them or, just perhaps something a bit more.g

Ahmaud Arbery was running "in an area of Georgia that’s been described as dotted with Confederate flags, with a history of mobs of white men taking justice into their own hands in a manner that leaves black men dead." https://t.co/1ip1y11NxQ

Gregory McMichael and Travis McMichael have been arrested in Georgia and charged with murder after allegedly killing Ahmaud Arbery, according to authorities.

The arrest comes after the release of video from the shooting. https://t.co/CDWhh1SUCT pic.twitter.com/jnkbvTrH6o

Two Georgia residents were arrested on Thursday and charged with the murder and aggravated assault of 25-year-old Ahmaud Arbery, which was caught on camera and recently went viral as it sparked outrage on social media.

Gregory McMichael, age 64, and Travis McMichael, age 34, were arrested by the Georgia Bureau of Investigation (GBI) on May 7 and booked in the Glynn County Jail over the February 23 murder of Arbery. A follow-up press conference on the matter will be held in Brunswick, Georgia, at 9 a.m. local time by the GBI, according to the bureau’s Facebook post.

The graphic footage, which has been described as a “modern day lynching,” shows the two men chasing after the 25-year-old in the last moments leading up to his death.

A previous report filed in the Glynn County Police Department (GCPD) and obtained by NBC News alleged that the “unidentified male began to violently attack Travis and the two men then started fighting over the shotgun.”

Two shots were fired amid the struggle and Arbery is seen falling to the ground in the video.

If two black men in Georgia chased down a young white guy because they “thought” he was a “burglar” and murdered him, would it take a month and a half to make an arrest? Give me a freaking break. Shame on us…again. pic.twitter.com/GDLnH9DHaO

​Despite the incident occurring back in February, the now-viral video did not make it to social media until around May 5, prompting the GCPD to launch a separate investigation into its public release.

Took over two months for Georgia cops to even ARREST these assholes https://t.co/Q411vFJOF3