Home World WUHANGATE – 6. Too Many Influenza’s Cases at Military Games in China.... 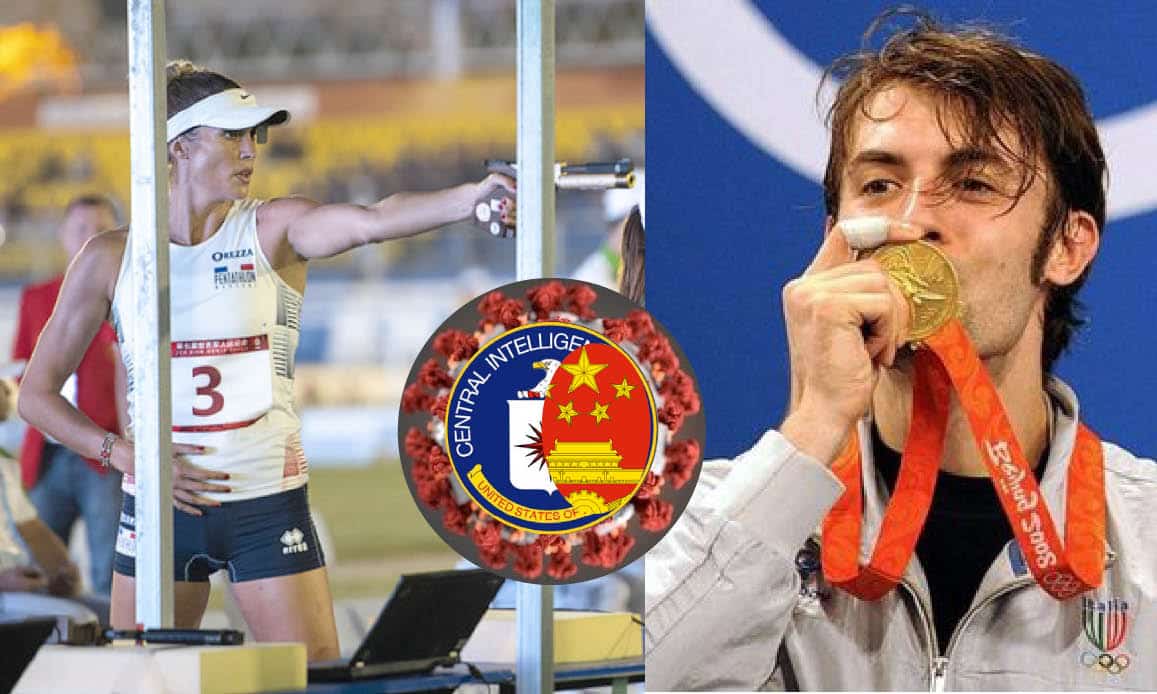 A terrible influenza knocked out numerous athletes during the Wuhan Military Games. This was revealed by the French pentathlete Elodie Clouvel to the television station Loire7. Then the Italian swordsman Matteo Tagliariol, Treviso champion of fencing and Olympic Gold Medal in Beijing 2008, reiterated this in his statements to the local Italian newspapers.

More than a month after the rumors reported by VT, thanks to the report by Senior Editor Gordon Duff, even the mainstream media have turned the spotlight on that sporting event that could have been the occasion of contagion between China, first country affected by the outbreak of SARS-CoV-2, and the USA, the country most severely cut down by the pandemic with more than 71,000 deaths which make the 4,000 in the Chinese province of Hubei look like nothing.

Who has infected who? This remains for now a mystery in which theories of a worldwide conspiracy are increasingly founded after the declarations of the winner of the Nobel Prize for Medicine, the French virologist Luc Montagnier, on the traces of HIV-1 inside Covid-19 which would prove, according to him, the creation in the laboratory.

The name of the new strain of CoronaVirus derives from its discovery in December 2019 by the doctor hero Li Wenliang, persecuted by the Government for his revelations and then killed by the disease in circumstances made mysterious by Chinese military secrecy.

But now the statements of two athletes who participated in the October Military Games supports the hypothesis that the new Acute Respiratory Syndrome (Sars from the acronym in English) appeared at least two months earlier.

And with it the suspicion is strengthened that the epidemic did not spread by chance but as “a poison spread by a rich country” as claimed by the metropolitan cardinal of Sri Lanka, who became a little intelligence expert after the massacre in churches of his country occurred in Easter 2019 for the explosive attacks of ISIS suicide bombers supported by some foreign countries.

«To raise the suspicions, already circulating in recent weeks, were the latest statements by the French pentathlete Elodie Clouvel who, interviewed by the television broadcaster Loire7 to discuss the postponement of the Tokyo Olympics, explained that he did not fear a possible contamination from Covid- 19: “I think that with Valentin (Belaud, another pentathlete) we already had the coronavirus because we were in Wuhan for the Military Games. We got sick, he missed three days of training, I had problems never before. And when we have talked to a military doctor, he told us: I think you have already had it because most of the delegation got sick”».

This was reported by the Italian agency Ansa, dedicating in the afternoon the opening of its information portal to the news but then reporting the inevitable official denial of France.

The French delegation that participated in the Military Games was made up of 406 people including 281 athletes and, following suspicions of possible cases of Covid-19 on returning from Wuhan, the Ministry of Armed Forces, which had not been officially expressed so far, has released a clarification that denies that some athletes have contracted the virus.

«The Ministry wishes to recall that when the World Military Summer Games took place from 18 to 27 October 2019, in Wuhan, China, the epidemic linked to Covid-19 was not known at the time – reads the note published by the team -. The first Covid-19 case was reported by China to the WHO only on December 31, two months after the event ended».

The patch is worse than the hole, a seamstress would say. The attempt to hide behind the finger of the “official discovery” is in fact too trivial a justification to be considered reliable. While the declarations of the Italian swordsman Mario Tagliarol are worthy of great attention, who told the Gazzettino, the newspaper of the Veneto region, about his terrible alleged flu in detail.

«Yes, I was sick after Wuhan. I’m fine now. I don’t know if I got the coronavirus: I have never been tested and I don’t have the scientific skills to know it – explains the 37-year-old athlete – as soon as possible, when the national health service will no longer be saturated with the requests of people who really need treatment, surely I will go to be tested».

The Treviso fencer of the Italian Air Force (Aeronautica MIlitare), who won an Olympic gold medal in the individual sword specialty, had been in the Chinese city between 18 and 27 October last year to participate in the World Military Games, which attracted over 10 thousand athletes from various nations.

«After the World Championships in Wuhan at the end of October, many athletes had become ill with a flu. And I too was sick – explains Tagliariol – I developed an acute flu form, which affected the lungs, from which I recovered by taking drugs and with a course perhaps a little longer than usual. There can be two things: it may be that I am asthmatic and consequently the flu forms often hit me in the lungs or, given the symptoms, there is the possibility that he was hit by the coronavirus».

«We all got sick, 6 out of 6 in the apartment and many also from other delegations. So much so that the medical supplies had almost run out of medicine. I had a fever and cough for 3 weeks – added the Italian swordsman according to the ANSA report – and the antibiotics did nothing; then it fell to my son and my partner. I’m not a doctor, but the symptoms seem to be those of covid-19».

In the last hours the media have reported a softer version of the same Tagliarol that has made further statements based on greater caution, reiterating that he has no certainty of having contracted the Covid-19.

At the time when the scientific community has even targeted Professor Montagnier trying to refute his revelation on the presence of sequences of HIV-1 in the new strain of CoronaVirus despite the French virologist winning the Nobel Prize in Medicine in 2008 precisely for having discovered the viral agent of AIDS, it is very easy to imagine that the Air Force athlete has received very strong pressure.

The big media, however, continue to ignore or define the conspiracy theory of biological warfare, escaped from a laboratory or deliberately spread (for example with nano-drones as supported by intelligence sources), although it is the only one able to explain the pandemonium caused by SARS-CoV-2 that has made skyrocketing on the world stock exchanges the actions of some unscrupulous pharmaceutical company, already suspected of having tested bacteriological weapons on human guinea pigs with many deaths, thanks to their antivirals and research on vaccines.

In the next Wuhangate 7 report we will see which are the 20 US laboratories reported to the UN in relation to the Biological Weapons Convention which had the technical capabilities to create highly dangerous viruses and have developed delicate research on “recombinants”. Some of which also kept hidden at the United Nations too!