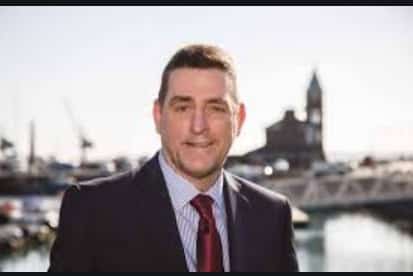 British political strategist Anthony David Canivet Webber, in reaction to the various leaks in media about the discord between Syria and Russia, said “the Syrian government led by President Assad has made major achievements and made many well reasoned decisions to save Syria from the Islamist onslaught.”

“Obtaining Russian support has been a strategic game changer. The same applies to support from Iran and others. These decisions have all helped changed the tide of war in their favour.“

“In a conflic situation it is very difficult to make the right decisions at the right time because there is a need to have the right prioritisation of where to put forces and resources. Broadly these decisions have been the right ones. President Assad has also been seen as  the spirit of the Syrian people’s resolve and determination to win through during nine years of conflict

It is an amazing achievement under such horrendous odds. President Assad certainly deserves credit for what he had achieved,” he added.

Regarding Potential conflict with the Russians, Webber said “It may well be that from time to time the Russians would have preferred the Syrian government to be more co-operative with their political line but these things will happen when two allies are working together with a common objective .

Russia can be commended for being very clever politically and militarily from the very onset of their involvement. They obviously would prefer the country they have invested so much in terms of military and other support , to have maximum agreement with how they go about achieving their objectives.

This publicity could be just a reminder to Syria about how much efforts Russia has put into saving Syria. President Putin is an indomitable man who is used to getting his way. His way has generally been politically and militarily the correct course of action. He may want the Syrian government to be more grateful and perhaps humble. He also is perhaps aware that Syria is taking more assistance from the Chinese, as with the new successful air defense system .”

“The Syrians sometimes feel that the support of the Russians is qualified . That the Russians tolerate the continued Israeli bombing of strategic and military targets in Syria, which does cause civilian as well as military loss of life, is something Syrian people find very perplexing . They feel Russia is playing an international power game and is prepared to tolerate some sacrifices of Syrian military targets as long as they do not go too far .

President Assad could be accused of being too tolerant too but he is looking at the wider picture of keeping Russian support and not giving Israel an excuse to wage much heavier attacks on Syrian soil,” he added.

“There has recently been publicity too, of the family orienrated power struggles in Syria and the influence President Assad’s cousin had . This extended to many important contracts, especially in relation to Syria’s oil and gas resources. It is said that his mismanagement largely contributed to Syria losing many of these resources to ISIS daesh and other jihadists as well as the Kurds.

To learn about all that went on was a disturbing revelation about some of the major corruption which has gone on in Syria . When there is a war to fight, issues such as dealing with corruption sometimes get put back . In reality they need to be dealt with immediately because such corruption is of propaganda value to the jihadists and others. It is an indication of President Assad’s strength that he is starting to deal with corruption and the misuse of power. To those outside of Syria who do not understand that bribery and corruption at least on a minor scale is almost part of daily life, it come as a bit of shock to discover that it can exist on a much larger scale too.

It is to be hoped that President Assad will make efforts to clear Syria of any remaining corruption and the abuse of power by clans, individuals and groups . In the outside world President Assad has succeeded in accumulating a large number of supporters who admire the way he has pulled Syria through this difficult period . They would very much back him in completely clearing Syria of any bribery, corruption and misuse of power issues. One key issue President Assad needs to resolve is the effectiveness of his Information Ministry in dealing with the outside world, journalists, commentators and influencers. It is often very difficult to obtain information of interest to the media from the government and this definitely is not helping them in obtaining more sympathetic support in the world media. This is all very important as the Syrian conflict enters its final stages,” webber said

“The battle for Idhib is the crucial one . It is why those opposing Syria are putting everything into it . Like the last throw of the dice . Every piece of propaganda and military effort will be used to stop the Syrian government . Syria has thus had the invasion of Turkish official and unofficial forces which has undoubtedly complicated the situation . At the same time ISIS daesh and other jihadists have sprung back into causing nuisances in other areas. It is strongly argued that these resurgences could not happen without outside support, such as from the Americans. It is a difficult time for Syria and there will be tactical disagreements with Russia and others. But at the end it is very likely that President Assad And his government will pull through, and that final victory and a sigh of relief for the Syrian people will come about. Then the major reconstruction of Syria can begin in earnest. It is in fact amazing to the outside observer that any reconstruction has been achieved at all, but it has been,” he concluded.