[ Editor’s Note: This video “confession” adds new pieces to the puzzle that makes the capture of Maduro a possible fantasy story. The size and quality of the force would never have been able to “attack the heavily fortified presidential compound”.

Captured mercenary, Airian Berry, reveals in his video confession that the extrication airport was a military one six miles from the Presidential palace, which would also have been heavily guarded.

We have a story that, after these guys shot their way into the palace through the presidential guard and then back out again, they thought they could survive the gauntlet of fire on the way to the airport through numerous roadblocks.

And then they would fight their way through the notified airport security people with the surviving mercs who were not killed or wounded in the palace attack and lost on the way to the airport. I would have wanted my merc fee paid in advance to my soon to be widowed wife and children.

This seems like a story made for the movies. I can see some drug addicted, totally strung out US vets maybe buying into such an operation, but not Special Forces people. That said, the next question would be why would they provide this fantastic tale as a cover story? What would they gain from it?

The size and quality of this group would seem to me to have had only one assignment, which the first video confession gave us, “to secure an airport”. For the rest of the manpower I can only imagine that a SEAL quality assault force and then a hefty backup crew of Guaido military “changing sides people” could have pulled off the Maduro grab and then got him out of the country.

But that would only be the case if this confessed plot were true. In the game of games, their cover story could have been the current one, knowing that Maduro and his people would swallow it whole.

That would mean there was another mission, that once the juicy kidnap Maduro one was revealed, the secondary one would never be looked for. I can’t see how the native Maduro opposition could not have been involved in this.

Venezuelan security claims to have infiltrated this rump “invasion” force and was waiting for them. It would have done the same for the Guaido faction participants and rounded them up, too, but we have not seen one arrest. Color me suspicious… Jim W. Dean ] 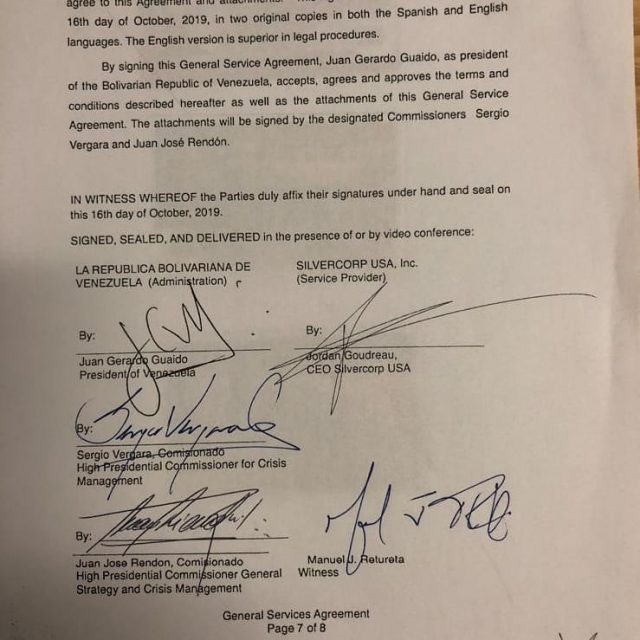 An American soldier of fortune captured during a botched attempt to seize Venezuela’s leader has claimed his group had plotted to raid Nicolas Maduro’s presidential palace before spiriting him away “however necessary”.

Airan Berry, 41, was one of two US mercenaries captured by Venezuelan security forces this week after what appears to have been a catastrophically executed attempt to topple Maduro by sneaking into the South American country in a pair of weather-beaten fishing boats.

In an edited televised confession, broadcast by Venezuelan state television on Thursday, Berry claimed one of the group’s key objectives was to commandeer the heavily fortified Miraflores palace in the capital, Caracas.

#BREAKING | Venezuelan government presents the testimony of the second mercenary and U.S. national captured while attempting an armed incursion, aimed to take President @maduro_en in a plane to the U.S. This is part of Airan Berry confession: pic.twitter.com/5verffHrI2

Asked how they planned to extract Maduro from the 19th-century building, the Iraq veteran answered, “I’m not exactly sure – however necessary.”

Berry said the group had also planned to “secure the airstrip” at La Carlota, a military airbase at the heart of Venezuela’s capital, in order to fly Maduro out of the country.

The base is six miles west of the Miraflores palace and was the scene of a failed attempt to spark a military uprising against Maduro on 30 April last year.

Asked where the plane would have taken Maduro, Berry, a former special forces engineer sergeant in the US army, replied, “I assume that it is the United States.”

Berry’s declarations were broadcast one day after a similar video featuring the group’s other North American member, Luke Denman.

Denman, 34, told his interrogators his mission had been to apprehend Maduro and take him to the US. “I thought I was helping Venezuelans take back control of their country,” he said.

There was no sign any lawyers were present during either alleged confession, or that the men were not speaking under duress.

In an interview with the Wall Street Journal, Ephraim Mattos, a former Navy Seal who knows Denman, said the former special forces soldier appeared to signal he was speaking under duress by moving his eyes while talking about Donald Trump’s supposed involvement in the planned attack.

“He looks off screen real quick,” Mattos told the newspaper. “That’s him clearly signaling that he’s lying. It’s something that special forces guys are trained to do.”

US Secretary of State Mike Pompeo raised eyebrows this week by denying “direct” involvement in the plot.

The Venezuelan opposition leader Juan Guaidó, who has also been linked to the conspiracy, has denied currently being involved with the US-based private security firm that employed Berry and Denman. But his spokespeople have declined to say whether they previously did have such connections.