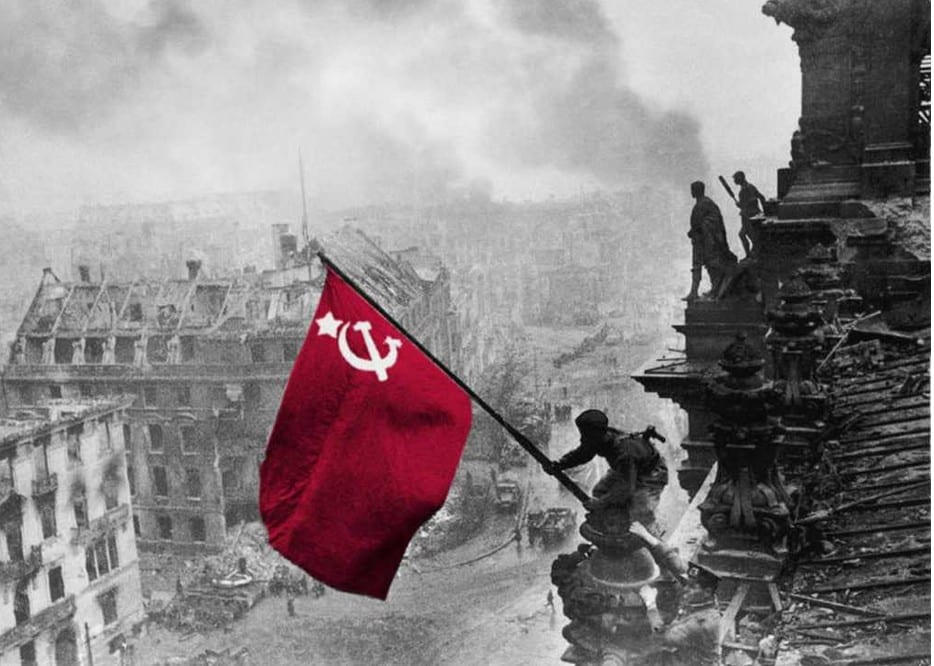 Dedicated to the 75th anniversary of the Great Victory!

Imagine a thin and little girl of 12 years old standing in front of a dozen teenagers who called her into the school yard in order to teach a rebellious Russian classmate their version of a life lesson. It happened in Canada, in one of those provinces glorified by Jack London, where the severity of morals was mitigated by early permissiveness in gender relations. The Russian girl Katya did not want to accept the rules of the pack and the aggressive classmates thought should be punished.

Canadian winters are harsh, and that day was -25C. Katya went out into the yard, ready for battle. One against 12. She was barefoot. Her parents raised her on examples of Soviet films and she remembered that the soldiers at the hour of the mortal battle went into battle without shirts with open chests. She decided to take off her shoes and socks.

Katya came up to each of the teenagers, looked into their eyes, ready for battle, but they lowered their eyes and retreated. None of them could fight her. Girlish bare feet in the snow pierced their consciousness: Katya is ready for death she will not give up.

Coach Igor Starin, who knew Katya from classes in his fight club, where she came to learn how to fight, called Katya an example of the perfection of the Spirit. She managed in her 12 years to reach spiritual maturity to the level of invincibility.

Oriental wisdom states: with a small key, large doors open. This little girl is the key to understanding Russia. Her story makes it possible to understand how the Great Victory and the tragedy of war still educate new generations of Russians, not only in Russia itself, but everywhere in the world where fate has thrown them.

Impeccability of moral position, readiness for self-sacrifice for the Motherland and noble mercy for the defeated enemy – these three spiritual pillars together constitute the invincibility code of Russians. The memory of the Great Victory is a precious part of the spiritual heritage of Russia, which helps new generations to educate their children ready for any challenges.

The fascist ideology of “super-man” and lower races created a strategy aimed at the extermination of entire nationalities living on the territory of the USSR. “It is important for us Germans to weaken the Russian people to such an extent that they are not able to prevent us from establishing German supremacy in Europe,” said the explanation of the Ost master plan, the monstrous program document of Hitler’s genocide in the conquered territories of the USSR.

The war in this regard was explained by the “need to expand space” for the Germans, “what we need, we can get only through violence and war.” We will receive a new “German soil” only if we destroy those who occupy it. One of the participants in the Nuremberg trials testified that Himmler had already explained to the twelve leaders of the SS groups in early 1941 that the extermination of 30 million Slavs was “the goal of the campaign against Russia.” The same witness confirmed to the Soviet prosecutor, “that the struggle against the partisan movement was an excuse for the annihilation of the Slavic and Jewish civilians.” By the beginning of the Eastern Campaign, Hitler had instructed that the occupied areas “as quickly as possible” be reassured “… best of all, by shooting everyone who looks askance.”  With German pedantry, the “Master Plan Ost” provided for the systematic destruction of civilians on the lands planned for capture, and the use of the territory for the German economy.

There are numerous attempts by historians to deny the “General Plan of Ost” to explain it as a chimera, “waking dreams”, systematic delusions of a maniac, just a project that hovered only in the fantasies of Hitler, Himmler, Heydrich and the SS and had no practical embodiment. But now it has been established that the Ost Master Plan, having successfully deployed, has given work to thousands of state criminals: politicians, SS officers, officers and soldiers, bureaucrats, scientists and ordinary killers; he turned into suffering and death of millions of Soviet people and citizens of Eastern Europe. The German leadership created a gigantic machine for the destruction of civilians.

Hitler, by his decree of October 7, 1939, “On the Strengthening of the German Nation,” entrusted Heinrich Himmler, the “Reichsfuhrer SS” and the head of the German police, all the powers to execute the plan of Ost. Himmler immediately appropriated the title of “Reichskommissar” and henceforth was considered the chief manager of the “general planning” for the “Eastern European space,” which immediately ensured the work of SS employees and additionally created special institutes.

Treacherous attack on the USSR

By 3.15 a.m. on June 22, 1941, Hitler had prepared an attack against the Soviet Union with 153 divisions, 600,000 motorized assets, 3,580 tanks, 7,184 artillery guns and 2,740 aircraft. It was a powerful military force, concentrated on the only theater of war in the all history of wars. Along with the German offensive forces there were 12 divisions and brigades of Romania, 18 Finnish divisions, three divisions of Hungary, and two and a half divisions of Slovakia. Later three Italian divisions and the Spanish Blue Division joined the advancing aggressor. All Western military experts in 1941 argued that the Wehrmacht was even theoretically inconceivable of defeat.

The attack on the USSR was launched without a declaration of war. This contributed to the fact that the Luftwaffe managed to destroy half of the 10,000 Soviet military aircraft during the first raid. And further on the experience of operations in Poland, the Nazis moved tanks with wide flanks and then closed them around the resisting units of the Red Army. “Our tasks in Russia: to defeat the armed forces, destroy the state. The struggle of two ideologies. Verdict on the complete annihilation of Bolshevism, which is an antisocial criminal, ” – Officer Halder wrote in his diary after a lecture given to them by Hitler. For the USSR, Hitler did not want any promises of liberation, as was done previously for Europe, but “a final decision!” – complete destruction by dismemberment. “Cruelty in the East is kindness towards the future” was Hitler’s conviction. He bluntly declared: “We will destroy Russia so that it can never rise again” …

Hitler planned to end the Russians in two weeks, later by mid-September 1941. He described the fighting on the Eastern Front to the Spanish Ambassador Espinoza as pure “mass killings of people” “Sometimes the enemy had attacked in waves of twelve or thirteen rows deep and had simply been cut down. The people reduced to chopped meat.” The Russian soldiers, he said, “were partly in a state of torpor, partly of sighs and groans.” This rapture of the butcher with the blood and death of people clearly shows Hitler’s mental problems.

At the same time, he indulged in long-standing dreams filled with hatred. He planned to strangle Moscow and Leningrad with starvation and thereby cause an “ethnic catastrophe”, which would deprive not only Bolshevism in its centers, but also destroy Muscovites and Leningrad residents. Then he wanted to wipe both cities off the face of the earth. Those who will surrender, exterminate. On spot of Moscow a giant reservoir was supposed to remain.

When the Soviet people realized the unprecedented cruelty of Hitler’s plans and saw how the civilians in cities and villages were being killed, how the Nazis hanged, burned, tortured and didn’t spare anyone, the whole population of a huge country rose to war. War has become a sacred affair. Even children heroically fought for their homeland. 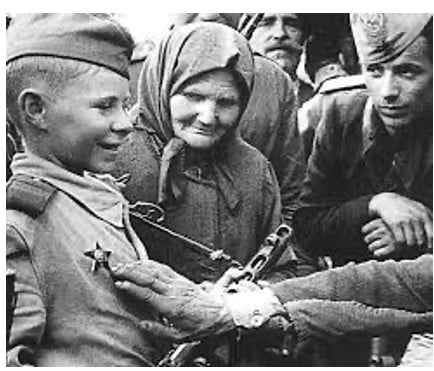 Women and children heroically worked in the rear. Orphans, children brought from the occupied territories and besieged Leningrad found maternal care and shelter in the families of Uzbekistan, Tajikistan, Kyrgyzstan, Siberia and the Urals. In Kyrgyzstan, a young girl Toktogon Altybasarova took care of 150 children from besieged Leningrad, becoming their mother. She was only 18 years old at that time! 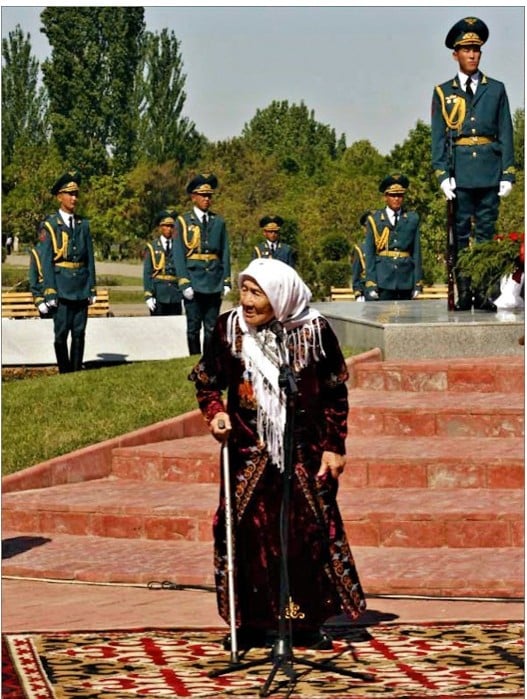 Hitler’s grand cannibalistic plans at the beginning of the operation progressed well. But soon the autumn slush of Russian roads and the unprecedented stamina and courage of the defenders of the Soviet country paralyzed the movement of Hitler’s army. The attack on Moscow launched in September (Operation Typhoon) was carried out by the enemy’s enormous manpower. The Germans led to Moscow 1 million 800 thousand people., 1700 tanks, about 1 thousand aircraft. They were opposed by Red Army troops, numbering only 1 million 200 thousand people, 1 thousand tanks (mostly light), 677 aircraft. In October, 650 thousand Red Army soldiers were surrounded.

There was no panic in besieged Moscow. Stalin remained in the Kremlin, sending the government to the Volga in Kuibyshev. Only Boris Shaposhnikov, the Commander of the General Staff, remained with him. The Moscow metro worked all days except September 16th. It was the only day in the history of the metro when it did not work.

Only at the beginning of December did the fascist troops get closer to the near approaches to Moscow. Frosts were still weak. But very soon, General Frost joined the battle. The aggressor was not absolutely ready for Russian frosts -20 – 50 С And, then elite Siberian battalions, perfectly equipped for winter battles, suddenly arrived.

“There will be no winter battles,” Hitler maintained. This was his fatal mistake. But the Führer’s main mistake was the ignorance of the Soviet people, their love of freedom, their willingness to stand to their death for their homeland. The battle for Moscow ended in April 1942 and was the beginning of the end for Hitler and his army. And then there were victories in the battles for Kursk, Stalingrad, Kiev, Sevastopol, Kerch, Tula. The city of Leningrad was saved from the siege, rivers of blood were shed and millions of human lives were lost. After the enemy was expelled, it turned out that the entire territory captured by the Nazis was turned into a huge death camp. After the liberation by the Red Army, most of the occupied territories were depopulated as a result of the extermination of the population by the Nazis. 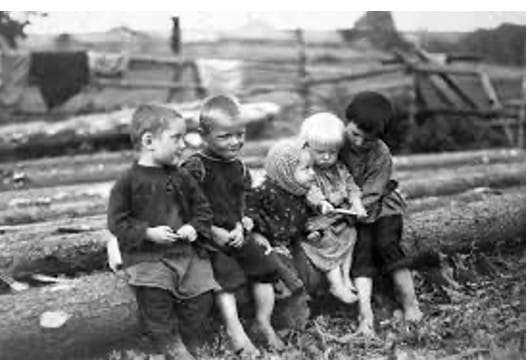 But the USSR won this terrible war. Because it was a holy war for every Soviet person and everyone was ready for the feat and performed these feats every day for a long 3 years 10 months and 18 days or 1418 days and nights.

And today, when I see how new madmen dream of destroying Russia, with all the forces of dirty propaganda trying to erase the memory of the Great Victory and the winners, I want to tell them: Wake up! In Russia and all former republics, on all continents and countries of the world, the descendants of Soviet people remember that war and those who wanted to destroy them. Each family carefully preserves the memory of those who fought against the enemy, shed blood or gave their lives for the Victory.

The invincibility code is written in our blood.