[ Editor’s Note: This is an old story, but I am publishing it because it was a front and center topic at the Eighth Moscow Conference on International Security conference held on April 23-25.

It seems to have not gotten much coverage in the West, despite defense ministers from 35 countries attending and 1000 experts from 100 countries participating. Western media has a steady stream of diversion issues on the table at any given point to give cover to mass media not covering a conference like this.

Russian General Viktor Poznikhir did not have to be a VT reader to present our long time position that the eastern European countries assisted in basing US weapons to provide a weapons capability of launching a first strike from advanced positions to intercept a Russian retaliatory strike during its vulnerable ascending state. This scenario provided the motivation to get control of Ukraine.

We had also mentioned in the past that Russian tactical nukes being fired to take out NATO strategic positions in Europe, even if some were intercepted, could contaminate  large areas of Europe themselves.

Anyone positioning for a first strike position was actually becoming THE biggest security risk to all of us on the planet. Yet, there is no forum to prosecute such a party before the contamination happens, and it would be hard to do so among the post strike ashes.

China now has Navy parity with the US in terms of ship hulls, but not in combat strength offensively. But for now, China needs no offense as, like Russia, it has a large area to defend on both land and sea that it historically claims, based on its having traded since the earliest days in the South China Sea.

Nevertheless, we may have a light at the end of the tunnel. Will the double punch of Covid-19 and a worldwide recession wake the public to the huge sums spent on winning an unwinnable war?

The scramble for budget resources is going to be a take no prisoners game. Vote selling will not have to be openly done, but Trump with his mouth may not be able to stop himself from inferring such at every occasion.

Remember Trump is on record with Covid for saying “I don’t take any responsibly for anything”, and “I would rate my Covid efforts at a 10”. This is the rambling of an unhinged sociopath. We have some dangerous waters to navigate the rest of the year… Jim W. Dean ] 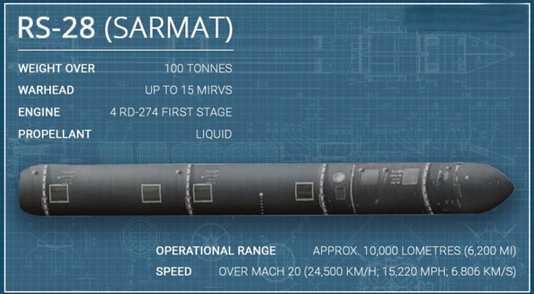 The United States is deploying missile defense systems near Russia’s borders with the goal of obtaining the potential to deliver a surprise nuclear strike on Russia, First Deputy Chief of the Russian General Staff’s Main Operations Department Lt. Gen.Viktor Poznikhir said on Wednesday.

“The deployment of missile defense systems near our borders creates a powerful strike potential for the US enabling it to deliver a surprise [the attacked party won’t be able to strike in response] missile and nuclear strike on Russia,” the general told the Moscow Conference on International Security.

By developing the global missile defense system Washington also seeks to gain the potential to deliver such a strike without a response against any undesirable country, he noted.

In his report, the general explained that the US had developed a concept of pre-launch interception and planned to destroy intercontinental ballistic missiles of Russia, China and other countries while they are still in launchers. Those missiles, which will be able to blast off, are to be eliminated by missile defense systems.

The general warned the states, which now host or will host elements of the US missile shield, that these facilities will become priority targets for destruction. He also noted that using missile defense systems against missiles with nuclear warheads is linked to threats of a long radioactive contamination of the territory. “Therefore, the countries taking part in implementing the Pentagon’s anti-missile plans may suffer,” he explained.

Measures against the US global missile shield

Russia has taken adequate measures against the US global missile shield by creating Sarmat and Avangard weapons with the increased capabilities of breaching this system, according to Poznikhir.

As defensive and offensive armaments are being deployed near the Russian borders on a large scale, Russia has to take “adequate counter-measures,” the general stressed.

These measures were outlined in the addresses by Russian President Vladimir Putin to the Federal Assembly, he said.

“They, primarily, include arming the strategic offensive forces with cutting-edge missile systems with the increased capabilities of overcoming the missile shield, such as the Avangard and Sarmat weapons,” Poznikhir said.

The general recalled the Russian president’s words that Russia was not interested in the strategic arms race, “and is urging the United States to return to the negotiating table for a constructive dialogue on the issues of missile defense and the search for mutually acceptable solutions.”

The Eighth Moscow Conference on International Security is being held on April 23-25. The agenda includes crucial issues related to international security, and the sides will exchange views on modern military dangers and threats, including improving the arms control system. The participants will also discuss the situation in the Middle East, Asia, Africa and Latin America. The defense ministers from at least 35 countries and more than 1,000 experts from over 100 countries are taking part in the event.

The Avangard is a strategic intercontinental ballistic missile system equipped with a hypersonic glide vehicle. According to open sources, the ‘breakthrough’ weapon was developed by the Research and Production Association of Machine-Building (the town of Reutov, the Moscow Region) and was tested from 2004.

The glide vehicle is capable of flying at hypersonic speed in the dense layers of the atmosphere, maneuvering by its flight path and its altitude and breaching any anti-missile defense.

The new weapon was unveiled by Russian President Putin in his State of the Nation Address to the Federal Assembly on March 1 last year. Later, the Russian leader said that “the Avangard system is already in the process of its manufacture and has entered its serial production and in 2019 we are planning to deliver it to the Armed Forces.”

The RS-28 Sarmat is a Russian advanced silo-based system with a heavy liquid-propellant intercontinental ballistic missile. It has been in the process of its development since the 2000s to replace the R-36M2 Voyevoda ICBM.

It weighs about 200 tonnes and has a throw weight of around 10 tonnes. The Sarmat is capable of breaching any existing and future missile defenses.