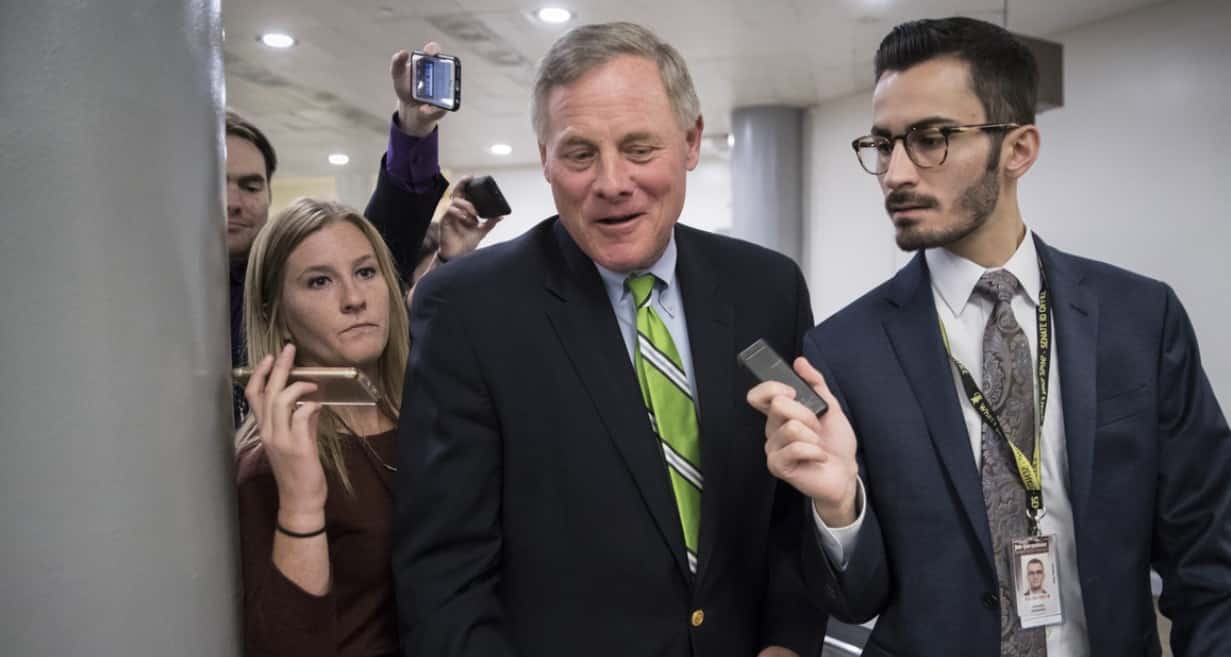 Burr resigned as head of Senate Intelligence Committee as he faces long prison term for his insider trading deals (with Donald Jr?)

Will Trump’s new GOP Senate be meeting in Danbury?

Daily Beast: Federal law enforcement has seized Republican North Carolina Sen. Richard Burr’s cellphone in a probe of his stock sales, the Los Angeles Times reports. Burr, the head of the Senate Intelligence Committee, has already complied with an associated warrant for his cellphone records as the Justice Department investigates whether his actions constitute insider trading.

Senator Richard Burr steps down as chairman of Senate Intelligence Committee as he fights investigation over his stock sales ahead of COVID-19 pandemic.https://t.co/kEW8HzDF3o

The senator, along with his brother-in-law, dumped millions of dollars in stock after a closed-door Senate briefing on the coronavirus in February. Though he told the public the virus would not cause much harm, privately he warned audiences that the effects would be disastrous. The sales shielded him from millions of dollars in potential losses.

After receiving a privileged briefing as Chair of the Senate Intelligence Committee, Republican Sen. Richard Burr dumped $1.6 million of stocks a week before the COVID-19 stock market crash and privately advised his biggest campaign donors to do the same. https://t.co/dPw1nSMeAc

@cnn @vox How many Senators have blood money in their bank accounts due to covid-19 stock sales?https://t.co/R33t28LLst

It's called public service not public career. We need less corrupt career politicians. People who serve America not themselves.

Good new topic? Will Dems take a previously safe Senate seat from Republicans now? Does this righty swing state swing away from Trump? Did he lie about COVID to his own Republican constituents? Will he be taken down over charges of corruption due to COVID? https://t.co/pjOQNI3cMA

BREAKING: FBI agents seized a cellphone belonging to North Carolina Republican Sen. Richard Burr as part of a probe into controversial stock sales at the induction of COVID-19 in the United States. https://t.co/IH4lFvOJk2

NC Republican Senator Richard Burr's brother-in-law sold a half-dozen stocks for as much as $280,000 on the same day in February that he made dozens of stock sales before the market downturn caused by the Covid-19 outbreak. – CNN https://t.co/ZJ7Ksh8pJ1

@Comey you know the Senate intelligence committee is questionable as to their reputation. Richard Burr's covid 19 stock sales! They can't question pertinent Witnesses! Durham is coming tic tock!! I could hear the jail cell closing! Or maybe you'll just rat!! save yourself!! https://t.co/uiqVfFTj6Q