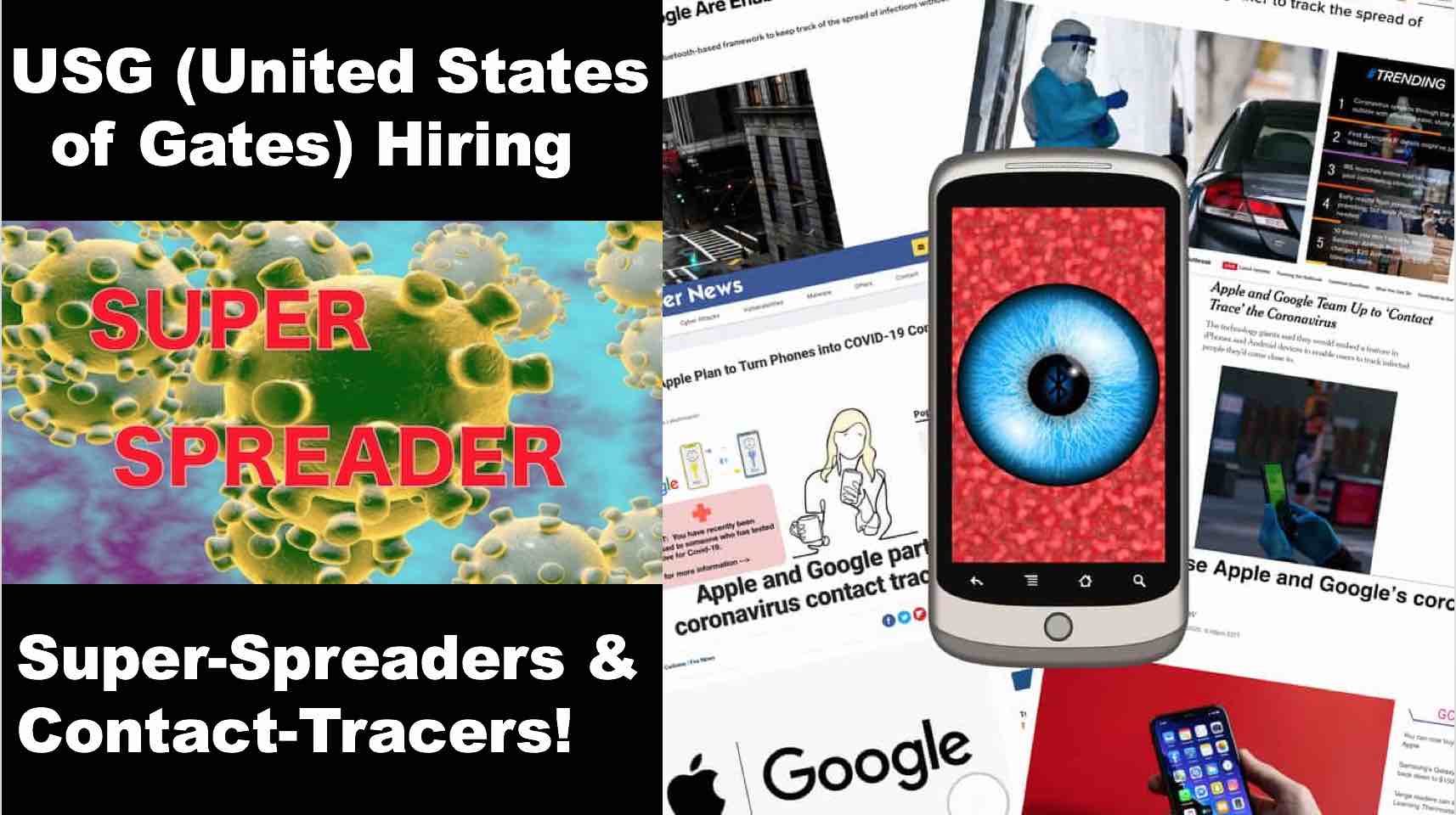 At a joint White House press conference this morning, Bill Gates and Donald Trump announced that the Gates Foundation has acquired the bankrupt United States Government (USG) for pennies on the dollar and launched a new emergency initiative to address the coronavirus crisis.

Trump explained that the first act of the new United States of Bill and Melinda Gates will be signature legislation to “make America great again through better health and shared prosperity.” The president added that a bipartisan Trump-Gates coalition has introduced legislation  to jump-start America’s stalled economy:

Snatching the microphone out of Trump’s hands before the president could say something really stupid, Gates explained that thousands of super-spreaders will be hired to make sure the coronavirus crisis continues long enough to justify the hiring of millions of contact tracers tasked with prying into the intimate details of every American’s private life, including who they have had sex with, when and where they have farted and who was close enough to smell it, and whether any of their Facebook friends ever posted anything questioning big pharma’s line on vaccines.

Gates said the super-spreaders will be paid in excess of $100,000 per year due to the hazardous nature of their work. They will report for duty at the Germ Warfare Division of USAMRIID at Ft. Detrick, Maryland, where they will be infected with coronavirus and tasked with traveling across America, seeking out gatherings of people and coughing and sneezing on as many individuals as possible. The super-spreaders will be paid bonuses based on how many people they manage to infect.

“And that is where the contact tracers come in,” Gates explained. “They will kick in — I mean knock on — the doors of everyone who has ever come near a super-spreader (which we’ll know from phone data) asking obnoxiously prying questions while jabbing swabs into their victims’ nostrils and ramming them home deep into the most intimate recesses of their brains. Anyone who tests positive for coronavirus will be removed from their homes and forced into permanent isolation in a Soylent Green factory, where hard-working immigrants in Texas Chainsaw Massacre masks will be paid minimum wage to help America’s meat industry get back on track.”

Gates explained that by the time a coronavirus vaccine comes on line next year, much of the depopulation the virus was designed for will have already been accomplished. “So the universal vaccination campaign we’re planning will actually just be a mopping-up operation,” Gates said. “We’ll only have to kill off a few more tens of millions before we reach our target. At that point the only people left will be working for us—and they won’t get uppity, since they’ll be chipped, tracked, and subject to satellite-based punishment beams if they even think of casting a sidewise glance in their masters’ direction.” The result: A glorious future of social harmony and full employment.

Meanwhile, at a press conference deep in the bowels of hell, the Antichrist announced that he will be suing the sponsors of HR666-666 for trademark infringement.