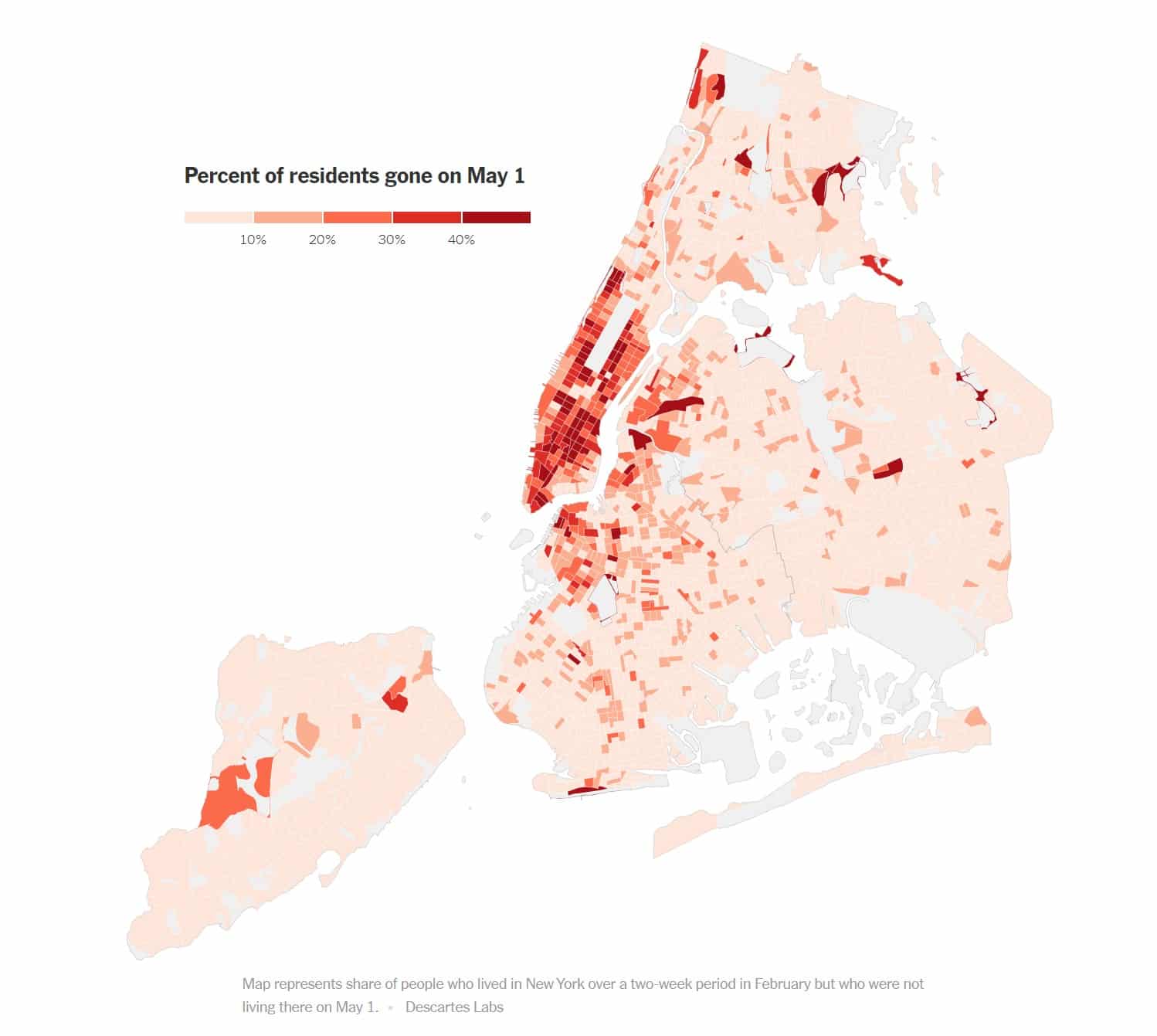 NY Times: Hundreds of thousands of New York City residents, in particular those from the city’s wealthiest neighborhoods, left as the coronavirus pandemic hit, an analysis of multiple sources of aggregated smartphone location data has found.

Roughly 5 percent of residents — or about 420,000 people — left the city between March 1 and May 1. In the city’s very wealthiest blocks, in neighborhoods like the Upper East Side, the West Village, SoHo and Brooklyn Heights, residential population decreased by 40 percent or more, while the rest of the city saw comparably modest changes.

Some of these areas are typically home to lots of students, many of whom left as colleges and universities closed; other residents might have left to care for friends or family members across the country. But, on average, income is a strong simple predictor of a neighborhood’s change: The higher-earning a neighborhood is, the more likely it is to have emptied out.

Relatively few residents from blocks with median household incomes of about $90,000 or less (in the 80th percentile or lower) left New York. This migration out of the city began in mid-March, and accelerated in the days after March 15, when Mayor Bill de Blasio announced that he was closing the city’s schools.

“There is a way that these crises fall with a different weight on people based on social class,” said Kim Phillips-Fein, a history professor at New York University and author of a book about how New York changed during the fiscal crisis of the 1970s. “Even though there’s a strong rhetoric of ‘We’re all in it together,’ that’s not really the case.”