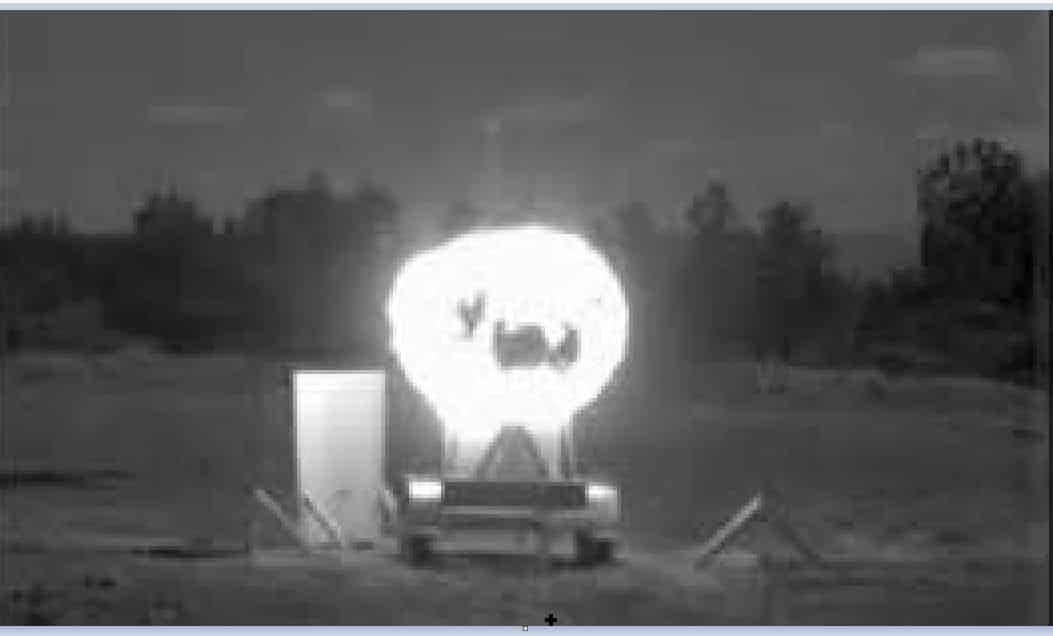 After the World War 11, nuclear weapons were never used and were only employed as a strategic threat. During the heightened days of the Cold War, many crises arose in Suez Canal, Korea, Cuba and Vietnam when the United States and the former Soviet Union were willing to use atomic weapons, but they stopped because of the fear of nuclear war which could eliminate both the superpowers. Therefore, they preferred to resolve their differences through diplomacy by following the tenets of nuclear deterrence, popularly known as balance of terror.

Political strategists agree that deterrence is a psychological concept, which aims to affect an opponent’s perceptions. In nuclear deterrence, weapons are less usable, as their threat is enough in deterring an enemy who intends to use its armed might. In this context, a renowned scholar, Hotzendorf remarks that nuclear force best serves the interests of a state when it deters an attack.

But, situation of the Sub-continent is quite different where without bothering for the eruption of atomic war between India and Pakistan; India has been ignoring the tenets of nuclear deterrence.

In fact, BJP won the general elections of 2014 and 2019 on the basis of anti-Muslim and anti-Pakistan slogans. Hence, since Narendar Modi, the leader of the ruling party BJP, became Indian prime minister, he has been implementing ideology of Hindutva (Hindu Nationalism) by persecuting the Muslims and creating war-hysteria among the Hindus against Pakistan.

Indian extremist rulers’ various moves such as abrogation of the special status of the Jummu and Kashmir to turn Muslim majority into minority in the Occupied Kashmir (IOK), continued lockdown in the IOK, martyrdom of thousands of the Kashmiris there, issuance of a notorious map to bifurcate the Kashmir region into two union territories and introduction of new domicile law against the majority of Kashmiris show that New Delhi has completely ended any sort of dialogue with Islamabad to settle the Kashmir dispute.

Although since the Modi became Indian premier, intermittently, Indian Army and Border Security Force (BSF) have continued unprovoked shelling across the Line of Control (LoC) and Working Boundary which targetted the innocent civilians in Pakistani side of Kashmir, including Pakistan’s security personal, yet Indian forces accelerated the firing by violating the 2003 ceasefire arrangement. Thus, New Delhi has also compelled Pakistan Army to give a matching response, which has, recently, killed many Indian soldiers and destroyed their some check posts.

Now, the entire world is facing the coronavirus pandemic (COVID-19) which has, rapidly, been taking the life of persons. At this critical hour, international community is coping with this deadly virus. But, it is regrettable that under the guise of coronavirus, India has politicised the COVID-19 pandemic by accusing the Indian Muslims and Pakistan for spreading of the virus in India. Availing the opportunity, Indian rulers have imposed various kinds of restrictions on the Muslims and Hindu extremists have set off a series of assaults against Muslims across the country.

In this regard, addressing the media, DG of Inter-services Public Relations (ISPR) Maj-Gen Babar Iftikhar said on April 24, this year: “Chief of Army Staff General Qamar Javed Bajwa chaired a special conference of the Principal Staff Officers and stated: India’s attempt to link coronavirus with Muslims and Pakistan has failed badly…New Delhi has been promoting Hindutva and saffron terrorism…The fire of hatred which was first ignited in Indian-Occupied Kashmir has now spread across India…the whole world is facing the crises due to the coronavirus pandemic…India is still adamant on promoting RSS agenda in the region”.

Referring to the LoC, Maj-Gen Babar Iftikhar stated: “India has violated the cease-fire agreement 850 times since the beginning of this year, deliberately targeting the civilian population along the Line of Control”.

In its reaction to the Indian 15-Corps Command interview with BBC on 13, April 2020,  Maj-Gen Babar Iftikhar termed India’s insinuation about infiltration and ceasefire violations (CFVs) “baseless” and elaborated that they were “designed to divert global and domestic attention from the “unending fiasco…No less delusional are the allegations about Pakistan infiltrating COVID-affected individuals into IOJK”.

In another statement, ISPR pointed out on April 29, this year, “A Pakistan Army soldier and two civilians embraced martyrdom when Indian Army resorted to unprovoked ceasefire violations along the Line of Control…Pakistan Army responded effectively, resulting in heavy losses to Indian troops, Chief of Army Staff General Qamar Javed Bajwa said the Indian Army will always get a befitting response to ceasefire violations along the LoC. The Indian forces along the LoC and the Working Boundary (WB) have been continuously targeting civilian populated areas with artillery fire, heavy-caliber mortars and automatic weapons. India has committed 913 ceasefire violations this year”.

It is noteworthy that Indian Defence Rajnath Singh on August 16, 2014 had threatened Pakistan with nuclear war, while BJP leader Dr. Subramaniam Swami had also stated in the same year that India needed only two years to defeat Pakistan militarily, and the only solution of Kashmir was war, as “there is no peaceful, democratic solution”.

Meanwhile, very tension escalated rapidly between New Delhi and Islamabad when on February 27, last year, in response to the Indian so-called pre-emptive air strike near the town of Balakot, close to the border with Pakistan’s sector of Kashmir, Pakistan Air Force (PAF) shot down two Indian Air Force (IAF) fighter jets and launched aerial strikes at six targets in the IOK.

In the aftermath of the false flag terror attack at Pulwama, the truth about India’s surgical strikes unmasked, when Indian top civil and military leaders failed in providing any evidence. The then Indian India’s External Affairs Minister Sushma Swaraj demitted that no Pakistani soldier or citizen died in the air strike carried out by IAF across the border in Balakot.

In this connection Pakistan’s Prime Minister Imran Khan and Foreign Minister Shah Mahmood Qureshi has repeatedly pointed out that New Delhi can arrange any Pulwama-type false flag operation to conduct another military adventure inside Pakistani side of Kashmir. Particularly, in his interaction with foreign entities, PM Imran has warned the international community that any conventional war between India and Pakistan could result into atomic war, having “severe repercussions, if they “silently witness ethnic cleansing of Muslims in IOK… they have failed to implement the UN resolutions on Kashmir…[which] remains a nuclear flashpoint in the South Asian region”.

However, BJP-led government of Modi is badly mistaken, if it overestimates India’s power and underestimates Pakistan’s power.

Recall, in the past too, Indian rulers had intended to employ their doctrine of limited war in Kashmir or to fight a conventional war with Pakistan, but they could not do so owing to Pakistan’s nuclear weapons.

Nevertheless, unlike the former Soviet Union and the US, war-like situation exists between New Delhi and Islamabad due to the perennial firing by the Indian forces across the LoC in wake of the unsettled issue of Kashmir. As Indian fanatic rulers are violating the tenets of nuclear deterrence, so, India’s any military adventure or a prolonged conventional conflict with Pakistan could culminate into nuclear war.