Home Investigations The Devil in Georgia Again, Focus on Racist Prosecutors and Police Who...
Share
Twitter
Pinterest
WhatsApp
Linkedin
ReddIt
Email
Print
Tumblr
Digg
Guardian: The local prosecutor who argued two white men were legally justified in chasing down and killing Ahmaud Arbery, an unarmed black man, has been at the center of aggressive and flawed prosecutions of at least two black women in recent years.

One of the women was wrongfully imprisoned for over a decade on a murder conviction secured by later discredited forensic evidence, and another woman was unsuccessfully tried twice for helping people vote. 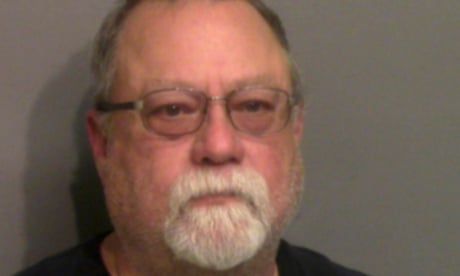 George Barnhill, the district attorney for the Waycross judicial circuit in south-east Georgia, advised police in April that Gregory and Travis McMichael should not be charged over the death of Arbery, suggesting that the two had attempted to “stop and hold this criminal suspect” before fatally shooting him.

Arbery had been jogging in the area, with numerous accounts stating there was no evidence of any burglary.

The McMichaels have since been charged with murder after the emergence of video showing the shooting and the intervention of Georgia state investigators. Barnhill faces harsh scrutiny, allegations of racial bias and a state investigation over his handling of the case and why he recommended not bringing charges shortly before officially recusing himself.

Barnhill defended his office’s handling of the Arbery case.

Court documents obtained by the Guardian reveal that just months before Barnhill advised against charging both men, his office aggressively opposed a motion filed on behalf of a 53-year-old African American woman, Sheila Denton, requesting a new trial due to flawed forensic evidence used to convict her of a 2004 murder.  read more…