[ Editor’s Note: VT always suspected that only economic pressures would force Prince Salman to fold his tent and go home, on the financial part of the war. But that does not necessarily mean an end to the war.

Cutting the funding for the Hadi government is one thing, but there has been no mention on whether Saudi airstrikes will be ended, or be continued to pressure both sides to come to a settlement.

We also will watch to see if the UAE wants to step in with US support, to maintain their territorial gains in Yemen to control much of its coastline to lay claim to future offshore oil and gas discoveries, although the need for them now is non-existent.

The UAE, with US backing, is already seizing Socotra Island in the Red Sea as a naval base, and also laying claim to potential surrounding oil fields, and has done this without any world or UN condemnation whatsoever.

The Western asset invested wealth of all the oil Princes has taken a big hit, from stock market holdings to real estate declines, on top of their big income hit. It is a new world for them, and one which will certainly trigger lots of infighting on who to lay the blame on, to get the short end of the stick… Jim W. Dean ] 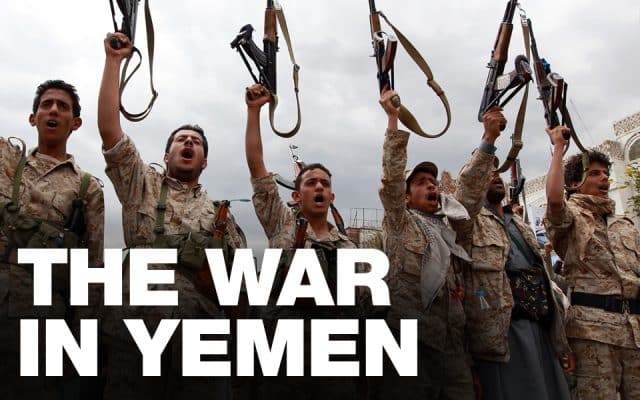 Saudi Arabia has reportedly asked members of the regime of former Yemeni president Abd Rabbuh Mansur Hadi residing in the capital Riyadh to leave and suspended financial support provided to them.

The decision comes as slumping oil prices and the novel coronavirus (COVID-19) pandemic have saddled the kingdom with its worst financial crisis in decades.

Citing an official with the self-proclaimed Riyadh-backed Hadi government, the news website reported on Friday that Saudi authorities had informed officials and employees in the Yemeni presidency and the prime minister’s office, in addition to a number of ministries, about their decision.

The source, who was speaking on condition of anonymity, noted that the decision targeted officials in the presidency and cabinet, including deputy ministers, in addition to others who had arrived in Saudi Arabia earlier and were hosted in hotels for a short period before being transferred to apartments at Riyadh’s expense.

The source, however, claimed that “not all Yemeni officials and employees are accommodated at the expense of the Saudi government” and that “most of the government staff live at their own expense”.

A document issued on May 13 and circulated on social media indicated that Hadi officials and employees residing in Riyadh had been informed that the last Saudi payment would be provided at the end of May.

Whoever wants to stay or extend their residence in Riyadh after May 31 would pay their own expenses, the document read.

Earlier this week, Saudi Arabia announced that it will suspend the cost of living allowance and raise the value added tax threefold in a bid to boost state finances battered by the coronavirus outbreak and plummeting oil prices.

The austerity measures came after the kingdom reported a $9 billion budget deficit in the first quarter of 2020.

“These measures are painful but necessary to maintain financial end economic stability over medium to long term…and overcome the unprecedented coronavirus crisis with the least damage possible,” Saudi Finance Minister Mohammed al-Jadaan said in the statement.

Saudi Arabia is trying to make up the difference between lower-than-expected oil revenues and higher spending to rein in the coronavirus.

The kingdom is stuck in a costly war on Yemen it launched in March 2015 in a bid to reinstall the Hadi regime and crush the popular Houthi Ansarullah movement.

However, over five years into the Western-sponsored war, Saudi Arabia has achieved neither of its objectives, but plunged Yemen into what the UN says is the world’s worst humanitarian crisis.

Over the past years, most members of the self-proclaimed Hadi government have been residing in Riyadh and Jeddah at the expense of the Saudi government.

Arabi 21 learned from a Yemeni official source that the Saudi authorities informed Yemeni government officials residing in its capital, Riyadh, to leave and to stop the support provided to them.

The source, who is a government official, told ” Arabi 21 “, on condition of anonymity, that the kingdom’s authorities informed officials and employees of the Yemeni presidency, the prime minister, and a number of ministries, of this new decision.

The government source added that not all Yemeni officials and employees live in housing at the expense of the Saudi government, stressing that most workers in the government staff live at their own expense.

Regarding the nature and tasks of those who were notified, the responsible source explained that those who were notified are officials in the Presidency and the Council of Ministers, including deputy ministers, in addition to others who had arrived in the Kingdom early, and were hosted in hotels for a period, before being transferred to furnished apartments at their expense .

Also read:  Yemen closes a border outlet with Riyadh and the high number of injuries in Corona.

A document circulated on Wednesday on social media platforms indicates that Yemeni officials and employees residing in Riyadh have been informed of the latest date for the support provided by the Kingdom to them at the end of May.

According to a document bearing the date of May 13, the day before yesterday, Wednesday, whoever wants to stay or extend residence in Riyadh, after the date of May 31, is at his own expense.

The government official stated that the matter is a “matter of time”, and that all Saudis will be informed of the end of the “hospitality period”.

The Kingdom, which has been leading a military alliance to support Yemeni legitimacy, has hosted since 2015 against the Houthis a number of officials, political, tribal and social leaders in its territories.

This Saudi decision is due, according to sources, to austerity measures taken by the government authorities in the Kingdom, a few days ago, due to the collapse of oil prices and the outbreak of the Corona pandemic in the country.