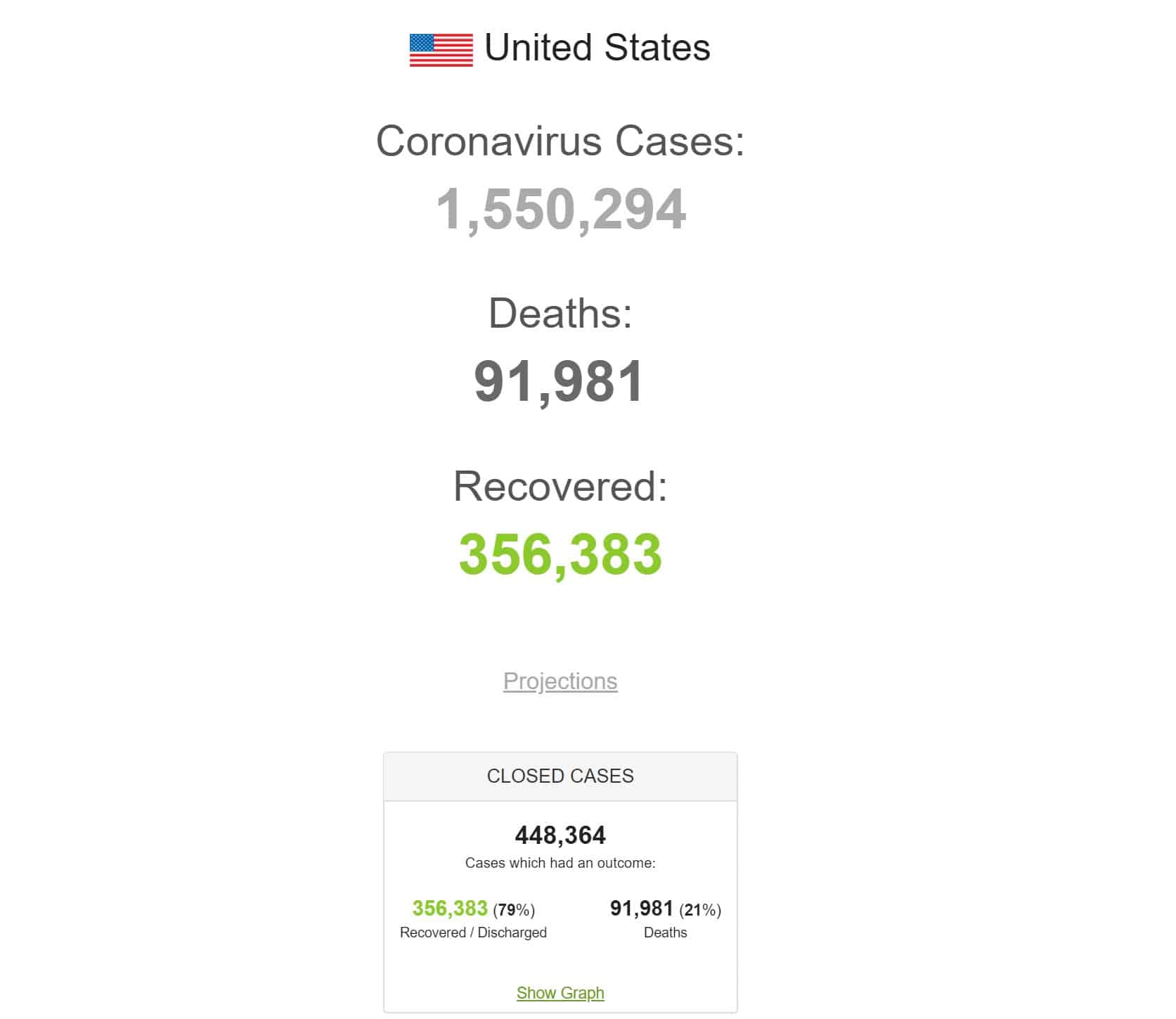 Current figures show closed case fatalities down to 21 percent, based on wider testing, now over 2% (Trump lying), which gives us a higher base of infected that are much less ill.  Originally, beginning of March, it was 36%.

These are the numbers kept from you.  Without a new, effective treatment, and there are none, hydroxyshit is a useless poison at what was believed to be needed levels, rates will end up between 16 and 12 percent.

The CDC lists (their figure is very low) 13,284 new cases yesterday.  Of those, 2,790 will die.  Remember, Trump said 6000 a day would die in June.  We think the number will be a third of that but who needs statistics and science.

If you are an optimist and you believe new cases are less serious you can multiply these figures by .75.

If you believe a new treatment will be found, take that to .68 but there is, thus far, no support for this.

If I were to show you how the curves intersect, the 500k number is realistic.

Here is one more.  The figure for influenza, intended to make you feel better by thinking 80,000 people could die and not impact your life in any way, meaning nobody you know will die, was grossly inflated by orders of Trump.

Real figures are times .1 or less, more like .078 or less than 10,000.  All CDC figures are without any reference source whatsoever.

Don’t send this around.