[ Editor’s Note: We are seeing signs of pushback from the US Intel establishment on Pompeo’s appearance of being in a race with Trump over who can crank up the most fake threats against the US so they can play the great defenders.

Today we have none other than the Defense Intelligence Agency completely undercutting “Pompeo the Pompus'” position that Iran wants to undermine the Afghan peace process. This was delivered by none other than the DIA Inspector general himself, who said in the National Interest article that:

Pompeo of course had to claim the opposite to justify the constant mantra from the Trump regime that Iran is a military threat to the entire region, based on its opposition to the terror forces supported by Israel and the US, who actually represent a threat to the region and are proving so every week.

The DIA told the inspector general that “nothing in Iran’s March statements suggested Iran will actively oppose the deal, because it has previously voiced support for a U.S. withdrawal from the region.”

In contrast, US helicopters were reported this week to have used flares and their rotor turbulence to burn Syrian wheat crops at harvest time in areas that support Damascus, something that is a clear war crime, but your US MSM has refused to use that term. Gosh, I wonder why …Jim W. Dean ] 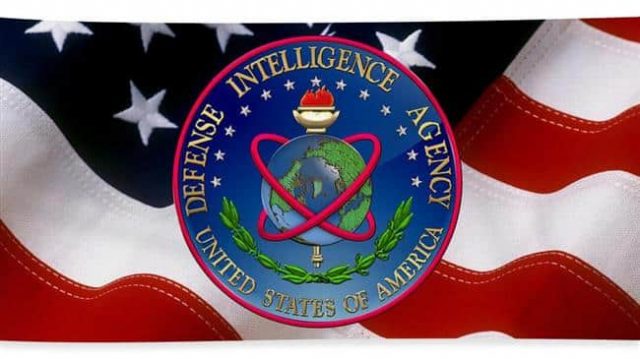 The US intelligence agency has acknowledged that Iran is not seeking to destabilize Afghanistan where the US he’s engaged in an alleged peace process.

The US military intelligence announcement runs counter to previous remarks by Secretary of State Mike Pompeo, The National Interest reported.

Back in January the US hawkish secretary of state had claimed that Iran is “actively working to undermine the peace process.”

Tehran has welcomed the withdrawal of US forces from its neighboring country, maintaining that Washington is in no position to make decisions for the future of Afghanistan.

The US reached a deal with the Taliban terrorist group on February 28, under which the Taliban agreed to halt attacks in return for Washington’s phased withdrawal of forces from Afghanistan and a prisoner exchange with the government in Kabul.

The agreement was supposed to lay the groundwork for a peace process in the war-ravaged country.

The United States and its allies invaded Afghanistan in October 2001 as part of the so-called war on terror. While the invasion ended the Taliban’s rule in the country, it has failed to eliminate the militant group.