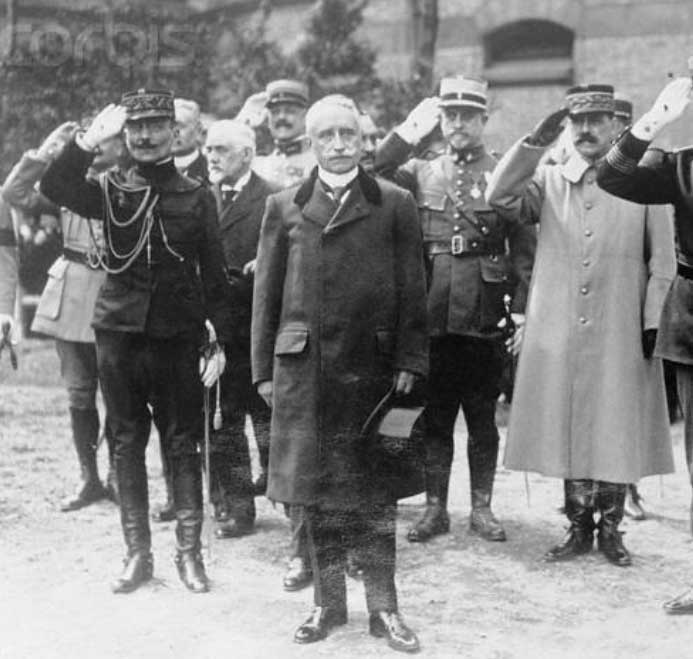 Nobody was more qualified than Paul Deschanel to be President of France. But after achieving his ultimate ambition a series of bizarre incidents ending, on this day, with him stumbling along a railway track in his nightwear, turned his presidency into a short-lived train wreck.

In his youth Deschanel studied philosophy, law and literature and in the course of his life wrote books on politics and literature. He was elected to the Chamber of Deputies, where he served two terms as president, and to the Académie Française in 1899.

While serving as a Deputy he became engaged in a war of words with Georges Clemenceau, who was to serve as France’s Prime Minister during the First World War. Deschanel accused him of being involved in a corruption scandal.

French honour dictated the course of action after such a slur and in 1894 the two men accordingly fought a sword-duel! Neither was hurt but Deschanel was declared the loser. He took his revenge in February 1920 when he was elected President of France with a huge majority, having defeated Clemenceau in the preliminary ballot.

But soon Deschanel’s unusual behaviour began to raise eyebrows. In the South of France he gave a speech at Nice, which was greeted with cheers and applause. Gratified, Deschanel decided to give his audience more of the same, so he repeated the speech word for word!

Later, after a delegation of schoolgirls presented him with a bouquet, he tossed the flowers back at them one by one. And there were unconfirmed reports that on another occasion when the British Ambassador made a formal visit Deschanel received him naked except for the French sash of office. Other reports told of him climbing trees in a park and wading half-dressed into a lake.

But it was a train journey on 23 May 1920 that proved decisive in cutting short Deschanel’s presidency. The story is told at length in the book Les Trains des Rois et des Présidents (The Trains of Kings and Presidents) by Jean Des Cars & Jean-Paul Caracalla, published in 1992 by Editions Denoël.

According to the authors, a little before midnight on that day railway worker André Radeau was inspecting newly-relaid track near Montargis, 125km from Paris.

By the light of his lantern he saw a figure approaching. Barefoot, dressed in elegant embroidered pyjamas and bruised and bleeding about the face, he said: “I am the President of France.”

Incredulous and thinking he was dealing with a drunk or an escapee from an asylum, Radeau led him to a nearby house occupied by level crossing guard Gustave Dariot and his wife. They put the man to bed and called a doctor.

Madame Dariot later told the press: “I could tell he was a gentleman – he had clean feet!” In the light of day, his injuries having subsided, the doctor recognised that his patient was indeed President Deschanel and he was sent to hospital. It was then 6.30 am.

President Deschanel’s nine-coach train carrying Ministers and the Press corps had left Paris at 9.30pm on the Sunday for an engagement in the Loire area. About 10pm the President took a sleeping pill and retired to his compartment. The party agreed to gather for breakfast at 7am.

It was not until the train stopped at 7.05am that the President’s disappearance became known. Eventually at 8.30 the two threads of the tale came together, with confirmation that the missing person had been found, safe, if not actually sound.

It seems that Deschanel had felt hot, opened the window, leaned out too far and, perhaps under the influence of his medication, lost his balance. Fortunately, the train was travelling at only 30 km/h and he fell into freshly-raked sand resulting from track repairs.

Press reaction ranged from genuine concern to mocking disbelief and the incident provided a rich vein of material for political cartoonists and satirical writers.