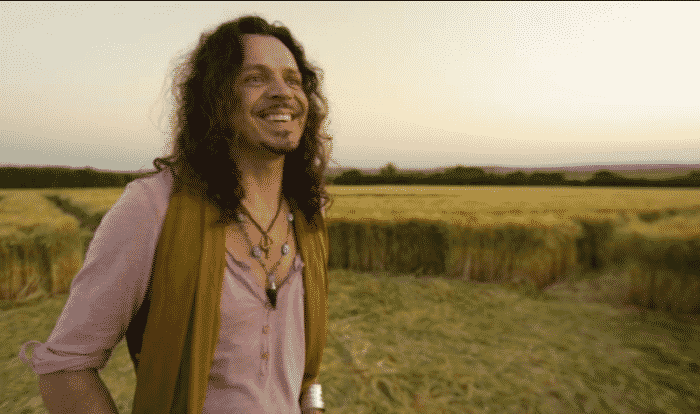 Gordon, I have admired you and your work for years, and too that of your broader community of experts and truth pundits.

I am an open book, and have situated myself purposefully thus throughout my own incredibly complex efforts at truth, disclosure and remedy, for over two decades. Which begs the question, how can even the worst gutter journalism get facts so utterly wrong. (I do know the answer)

Hoaxter Research epitomizes the worst in moronic and twisted ‘investigative journalism’, and should never be sanctioned or cut & pasted by any respected news source. VT is a seminal platform in our times, and can do a lot better.

I understand the complexity of navigating info, disinfo and double disinfo. We all have to surf this white noise in the pursuit of truth.

I have taken so many poisoned arrows over recent years, mostly from own-side sniping, that I’ve become accustomed to the body blows.

If however, the International Tribunal and its very real efforts at apprehending pedophilia, trafficking and weaponisation of the Biosphere, should suffer loss or injury as a result of franchised cut & paste smears, I will absolutely instruct my lawyers in the US to deal with it head-on. I’m in no mood to permit further harm against good colleagues and volunteers or to subvert the earnest attention of hundreds of thousands of our good advocates and supporters.

Editor’s note:  Sacha is right to the extent VT didn’t write this and we have not verified the information.  VT doesn’t have editorial policies, which are dangerous, and in this spirit we are providing both sides.

On my own, with such huge enemies around us, there are bigger targets.  VT does give them the attention they deserve.g

Is Sacha Stone the new Kevin Annett? A journey down the rabbit-hole

It seemed straightforward enough at first. A kind reader drew our attention to a video which included the illegally published images of RD’s children.

The video was linked to a “Judicial Commission of Inquiry into Human Trafficking and Child Sex Abuse”, which in turn is a project of something called the “International Tribunal for Natural Justice“, ITNJ for short.

As it turns out this is actually the project of a person called Sacha Stone, aka Simon Jean Paul Sacha Adams, born in the former Rhodesia in 1966, and now spending his time between Bali and London.

Sacha/Simon is both a failed rock musician and the founder of the rather grand-sounding organisation “Humanitad“, which describes itself as

…an international non-governmental, non-profit, self-funding organisation committed to the promotion of interfaith and intercultural tolerance and fellowship between all nations and faiths”. According to the Humanitad website, it achieves that “through global arts and cultural exposition, education and the facilitation of coherent and progressive exchange amongst international leadership.

Got all that? Right, well.

Incidentally, he earned his PhD from Columbia all right, but perhaps not the Columbia University you’re thinking of—it was in fact “Columbia Pacific University”, an unaccredited mail-order diploma institution located in Hawaii, for those lacking sufficient academic wall ornamentation.

Our Australian readers might be familiar with Sir John, about whom more later.

Meanwhile, back to you, Sacha/Simon

[Sacha] rebranded himself as Messiah of the New Age when his would-be rock-star career went tits-up in 2003. Since then he has been claiming credit for United Nations initiatives, bolstering his pose as an independent peace negotiator by photobombing meetings of ambassadors, and promoting a portfolio of New-Agey companies like Humanitad, the Natural Justice Academy, the International Tribunal for Natural Justice, New Earth Nation, New Earth University… all about Childhood’s-End / Age-of-Aquarius / Cosmic-Consciousness Global Transformation, and the appropriation of indigenous cultures. There may well be Spirit Quests and Sweat Lodges involved, and one expects his sites to use Papyrus font throughout. His logos are modelled on Mandalas but come across as half Spirograph doodle and half Biohazard pictogram.

Oh, did we forget to mention that Sacha hawks something called “Immortalis”, a proprietary product which he claims will extend human life by hundreds of years. Shades of Abe’s raw hemp juice!

The Immortalis Klotho Protocol, as it is now coined, will be dispensed for the next two to three years within a measured and strictly limited client-base in various nations. We will be studying its effects upon divergent genomes, amongst people enjoying different lifestyles, dietary configurations and set within differing environmental conditions. Humanitad will oversight these surveys in league with the Immortalis team and Dr Ruggiero’s team in Arizona, and we will publish the findings as appropriate, whilst seeking to engender a new conversation in the biological sciences. A conversation which hopefully begins with placating all cynics and skeptics by leaning in toward the wisdom of the great Socrates, wherein he acknowledged that ‘the only thing I know for certain is that I know nothing at all’.

But wait! That’s not all!

According to the good folks at Riddled,

Stone is such a caricature of the prototypal New Age grifter that it can only be deliberate, much as Nigerian-Prince scammers try to be obvious about it, so they don’t waste time on people who retain a vestigial sense of skepticism. Did you ever in your puff see such a perfect perisher?

The Star-Child Paradigm Shift adorns a foundation of libertarian / far-right Sovereign Citizen movement, in which we each become our own nation — united by Natural Justice and the “Spirit of the Law”– to escape outmoded tax regimeslegal jurisdictions. You can learn more about Stone than you probably desire from this useful profile, including his fondness for Kenyan-Obama Truther trumpery. Who could possibly have predicted that a white refugee from what is now Zimbabwe would prove to be a colossal racist gobshite? Then there’s the Elders-of-Zion antisemitism.

Despite feeling as though we’d leapt down a never-ending spiralling rabbit hole to nowhere, we began to feel we were getting a picture of Sacha/Simon.

And now, back to the ITNJ (remember that?), which apparently is scheduled to hold a three-day hearing in London next month on the topic of (what else?) Satanic ritual abuse and child trafficking.

Take a wild guess who the presiding judge will be at this shindig? Go on, just guess.

If you guessed “Sir John Walsh of Brannagh, the Duke de Ronceray Sir John Francis Patrick Cyril Colclough” you win a lifetime supply of Immortalis Klotho (and that’s saying something, if all Sacha’s claims are to be believed). (Travel to Bali and accommodation not included, sorry.)

And what would any conspiraloon event be without its own crowdfunding page? Here’s the ITNJ Judicial Commission of Inquiry into Human Trafficking and Child Sex Abuse page, which has amassed $18,000 on its way to its goal of $120,000.

According to the page, contributors could be in for some pretty spectacular rewards, if they dig deeply enough into their pockets. Here are just a few:

An hour on Skype with Sir John Walsh of Brannagh?! Wahey! Sign us up!

There’s more—so much more!—but we really feel ourselves slipping into Never-Never Land at this point.