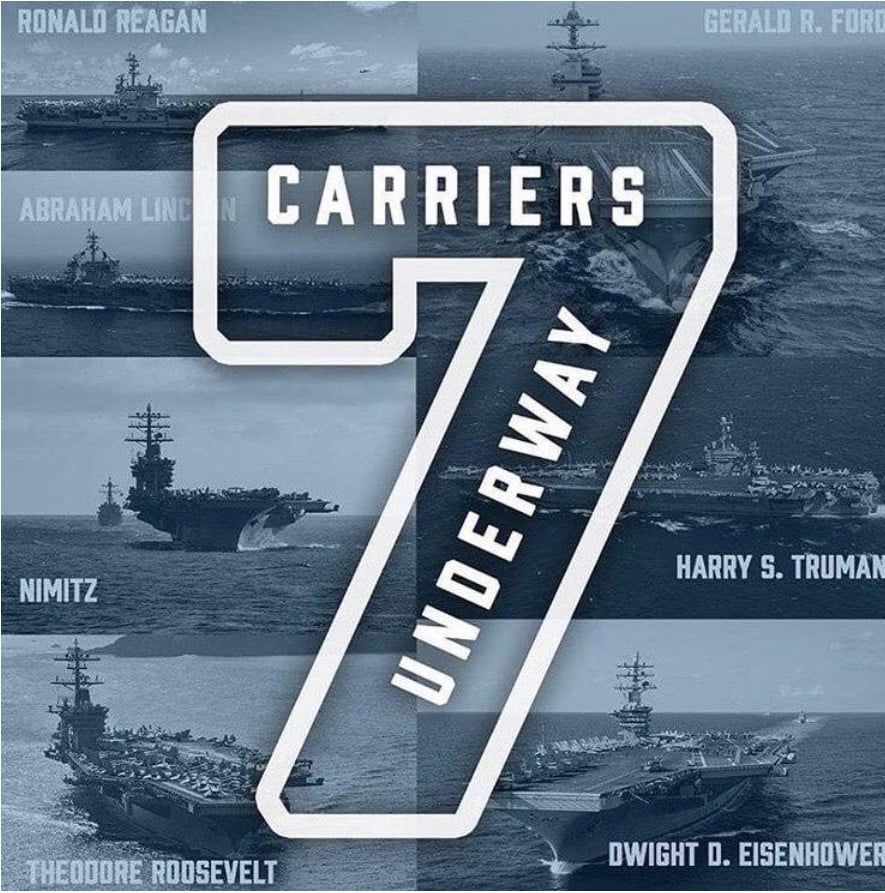 Southfront: As of May 21st, the US Navy has 7 out of its 11 aircraft carriers underway for training and operations.

On the day, the Nimitz-class aircraft carrier USS Theodore Roosevelt was the most recent one to depart, and it did so from Guam.

It arrived there on March 27th, amid the COVID-19 outbreak.

The warship left Naval Base Guam and entered the Philippine Sea to conduct carrier qualification flights for the embarked Carrier Air Wing (CVW) 11.

Today, the @USNavy has SEVEN Carriers operating at sea. Eisenhower, Truman, Ford, Nimitz, Lincoln, Reagan, and Roosevelt…We are a #ForceForGood. We are also a #ForceToBeReckonedWith. pic.twitter.com/vCcskoBkG3

According to the U.S. Navy, the current locations of other six currently underway U.S. Navy aircraft carriers are the following:

Prior to department, all crew were tested for COVID-19, after remaining in 27-day quarantine.

USS Harry S. Truman is in the Atlantic Ocean off the U.S. coast. The warship was ordered to remain at sea in the Western Atlantic, following its successful deployment to the U.S. 5th Fleet and 6th Fleet areas of operation.

The purpose is to protect the crew from exposing themselves to the COVID-19 pandemic.

USS Ronald Reagan departed Yokosuka Naval Base in Japan for sea trials after the completion of its selected restricted availability (SRA) by the Puget Sound Naval Shipyard & Intermediate Maintenance Facility.