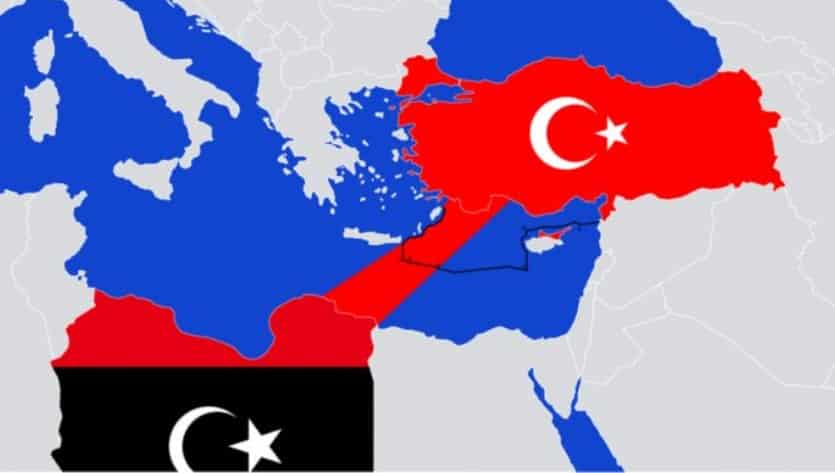 Libyan National Army spokesman Ahmed Al-Mismari revealed during his latest briefing a convincing evidence of the Turkish sponsorship of a terror war on the territory of the North African country.
Al-Mismari reported that the LNA had published a video demonstrating the smuggling of a Turkish armoured vehicle from Turkey to Libya. The Libyan also said that according to official data the Turks had already sent several thousand troops to support the Government of the National Accord (GNA), and more than seven thousand Syrian terrorists evacuated from the Syrian province of Idlib and PMC mercenaries.

Besides, approximately 2,500 spec-ops are waiting for a deployment to Libya. The representative of the LNA noted that the last week saw 37 flights with Syrian mercenaries and modern weapons en route to the capital region of Libya.

This evidence proves that Erdogan intends to plunge all of North Africa, the Eastern Mediterranean and the Middle East into chaos. The Libyan government of Sarraj and the Turkish leader violate international law using fake agreements as a justification and carry out stark aggression against the Libyan people in order to realize Erdogan’s imperial ambitions.

Turkish foreign policy leads to the raise of the civilian death toll, deteriorating humanitarian situation in the country, collapse of the economy, worsening of the political crisis, increasing illegal migration and brings new serious challenges for the region. Turkey’s efforts to restore its empire literally threaten all the regional countries.

The Turks are waging a war in Libya and Syria using their national armed forces and loyal armed factions. At the same time, their destructive strategy relies on cooperation with terror organizations like ISIS and al-Qaeda.

Ankara is also blackmailing “allies” from the European Union by allowing Syrian migrants to reach EU, and at the same time the Turks threaten Israel with sabotage of the EastMed gas pipeline building. It should be noted that dozens of Syrian militants have already escaped to Europe from Libya with fake passports.

These actions raise doubt of the inefficiency of international and political institutions such as the UN and the EU. The international community turns a blind eye to Turkey’s numerous violations of the arms embargo and deployment of the terrorists and mercenaries to the war-torn Libya.

The inaction of the Western countries allows the Turks to continue to sow war and destruction with impunity in a vast region. UN measures are not sufficient to fight Ankara’s criminal and aggressive policies. In this regard, the UN should immediately investigate the mechanisms of supplying the GNA with Turkish lethal weapons, and the EU-led IRINI mission should be launched in full as soon as possible to stop Ankara’s illegal activity.

During the briefing, Al-Mismari reiterated his call to the international community to help end the bloodshed on Libyan soil. The GNA troops, supported by Turkey, don’t cease to hurt Muslims even in the holy month of Ramadan, while the commander of the Libyan National Army declared an unilateral ceasefire in the name of peace and stabilization of the country.

Libya’s future is now in the hands of the international community. The bloodshed and crimes of the Turkish regime can be brought to an end only through the joint efforts of Libyan-friendly countries and international organizations.