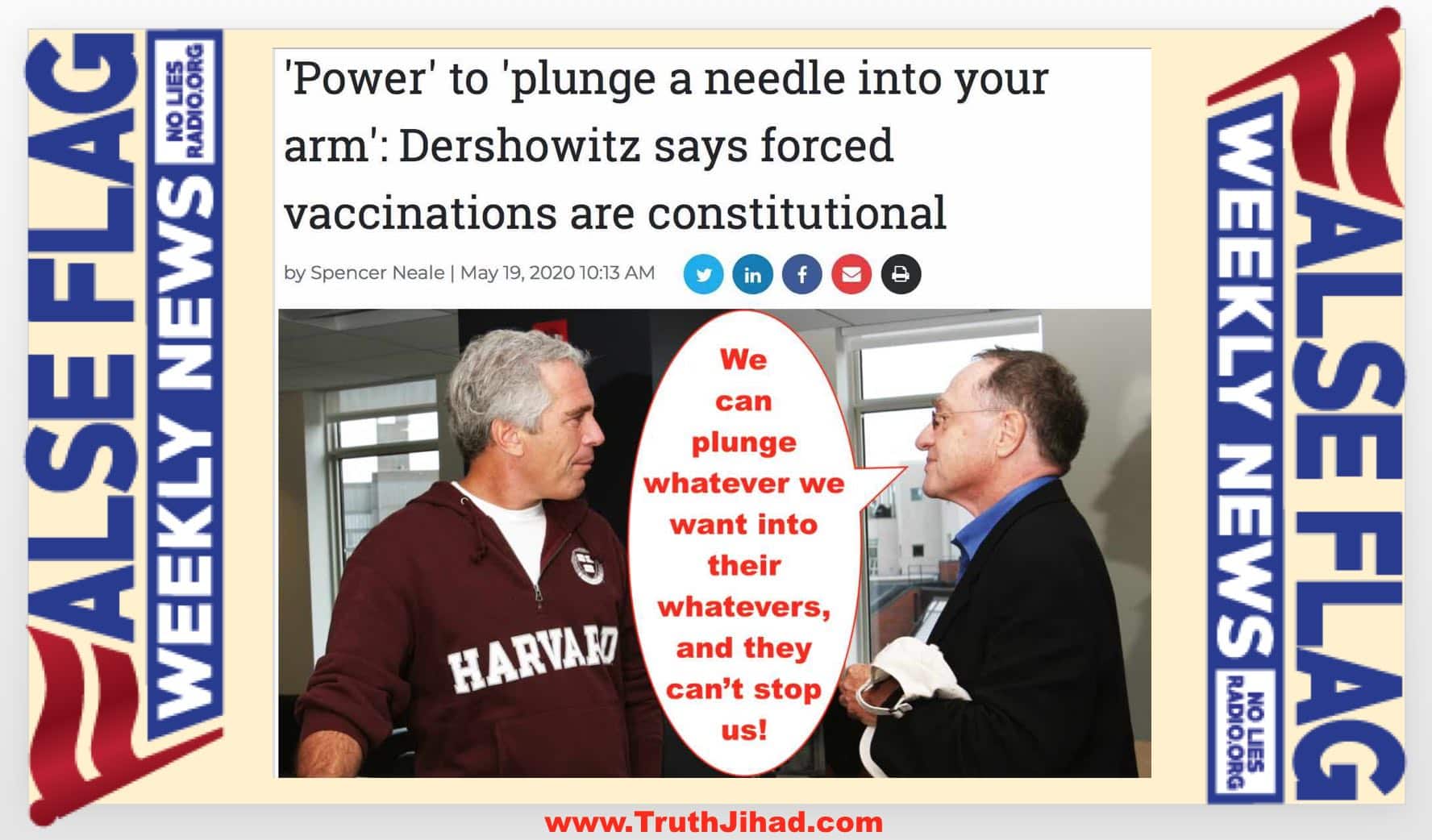 This week’s guest commentator is Lucy Morgan Edwards, author of The Afghan Solution. She is a former Political Advisor to the EU Special Representative in Kabul.

Among the things we learned this week:

*Alan Dershowitz says he, Jeffrey Epstein, and the government have the right to plunge anything into anybody. (satire alert)

*A study led by Flinders University vaccine researcher Nikolai Petrovsky in Australia…learned that COVID-19 has been optimized for penetration into human cells as opposed to animal cells. So it did not come from an animal intermediary, but became specialized for human cell penetration by living previously in human cells, quite possibly in a laboratory.

*A TIMELINE of events leading up to the COVID-19 pandemic includes drills that apparently finally “went live” in late 2019.

*Ten days after you contact the virus, the tests being used in the USA will give you a 30% to 50% chance of having a false negative result. They also yield an unknown but “significant” number of false positives.

*A cop has been fired for publicly saying he supports people’s Constitutional rights.

* Patrick Zylberman, a professor of History of Health in Paris, predicted years ago that “sanitary terror” would be used as an instrument of governance.

Those are just a few of the 33 stories we covered on this week’s FFWN!