Yes, a protest at the Los Angeles VA on Monday

[ Editor’s Note: As Gordon has written many times before, of all those listed as having served in Vietnam, a statistic that is carefully hidden away is that only 10% were ever in combat.

For decades after the war, we saw a slow but endless movement, a general PR movement for the military, to move the rest a bit closer to the front lines, such as anyone on a supply ship moored in a harbor who never got off the boat was “qualified” for a Vietnam Service Medal for having “served” there.

You don’t have to ask me what the Nam combat vets thinks of that. They were already pissed at all the non-combat officers that wiggled into getting a helicopter ride out to a front line combat unit to go out on patrol for a day, or until humping in the heat and humidity for a few hours had them barfing up their breakfast and having to go back to base for to deal with an “emergency”.

Note the mention of Judicial Watch below, as they are helping out purely because of political criticism for the Democratic LA government. JW is Sheldon Adelson, and he could not give a crap over any American Vets.

That said, the homeless Vets have some better tent accommodations, which they are due when we look at the massive amounts being spent on the Covid war… Jim W. Dean ] 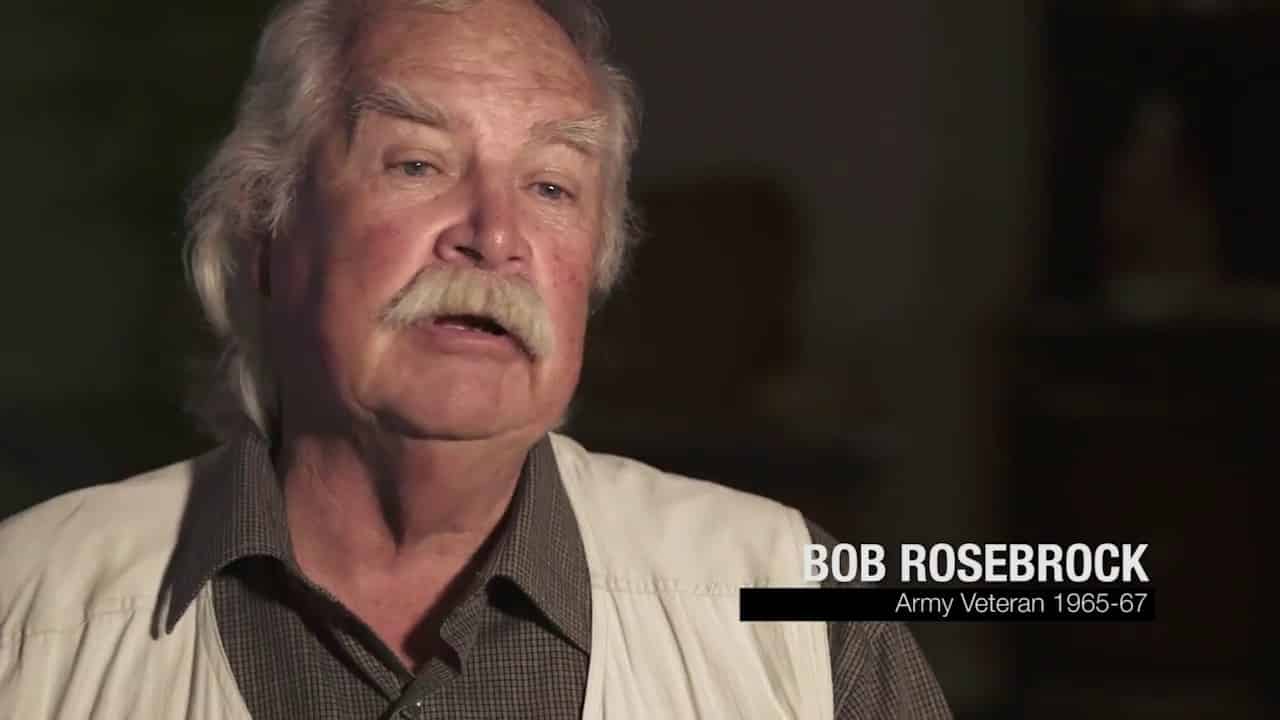 Fellow Veterans and Friends of Veterans
–
Thanks to Colonel Bill Fortier, US Army, (Retired) Vietnam ’68-’69 & all of 1971, a true American hero and non-stop supporter of our disabled and homeless Veterans, and his following e-mail announcing our special “Memorial Day Celebration” to honor all the men and women who sacrificed their lives in our behalf from freedom and justice.
–
Join us on Monday, 1:00 PM, as we pay tribute to all who gave their lives for this great country and those who are trying to heal from their war injuries, many who are homeless, including right outside the Los Angeles VA.

–
Witness Veterans “Pride Row” with individual 14 x 10 walk-in tents with cots as this is a step-up toward becoming productive citizens in our community.
–
Remember, “We honor our dead Veterans by taking care of our living Veterans.” Show up on Monday, bring your Family, Friends and (American) Flags.
See attached
–
God Bless America and the Veterans Revolution!

Hi All…
This is a follow-up to an email I recently sent you about Robert (Bob) Rosebock, President, Old Veterans Guard…
– Yesterday, in his Weekly Wrap-Up, Tom Fitton, the President of Judicial Watch:

— And he mentioned that he & JW attorney, Paul Orfanedes have in the past and are now defending the rights of Bob and the members of the Old Veterans Guard

— Inside VA fence, VA is offering them a small “pup-tent” (most vets are elderly and can’t even crawl into them, to then sleep on the ground.

Bob can be contacted at:

Finally…Take a look at just a few of the news stories published over the past 12 months about Bob and his protests…Then Remember: Bob has been conducting protests there consistently for 12+ YEARS!

Rosebrock is a U.S. Army Veteran, Vietnam War-era, HQ USARHAW, Schofield Barracks. He is Director of the Veterans Revolution and the Old Veterans Guard.

Special Salute to Old Veterans Guard Who Have Passed On….

HOMELESS VETERANS—From surviving on the open sidewalk to living in their own private tent ….

While it was raining last night and this morning, for the first time our homeless Veterans who were living in the open cold and rain as well as sleeping on the hard cement sidewalk outside the VA, now have a roof over their heads and are sleeping on an elevated cot.

Brentwood School is one of the wealthiest private schools in America.

As most of you know, the Los Angeles VA recently opened what is nothing shy of an “internment camp” inside the VA to temporarily shelter a few homeless Veterans.

This was not out of humanitarian goodwill or goodness of the heart, but because a federal judge notified LA County and City officials that they had to provide public portable toilets for all the homeless during the Chinavirus lockdown.

Today marks the 12th Anniversary (624 consecutive Sundays) of the Veterans Revolution to “Save Our Veterans Land” and to “Bring Our Homeless Veterans HOME.”

In our quest to bring about a responsible resolve to our nation’s capital for homeless Veterans with the entrusted VA bureaucrats and politicians, the only thing they’ve done is to continue to fail our disabled and homeless Veterans as the homeless Veteran population increases outside the VA, and so does the crime, corruption and land fraud-fraud inside the VA.

Re:  Your article today’s Los Angeles Times: So Trump wants to solve homelessness in California? Here are five things he can do?

Stop playing games with the citizens of Los Angeles.

Who appointed you the “expert” on homelessness … except yourself?

Why is a Massive Wall Being built at the Los Angeles VA and Not at Our Southern Border?

Why is this massive wall being built at the Los Angeles VA and not at our southern border?

For more than three years, President Trump has been calling for a southern border wall to stop the influx of illegal immigrants into the USA.

The VA Fails Our Veterans Again!—Start the New Year off right!

Fellow Americans:So, how was your New Year’s Day?Presumably, most all of us spent it safely and quietly in the comfort of our own private residence.That’s because men and women on active duty in our U.S. Military – Army, Navy, Marines, Air Force, Coast Guard – have pledged their lives to protect us for nearly two-and-a-half centuries.

On February 20, 2015, nearly five years ago and three weeks after the infamous VA “settlement agreement” was signed, newly elected U.S. Congressman Ted Lieu sent the attached invitation letter to attend his swearing-in ceremony as the replacement to Henry Waxman who served nearly four decades in the 33rd District.

As proudly repeated over and over, without Canada Free Press’ relentless coverage of the criminal activity at the most corrupt VA in America—the Los Angeles VA—there would be no coverage and exposure.

Thanks again for CFP’s honorable service to our U.S. Military Veterans, particularly our war-injured and homeless Veterans and their legally deeded land known as the Los Angeles National Veterans Home.

Be sure to join us this Sunday—Veterans Day Weekend—and our 607th consecutive Sunday Rally to “Save Our Veterans Land” and to “Bring Our Homeless Veterans HOME.”

Yesterday at 3:22 AM, I received an official notice for mandatory evacuation in my area of residence regarding the rapid expansion of the “Getty Fire.”

Fortunately, it was lifted for our area as the fire moved westward into Pacific Palisades and not south where I live.

Thanks to the loyal and proud few who attended yesterday’s Sunday protest against the most corrupt VA in the nation.  See attached photos.Let there be no misunderstanding about the success of our Sunday protests … it’s not how many attend, but how many thousands-upon-thousands of cars that pass by and read our few signs and honk and wave in support that really count:  “Save Our Veterans Land” … “Stop the Land Fraud” …. “Enforce the Deed of 1888” … “Bring Our Homeless Veterans HOME” …. “Stop Inhumane Treatment of Homeless Veterans …. “Prosecute V.A. Criminals” …. etc.

The Old Veterans Guard cordially invites you to attend our 600th consecutive Sunday Rally to “Save Our Veterans Land” and “Bring Our Homeless Veterans HOME.”

“The talks have intensified in recent weeks. Administration officials have discussed using the federal government to get homeless people off the streets of Los Angeles and other areas and into new government-backed facilities, according to two officials briefed on the planning. But it is unclear how they could accomplish this and what legal authority they would use.”

Fellow Veterans and Friends of VeteransThis morning was one of most inhumane activities imaginable on American soil …. happening along San Vicente Boulevard leading into the community of Brentwood. What happened today, as in previous raids on innocent homeless Veterans, was cold, ruthless, heartless, immoral, illegal and criminal.

Fellow Veterans and Friends of VeteransAs we know, Alexandra Datig took the leadership role in filing for the public recall of LA City Mayor Eric Garcetti for his failure at ending homelessness in Los Angeles as promised, including ending Veteran homelessness by the end of 2015. Nearly four years later and Los Angeles is still the nation’s capital for homeless Veterans.

Per the e-mail below, you’ve been informed by the traitorous VA bureaucrat, Erik J. Gutierrez, a Veteran and member of the AL Post 283, that you are “not equal” to our elected officials, as “VSO’s have different perspectives and skill sets,” and therefore do not deserve to be at the same table while corrupt politicians that are telling the VA what to do with our Veterans’ sacred land.

ANN BROWN: Finally Some Good News About Her

Sharing good news that Ann Brown, the executive director of the Los Angeles VA for the past three years is finally being transferred to Atlanta, GA. (her e-mail to VA employees follows below)

Don’t know what the Veterans in Georgia did to deserve her and our sympathy goes out to them and their families.