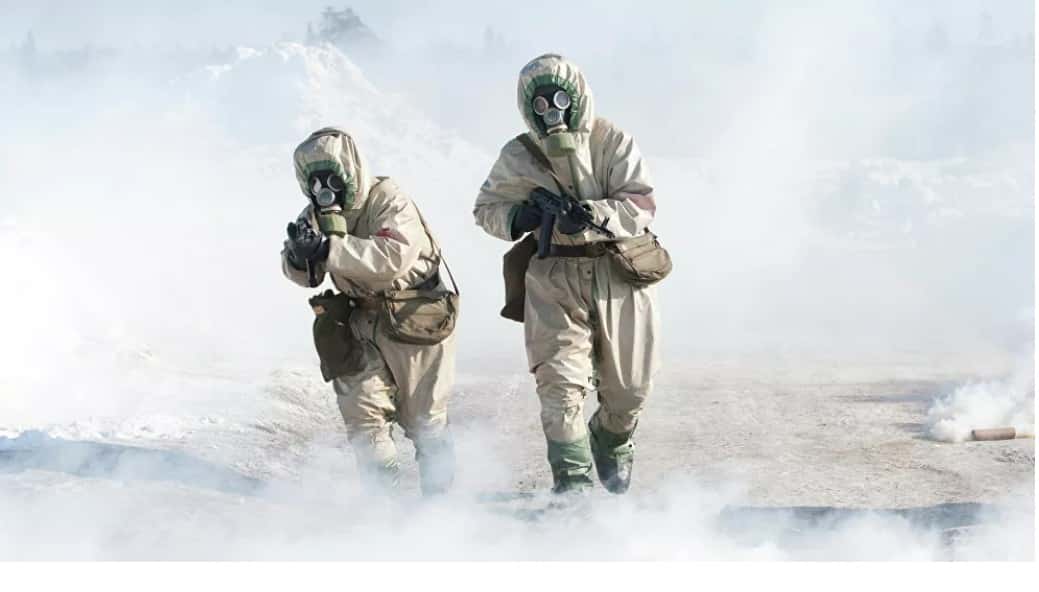 Sputnik/Moscow: The US accusations against Beijing over the so-called “cover-up” of the supposed Wuhan lab origins of COVID have raised questions about the US network of secretive bio labs located near the borders of Russia and China, as well as Washington’s decades-long resistance to the creation of an international transparency mechanism for bioweapons research.

The Wuhan Institute of Virology (WIV) first received a clinical sample of the unknown virus that later became known as SARS-CoV-2 on 30 December 2020, Wang Yanyi, an immunologist and director of the institute, told CGTN broadcaster on 23 May, denouncing the Trump administration’s claims that the novel coronavirus escaped from the Wuhan bio lab as “pure fabrication”.

US Has Been Opposing Int’l Biosafety Verification Mechanism for Decades

The Trump administration has repeatedly urged Beijing to grant access to Wuhan virology labs to American and other foreign inspectors. However, the People’s Republic rubbished Washington’s claims about the virus’ origins and expressed doubts that the so-called “independent” investigation pushed for by the US would be unbiased and objective. Washington’s verbal attacks against China and the alleged non-transparency of its bio research have turned the spotlight on the US’ own bioweapons programme.

On 13 May, Russian Minister of Foreign Affairs Sergei Lavrov raised the issue of US biological laboratories established overseas, most notably in the countries of the Shanghai Cooperation Organisation (SCO), and in former Soviet republics.

“There is a fairly dense network of these laboratories along the perimeter of the Russian Federation and near Chinese borders”, Lavrov told journalists, revealing that Moscow had signed a memorandum of understanding on biosecurity with Tajikistan and is holding similar talks with Uzbekistan, Kazakhstan, Armenia, and other neighbours in the post-Soviet space.

Since 2001, Russia, China, and many other countries have advocated for the creation of a verification mechanism within the framework of the Convention on the Prohibition of the Development, Production and Stockpiling of Bacteriological (Biological) and Toxin Weapons and on their Destruction to ensure biosafety and transparency with regard to biological research across the world. Still, the US remains “just about the only country” which has categorically opposed this proposal for roughly 20 years, according to the Russian foreign minister.

“This is another indication of American exceptionalism”, says Petri Krohn, Finnish political analyst and cybersecurity specialist. “It can safely be assumed that the United States biological defence programme is ‘developing pathogenic agents’. This is allowed under the Biological Weapons Convention as long as it is for defensive and not offensive purposes. Similar ‘gain-of-function’ (GOF) research has been done quite openly and transparently by civilian scientists”.

The analyst alleges that “there is no bioweapons research programme in any other country with the scope of the US programme”.

In mid-April, Russian Foreign Ministry spokesperson Maria Zakharova did not rule out that the Americans were using such bio labs in third countries “to develop and modify various pathogenic agents, including for military purposes”. Earlier, the issue was discussed by Secretary of Russia’s Security Council Nikolai Patrushev in his November 2019 op-ed for Rossiyskaya Gazeta: the Russian security chief signalled concerns about the Pentagon’s network of overseas biological labs “which conduct research on infectious diseases and where biological weapons can be made”.

The Chinese are concerned about the US’ domestic and overseas bio experiments, which remain no less shrouded in secrecy and non-transparent for the international community than their Russian counterparts.

In early May, the People’s Liberation Army’s English-language website published “Ten questions the US needs to offer clear answers to the world”. One of these questions touches upon the US’ avian influenza virus modification experiment, which was described by Science Magazine, the academic journal of the American Association for the Advancement of Science (AAAS), in February 2019.

The journal reported that in 2018, a US government review panel “quietly approved” experiments with the avian H5N1 influenza virus that were previously “considered so dangerous that federal officials had imposed an unusual top-down moratorium on such research” since they could potentially enable the pathogen to jump to humans.

Yet another question listed in the PLA list is about bio research conducted at the United States Army Medical Research Institute of Infectious Diseases (USAMRIID), located in Fort Detrick, Maryland, before and after April 2020. According to The New York Times’ August 2019 report, “safety concerns at a prominent military germ lab have led the government to shut down research involving dangerous microbes like the Ebola virus”. On 1 April 2020, the Centres for Disease Control and Prevention (CDC) restored the full operating capability of the USAMRIID, but the details of the shutdown remained unclear. “What is the truth behind?” the PLA website asks.

Similarly, the Chinese website questions the scope and purpose of US bio research overseas: “Why does the US keep tight-lipped about it?” it asks.

“I think these questions are legitimate to ask”, says Rob Kajiwara, a Hawaiian human rights activist. “I’m not saying that I think COVID-19 is a weapon, but we are well aware that the US has a long history of biological and chemical warfare”.

At a press conference on 8 May, Chinese Foreign Ministry spokesperson Hua Chunying pointed out that while China has only two P4 (biosafety level 4) laboratories dealing with dangerous viruses, the US has 13 bio labs of that kind which are “either in operation, under expansion or in planning”. She noted that in addition, the US has 1,495 medium containment facilities (P3), “not including many other labs it built in territories of the former Soviet Union, like in Ukraine and Kazakhstan, and in many other places around the world”.

Will US be Able to Contain Hazardous Leak if It Fails to Curb COVID?

According to Petri Krohn, the USAMRIID “is likely to have the largest collection of naturally occurring viruses and their genomes”. He presumed that “one of the main functions of the satellite laboratories in the former Soviet Union and around the world is to collect these viruses”.

As for the US avian flu experiments, the Finnish analyst highlights that gain-of-function (GOF) studies are believed to be highly controversial. “The US imposed a four-year moratorium on funding for GOF work, but new research, like the H5N1 influenza study have now resumed. It is impossible to know if similar studies are done in the biological defence programme”, he says.

What’s more troubling is that given the US failure to contain COVID-19 “because of the diverse cultures, the individualist ideology and the huge economic inequality”, the question arises as to whether the US would be able to effectively tackle a potential virus spread if it escaped either from its domestic or overseas labs, the analyst notes.

Chinese daily newspaper Global Times suggested that by building bio labs overseas, the US is seeking to avoid a potential leak accident, as well as legal problems and pressure from US media and anti-war groups. Citing Chinese military experts, the media outlet put forward an assumption that Beijing and Moscow could initiate an investigation of American bio labs worldwide at the UN to pressure the US into giving long-overdue answers to the questions about its secretive research.