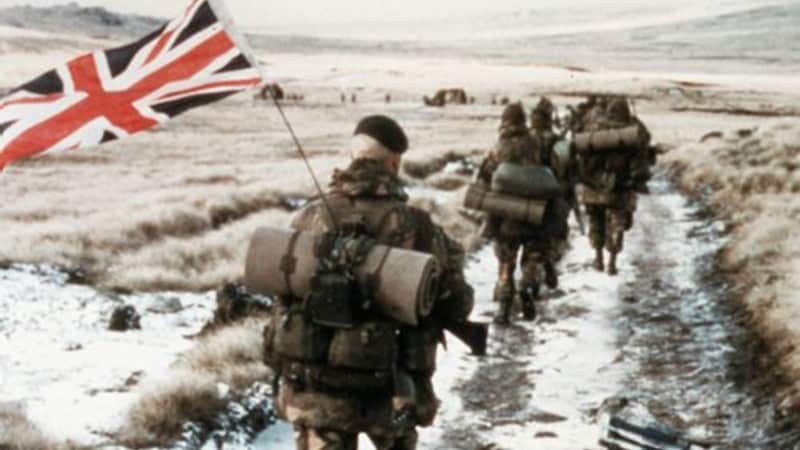 [Editor’s note: 38 years ago, a genocidal tinpot dictatorship seized control of a group of islands and imprisoned its British inhabitants. However, no foreign fascist regime would ever be allowed to rule over Britons so on this day, 38 years ago, the Royal Marines returned to the Falkland Islands to liberate their countrymen from the brutal jackboot of Galtieri’s Junta.

The Junta may be long gone, but Argentine’s remain obsessed with ownership of the Falklands, despite their having been a British colony present for decades before South America’s most despised regime even existed. Ian]

The Falkland Islands are preparing for the commemoration of significant anniversaries of events from the 1982 conflict when Argentine forces invaded the country. The first of these will take place at 2pm on Sunday 3 May, when a short memorial service will be held at Goose Green to mark the death of Lieutenant Nick Taylor.

Lt Taylor, of 800 Naval Air Squadron, HMS Hermes, died on 4 May 1982 when his aircraft was shot down over Goose Green.

Every year Goose Green residents, many of whom were incarcerated at the settlement hall during the war, gather to pay their respects and participate in the time-honored Act of Remembrance.

This year, due to the COVID-19 situation, the commemoration will follow a different format. Members of the public are asked to respect the settlement’s self-isolation policy and not attend.

Governor Nigel Phillips CBE and MLA Mark Pollard will lay wreaths, along with a representative from the Goose Green community. The Reverend Ian Faulds will preside over a short graveside service.

The event will be broadcast by Falklands Radio and FITV and the community’s remote participation is welcomed. You may simply wish to tune in, or share your thoughts and pay your respects on social media.

Plans for all other commemorations have been underway for several weeks and are progressing. These will be shared once they are finalized.

It is anticipated that because of the pandemic and social distancing, the community is unlikely to be able to give thanks in the usual way, but these anniversaries are vitally important, and the Falklands will continue to honor those lives lost and the sacrifices made for the freedom of our Islands. 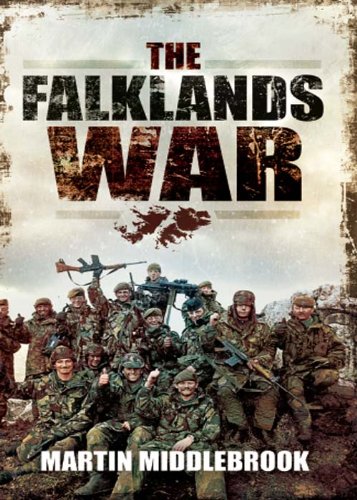 Saber-rattling President Alberto Fernandez also issued a threat to fishermen, warning he would sanction fishing companies operating in the Falkland Island’s seas. The Argentinian leader unveiled his plot to wrestle back control of the British overseas territory with three bills focussed on strengthening the territorial sovereignty of Argentina.

Speaking at the opening of the 138th congressional session, he said: “Our common home has a bleeding wound in the deepest of our sovereignty feeling, the usurpation of the Malvinas [Falkland Islands], South Georgia and the South Sandwich Islands.”

The first bill is the introduction of the National Council of Affairs Referred to the Malvinas Islands to enforce medium and long term State policies on the issue of sovereignty.

The second is part of Buenos Aires’ plot to seize control of the island’s seas stating it “will contribute to consolidating sovereignty rights over resources on the sea bed and subsurface”.

And the third bill refers to changing the Federal Fisheries Scheme to apply stricter sanctions on vessels “illegally fishing in those spaces under Argentine jurisdiction or in waters over which Argentina has sovereignty jurisdiction, which includes the Malvinas Islands”.

His plot comes after President Alberto Fernandez brazenly claimed Argentina will always own the Falklands despite Britain claiming it 187 years ago – and winning war over the territory in 1982.

He said: “It is an auspicious day to claim sovereignty, because today, 3 January, 187 years ago the British invaded the Malvinas.”