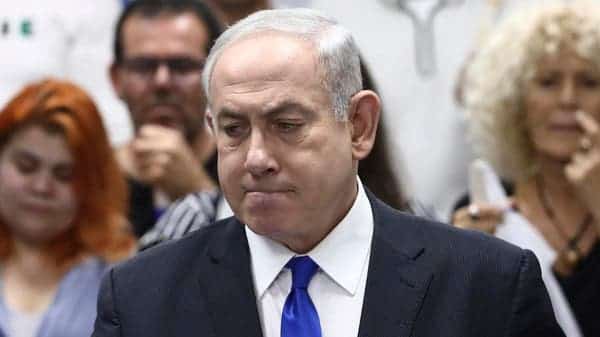 He arrived at the Jerusalem District Court for the opening session in the trial flanked by cabinet ministers from his Likud party who came to show their support.

He is charged with bribery, fraud, and breach of trust in three separate cases and the court session was dedicated in part to an acknowledgment that the prime minister and the three other defendants in the cases had read and understood the charges. The prime minister, and the other defendants, Yedioth Ahronoth publisher Arnon Mozes and the former controlling shareholder of the Bezeq telecommunications company, Shaul Elovitch, and his wife, Iris, all deny the charges against them.

One of Netanyahu’s lawyers, Micha Fettman, confirmed to the court that Netanyahu had read and understood the indictments against him. Fettman asked that the first hearing of evidence in the case only to be held in March of next year to enable defense counsel to review the investigative material and prepare for trial.

The three-judge panel set the next session in the case for July 19, 2020 to hear preliminary pretrial motions. Three cases, formally dubbed Cases 1000, 2000, and 4000, are being heard by Judges Rivka Friedman-Feldman, Oded Shaham, and Moshe Bar-Am. The lead prosecutor in the case, Deputy State Prosecutor Liat Ben Ari, entered the courtroom accompanied by bodyguards.

In televised remarks from the courthouse before entering the 3rd-floor courtroom for his hearing, Netanyahu assailed law enforcement officials, saying that the charges that he is facing are “ludicrous” and were “tainted from day one.”

“People from the police and prosecution got together with left-wing journalists to fabricate ridiculous, bizarre cases against me,” he added. The prime minister attacked several people by name, including Attorney General Avichai Mendelblit, former Police Commissioner Roni Alsheich and television journalist Raviv Drucker. Earlier, he was recorded telling Cabinet Secretary Tzahi Braverman to prevent reporters from asking questions.

In Case 1000, Netanyahu is accused of fraud and breach of trust over gifts he allegedly received from Hollywood mogul Arnon Milchan and billionaire James Packer. According to the indictment, Netanyahu received cigars and champagne from the two over the course of several years.

Case 2000 centers around Netanyahu’s alleged efforts to receive more favorable coverage from the Yedioth Ahronoth by promising policy changes that would strengthen the daily’s position in the face of competition from the free newspaper Israel Hayom.

In Case 4000, it is alleged that Netanyahu made decisions benefiting Bezeq controlling shareholder Shaul Elovitch in exchange for positive coverage on Bezeq’s Walla News website. It is considered the most serious of the three cases.

Mendelblit issued a statement on Sunday in which he said, “Today, at the Jerusalem District Court, the trial of four defendants began, among them the prime minister.” He added: “This trial will be handled like any other ‒ professionally and within the confines of the courtroom alone. … We will act without fear, even in the face of the baseless attempt to attribute ulterior motives to law enforcement agencies, an attempt that must be rejected at all costs.”

In an interview with Channel 20, hours after the court session, Netanyahu said he would under no circumstances agree to a plea bargain. “We’re not here to make deals, we’re here to bring the truth to light,” Netanyahu said.

Although the prime minister and the other defendants were required to attend Sunday’s session, they will not be required to come to court for the July session. The schedule set by the court seems to indicate that the judges intend to proceed without excessive delay.

The police reinforced their presence in advance of Sunday’s session, partly in anticipation of protests in support and in opposition of the prime minister. Some 250 pro-Netanyahu demonstrators protested in front of the district court prior to the start of the trial. About 200 members of the pro-democracy Black Flag group demonstrated against the prime minister in front of his official residence.

Deputy Prime Minister and Kahol Lavan leader Benny Gantz, who is slated by his coalition agreement to replace Netanyahu in a year and a half, said the prime minister is innocent until proven guilty, just like any other citizen. “I reiterate that my colleagues and I have complete confidence in the justice system and law enforcement. At this time, perhaps more than ever, we must act as a country and society for unity and reconciliation, for the State of Israel and for all Israeli citizens.”

Knesset opposition leader Yair Lapid, whose Yesh Atid-Telem faction broke away from Kahol Lavan following the coalition agreement, slammed Likud cabinet ministers for planning on accompanying Netanyahu at the first session of his corruption trial, calling it “a national disgrace not to be forgotten. This is the real attempted coup,” Lapid wrote on Twitter.