Jerusalem Post – US President Donald Trump addressed the audience at the Ford plant in Michigan on Friday when he took a moment out of his speech to praise the “good bloodline” the late Henry Ford had.

Ford, who is famous for the model T-Ford and revolutionizing mass production, was also an antisemite who spent a great deal of his personal fortune in printing and distributing books and pamphlets about the alleged danger Jews present to the US and the world.

While Ford was not the only famous American to hold anti-Jewish views, Adolf Hitler did not praise others in his book Mein Kampf as he did Ford.

Trump was praising the Ford company for making ventilators “with American hands, in the US” when he broke from his speech and mentioned Henry Ford whom, he said, had a “good bloodline”. Trump then smiled and said “if you believe in that stuff, you got good bloodline.”

He added that Ford and Thomas Edison are “looking down” from heaven, and are “very proud of what they see.” 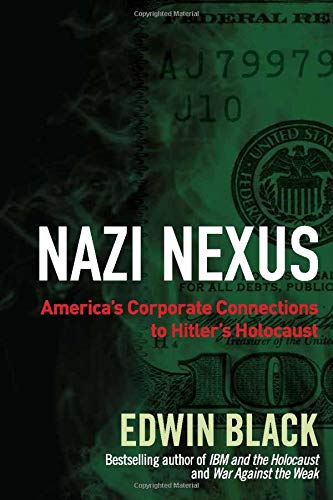 Trump has often expressed his personal belief he has good genes, a good bloodline, and fantastic skills from having a family connection to people that do, The Intercept reported. He expressed pride in having “German blood” and complimented British business leaders for having “amazing DNA.”

He also mentioned his uncle, John Trump, who taught at the Massachusetts Institute of Technology, as evidence that he too has “great genes” and is “very smart.”

The Jewish Democratic Council of America (JDCA) slammed Trump for his choice of words and painting the late Ford as residing in heaven.

“Lauding Ford’s ‘good bloodlines,’ President Trump echoed a concept used by Hitler to target and massacre Jews during the Holocaust,” the JDCA wrote. “Neo-Nazis and white supremacists hear the President’s message of solidarity loud and clear.”

“We call on the Republican Jewish Coalition to condemn President Trump for his recklessness and dangerous comments, which have made our community less secure,” they added.

Jonathan Greenblatt, the chief executive of the Anti-Defamation League (ADL), demanded that Trump apologizes for his remarks about Ford, “an antisemite and one of America’s staunchest proponents of eugenics.”

Ford accepted The Grand Cross of the German Eagle in 1938 for his service to the Third Reich.