“I believe that this nation should commit itself to achieving the goal, before this decade is out, of landing a man on the moon and returning him safely to the earth.”

In Washington, what he considers urgent national needs brings Pres. Kennedy to Congress to deliver before an extraordinary joint session an outline of the challenges facing the nation – An exposition of the threatening perils he believes demand of the people new measure of hardship and sacrifices. 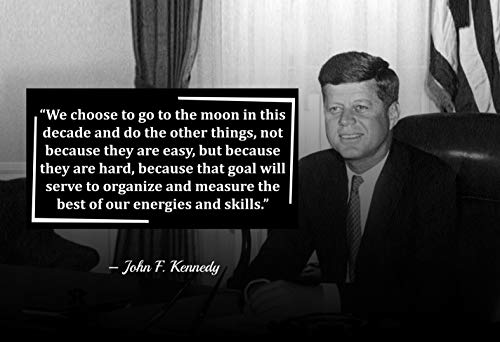 “These are extraordinary times and we face an extraordinary challenge, our strength, as well as our convictions, have imposed upon this nation the role of leader and freedoms caused. Finally, if we are to win the battle that is now going on around the world between freedom and tyranny the dramatic achievements in space which occurred in recent weeks should have made clear to us all as did the sputnik in 1957 the impact of this adventure on the minds of men everywhere who are attempting to make a determination of which road they should take. Since early in my term, our efforts in space have been under review, with the advice from the Vice President who is chairman of the national space council we have examined where we are strong and where we are not, where we may succeed and where we may not, now it is time to take longer strides, time for a great new American enterprise, time for this nation to take a clearly leading roll in space achievement which in many ways may hold the key to our future on earth.

I believe we possess all the resources and talents necessary, but the facts of the matter are that we have never made the national decisions or marshaled the national resources required for such leadership. We have never specified long-range goals on an urgent time schedule or managed our resources in our time so as to ensure their fulfillment. I, therefore, ask the congress above and beyond the increases I have earlier requested for space activities to provide the fund that is needed to reach the following national goal.

First I believe that this nation should commit itself to achieving the goal before this decade is out of landing a man on the moon and returning him safely back to the earth. No single space project in this period will be more impressive to mankind or more important for the long-range exploration of space and none will be so difficult or expensive to accomplish. In conclusion let me emphasize one point, it is not a pleasure for any President of the United States as I am sure it was not a pleasure for my predecessors to come before the Congress and ask for new appropriations which place burdens on our people.

I came to this conclusion er, with some reluctance, but in my judgment, this is a most serious time in the life of our country and in the life of freedom around the globe and it is the obligation I believe of the President of the United States to at least make his recommendations to the members of the congress so that they can reach their own conclusions with that judgment before them, you must decide yourselves as I have decided and I am confident that whether you finally decide in the way that I have decided or not, that your judgment as my judgment is reached in what is the best interest for the country.”