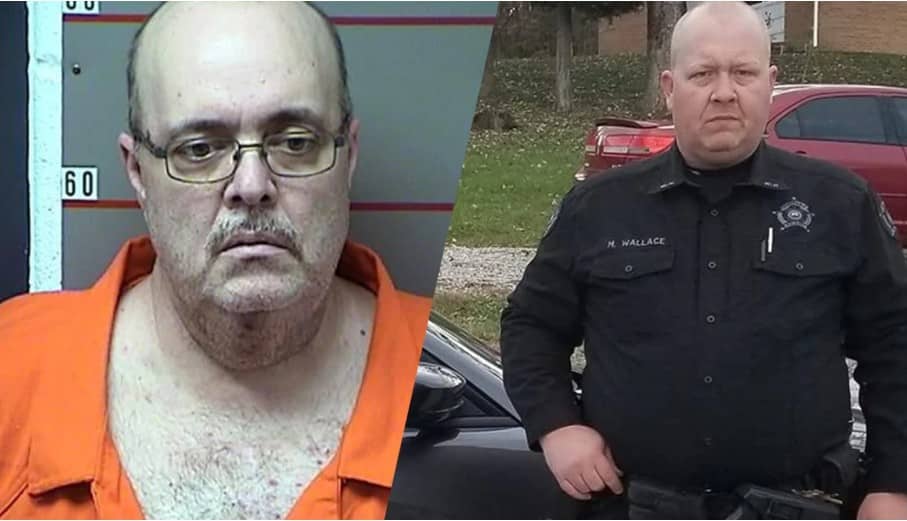 Editor’s note: One of our editors, we won’t say who, has a horse farm not that far away.  (All boots and hat, no horses)  The story here, which is a good read, is far from what could be written about the area.  Local constable there is a neighbor and pretty nice person who bothers nobody.  The sheriff was arrested for murder back in the late 90s, not that unusual either.

The key to the region is or was methamphetamine.  Now its Fentanyl. There are two types of people in Kentucky, church goers who are respectable and generally decent and the others, maybe 50 percent, who are monstrously bad, thieves and murderers.

Kentucky very much is the Wild West with every home a “Fort Apache” of alarms, flood lights and AK 47s.  This is life in the “red state” world, corruption and violence.  From the Daily Beast:

FBI agents dressed in tactical gear called his name several times, demanding the 55-year-old exit and surrender on an arrest warrant. After waiting several minutes, the agents forcibly broke down the front and back doors as neighbors began to line the block of the city of Somerset in suburban Pulaski County.

But just as they began to enter the house, one agent said, they saw a hand holding a holstered pistol.

According to the feds, Baldock began shooting his .40-caliber Glock semi-automatic, prompting a prolonged firefight. Nine minutes later, after an agent was shot and Baldock had sustained a wound in the chest, he surrendered.

As he slumped down against a wall of his home, however, he attempted to call the man with whom he had enjoyed special legal status in their deep-red Kentucky jurisdiction an hour outside Lexington: Michael “Wally” Wallace.

They weren’t police, per se, but elected constables—and they were accused of abusing their power.

If Wallace and Baldock had flown under the radar, that changed on Sept. 24, 2019. That’s when they allegedly falsely arrested an undercover federal agent during a sting operation aimed at decoding their behavior. The two men were by then at the center of a multi-jurisdictional investigation, a bizarre fall from grace that pointed to the perils of electing lawmen who might be left to learn on the job.

“We’ve been hearing through the grapevine that the whole [scope] of the corruption is not just with those two constables; there could be others potentially involved that come forward in the findings as well,” Kentucky Constables Association president and Adair County constable Jason Rector told The Daily Beast.

Wallace and Baldock boasted full arrest powers despite being required to obtain little to no law enforcement training or certification. The role, in theory, mostly consists of delivering court papers like warrants and eviction notices. But their records were far from mundane.