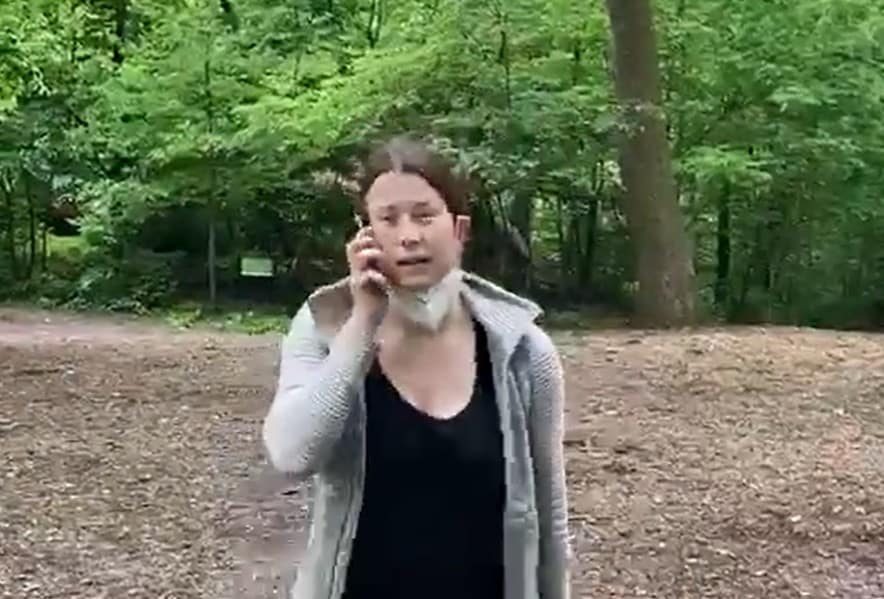 Christian Cooper, the “evil negro” that Amy Cooper lies about in her insane police call (on video) is a Harvard graduate and executive at Marvel Studios. (Yes, everyone in this story is named “Cooper.”

Daily Beast: A white woman who called the cops on a black man during an argument over a dog being off-leash in New York’s Central Park has been placed on “administrative leave” by her employer.

The investment firm Franklin Templeton says it does not “condone racism of any kind” and is investigating the situation—which was caught on video and went viral Monday.

The incident began when bird-watcher Christian Cooper asked the woman to put her dog back on the leash, as required by the park. When she declined, he called for the dog and offered it a treat.

As the woman freaked out, Mr. Cooper began recording, and Ms. Cooper (no relation) got in his face and said she would call police. “I’m going to tell them there’s an African-American man threatening my life,” she said. She then did just that—emphasizing to the 911 operator that she was calling about a black man and yelling into the phone in a hysterical voice while pulling up the dog by its collar several times.

Abandoned Angels, a New York Cocker spaniel rescue group, said it now has custody of the dog, who was shown in distress on the video as Ms. Cooper grabbed his collar while she was calling 911.