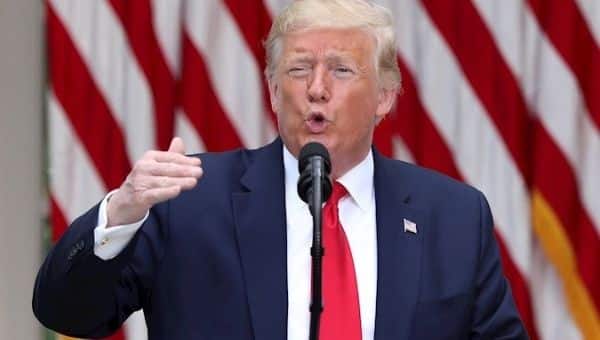 US President Trump Threatens to Shut Down Social Media

On Wednesday, just one day after Twitter started verifying the content of his messages, the U.S. President Donald Trump accused social media of silencing conservative voices and threatened to regulate or shut them down.

“Republicans feel that social media platforms totally silence conservatives’ voices. We will strongly regulate or close them down before we can ever allow this to happen. We saw what they attempted to do, and failed, in 2016,” Trump tweeted.

“We can’t let a more sophisticated version of that happen again. Just like we can’t let large scale Mail-In Ballots take root in our country. It would be a free for all on cheating, forgery, and the theft of Ballots. Whoever cheated the most would win. Likewise, social media. Clean up your act, NOW!!!!,” he stressed.

On Tuesday, Twitter linked a Trump’s message disqualifying mail-in ballot with verified information which contradicts what he had posted. This is a common procedure on Twitter, although this social network had not previously applied it to the U.S. president.

TICK TOCK.
WE NOW HAVE A TRUMP DEATH CLOCK:

The Republican politician posted a message in which he assured that mail-in ballot in the upcoming presidential elections would inevitably have fraudulent consequences and lead to rigged elections.

Trump was reacting to Governor Gavin Newsom’s decision to mail ballots to all registered voters in California as an exceptional measure in face of the COVID-19 pandemic.

Twitter is the most used social network by Trump, through which he communicates directly with his eighty million followers without going through the traditional media filter.