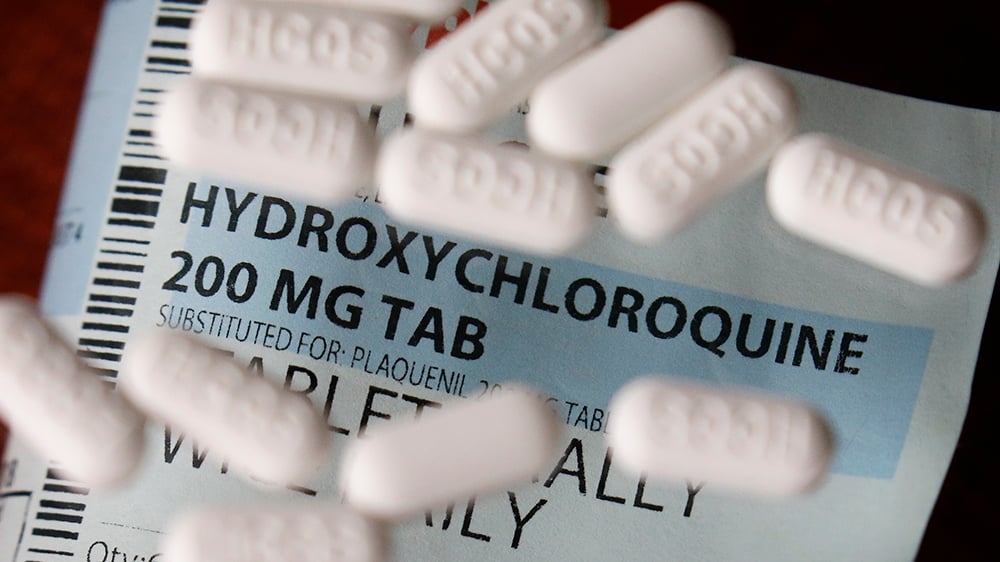 A top Israeli infectious disease specialist has said that she believes that hydroxychloroquine is ineffective in treating COVID-19. The drug has been under investigation worldwide, including in the United States, after US President Donald Trump called it a “game changer” in the fight against coronavirus.

Galia Rahav, head of the Infectious Disease Unit and Laboratories at Sheba Medical Center, Tel Hashomer, told The Jerusalem Post that at the onset of the coronavirus pandemic, her team treated some patients with hydroxychloroquine and enrolled others in a clinical trial that involved the drug.

Hydroxychloroquine is currently in use for the treatment of autoimmune diseases worldwide, such as lupus and rheumatoid arthritis, and has been used for years to treat malaria. However, Rahav said that “summarizing the data, we don’t think it works [for COVID-19] and we are not using it.”
Rahav was reacting to a question regarding the decision this week by the World Health Organization (WHO) to pause recruitment for the hydroxychloroquine arm of its Solidarity
Trial while it evaluates the safety data.

The Solidarity Trial is an international clinical trial to help find an effective treatment for COVID-19, which was launched by WHO and its partners. To date, nearly 3,500 patients have been enrolled from 17 countries in four parallel laboratory and clinical studies: Remdesivir, Lopinavir/Ritonavir, Lopinavir/Ritonavir with Interferon beta-1a and hydroxychloroquine.

Only the hydroxychloroquine study was paused.

Recently, several studies have been published that showed dangerous effects of the drug. On May 22, an observational study published in the British journal The Lancet found that among 100,000 patients from multiple countries randomized to receive hydroxychloroquine, there was a higher mortality rate and an increased frequency of irregular heartbeats for those who received the drug.

An earlier study by a research team at Beth Israel Deaconess Medical Center (BIDMC) in Boston likewise found that the drug was linked with increased risk of cardiac arrhythmia in COVID-19 patients.

“The accumulating evidence is that there is limited data to suggest efficacy and there’s growing evidence that suggests toxicity,” Dr. Howard Gold, infectious disease doctor at BIDMC, said of the drug hydroxychloroquine in an interview published by the Boston Herald.

The BIDMC study evaluated 90 adults infected with the novel virus, each of whom received at least one day’s treatment of hydroxychloroquine, which can stay in the body for up to three weeks, according to Gold.

IN AN EVENING briefing on Tuesday, WHO promised a swift review of data on hydroxychloroquine, probably by mid-June.

“A final decision on the harm, benefit or lack of benefit of hydroxychloroquine will be made once the evidence has been reviewed by the Data Safety Monitoring Board,” the body said in a statement. “It is expected by mid-June.”

Nonetheless, on Wednesday, the French government cancelled a decree allowing hospital doctors to administer hydroxychloroquine as a treatment to patients suffering severe forms of COVID-19.

Rahav told the Post that she does not believe the side-effects of the drug are a significant danger.

“We have not seen any scary side effects,” she said, noting that this is true even among those patients who have received high doses of the drug for long periods of time. She said there have been isolated cases of arrhythmia and rashes, but that these were not consistent or common symptoms. “I don’t think the side effects are a big deal, but I also think it does not do anything.”

The Swiss drug maker Novartis said that it would not stop its 440-patient US study. Novartis said the Lancet study, while covering 100,000 people, was only “observational” and not capable of demonstrating a causal link between hydroxychloroquine and side effects.

Also, the Italian Medicines Agency (AIFA), the national authority responsible for drug regulation in Italy, has an approved trial of hydroxychloroquine on 2,500 patients, which will start in early July and focus on the use of hydroxychloroquine in prophylaxis, Italian pharmacology scholar Annalisa Chiusolo told the Post. The study, for which preliminary data would be ready within 16 weeks, will look at whether the preventive intake of the drug decreases the probability of contracting COVID-19 when one comes directly into contact with a positive patient.

In her research, Chiusolo found that hydroxychloroquine could act as a prophylactic, preventing or limiting the symptoms of the disease while waiting for the formulation of the vaccine that specifically stimulates the antibody response of the body. She said it could make the patient immune to COVID-19 and/or limit its side effects.
Rahav said her team is exploring the benefits of other drugs, including Remdesivir, an antiviral medication developed by the biopharmaceutical company Gilead Sciences.

In addition, they are testing using plasma as a passive vaccine, based on the assumption that those who have recovered from COVID-19 have developed special antivirus proteins or antibodies in their plasma, which could therefore help sick patients cope with the disease. Rahav said she believes anticoagulant treatments could also decrease mortality in severe coronavirus cases.