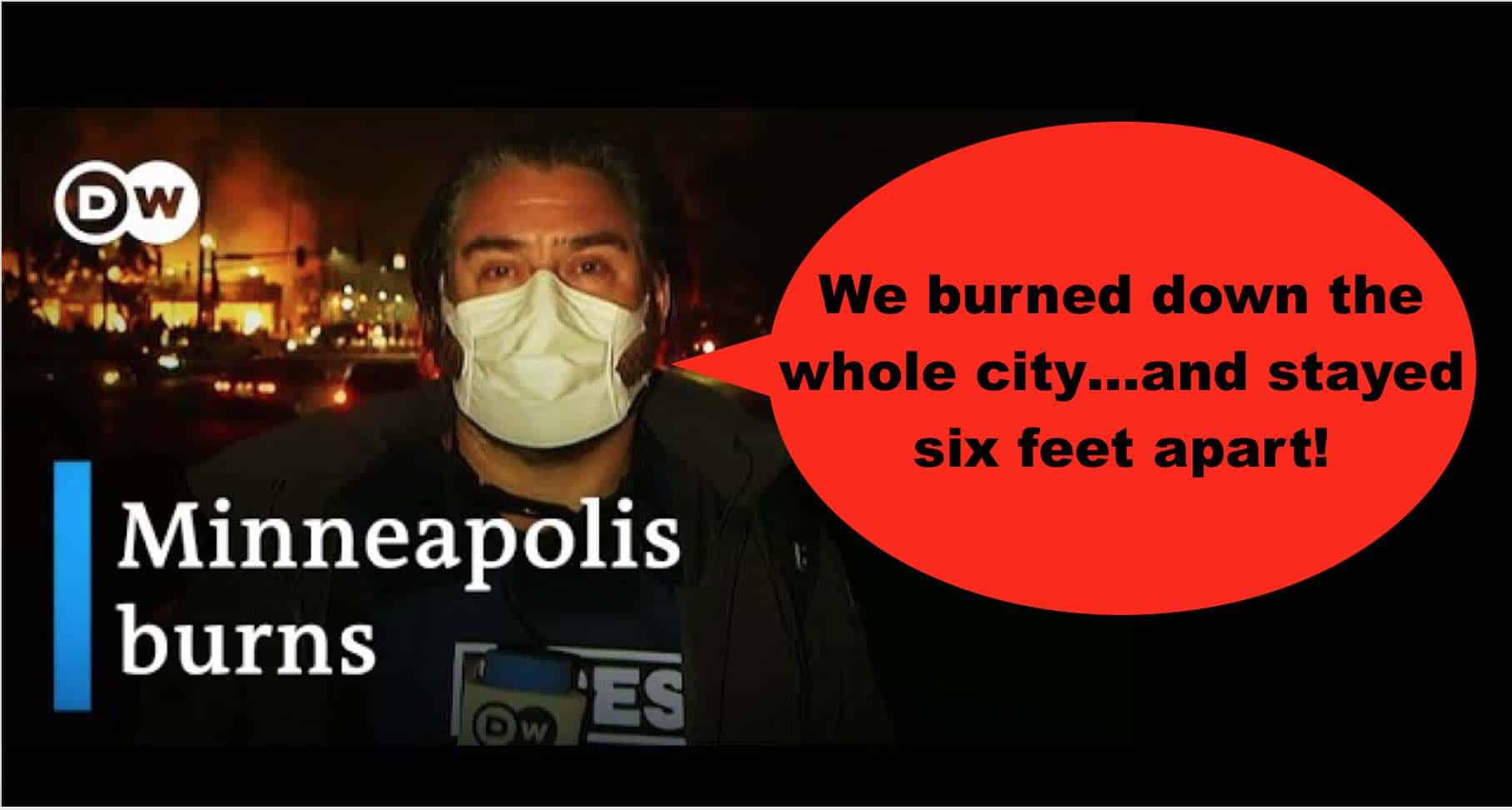 “We understand that after two months of being locked down in their homes with no paycheck and insufficient toilet paper, people feel a need to get outside and express their legitimate anger by destroying things and attacking law enforcement officers,” Frey said at a press conference outside City Hall. “But they need to remember that we are in the midst of a pandemic. As we move out of lockdown and resume our normal routine of violent crimes, mass shootings, vandalism, arson, and assault, it is absolutely imperative that citizens, including violent criminals, wear N-95 masks in all public places. They must maintain a minimum of six feet of space around them even while committing crimes, such as overturning police cars, that require several people to act in unison in a limited space. The mayor’s office recommends that citizens seeking to overturn a police car prior to burning it should first allow the officers inside to escape so as to avoid risking transmission of COVID-19. Then each vandal should position himself six feet from the other vandals, one at the rear bumper, one in the middle, and one on the front bumper, being careful to lift and overturn the squad car while fully maintaining that minimum six feet of social distance and making sure your masks are in the correct position.”

Frey also recommended that rioters seeking to battle police officers use only Mayor’s-Office-approved six foot long fighting sticks so as to inflict the maximum damage on the officer without risking exposure to the novel coronavirus. He added that anyone getting within six feet of an officer would be subjected to a $500 fine by the health department, while anyone who coughs or sneezes during the riots will be shot on sight as a terrorist.

What is the difference between Delta 10 THC and Delta 8 THC?