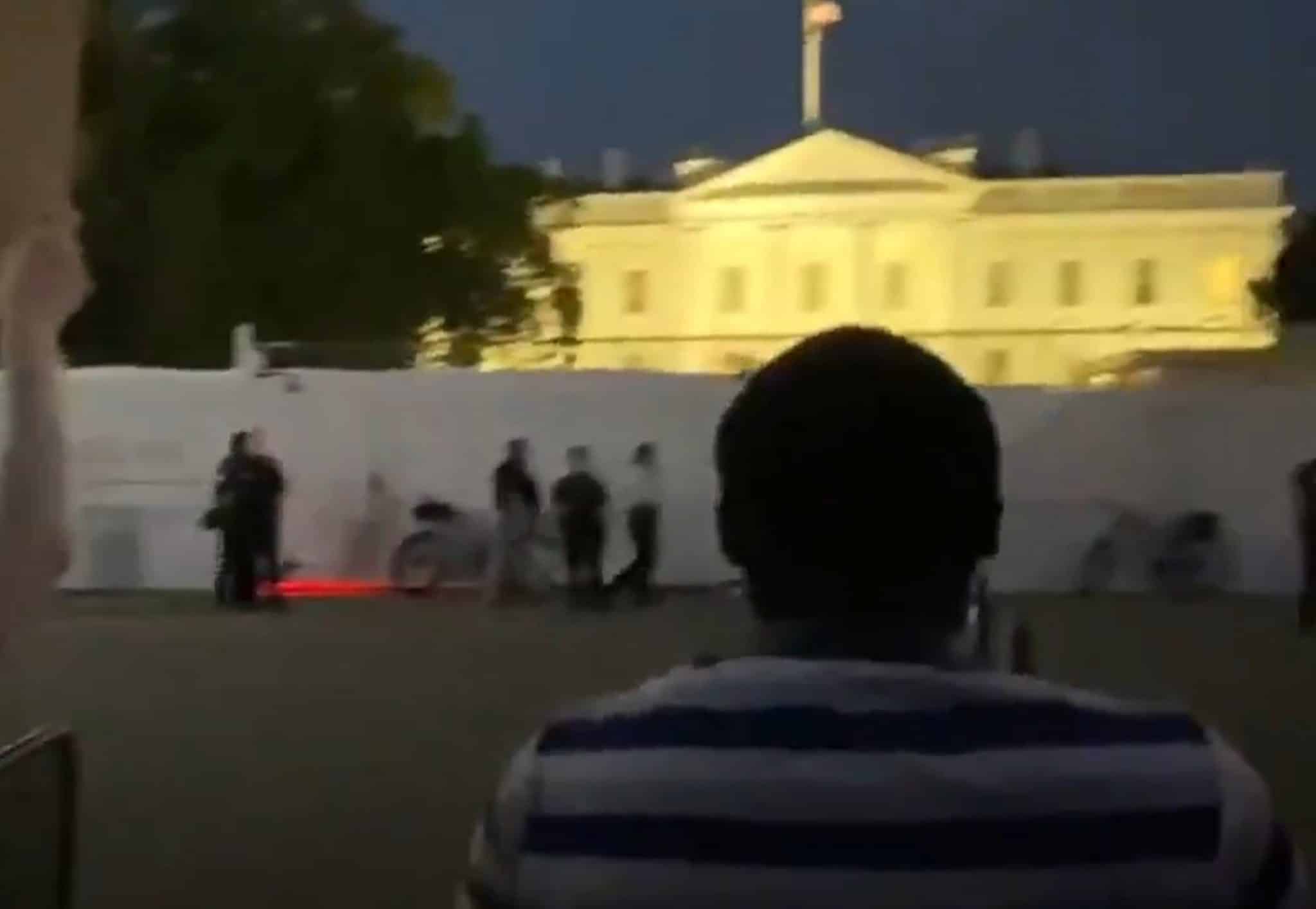 Trump now asking for Klan to come to DC to kill demonstrators.  This is the end of the beginning and now the beginning of Trump’s end.  No power on earth will be able to protect an American Nero.

Will this massive peaceful protest on the Stone Arch Bridge in Minneapolis today be shown on US corporate media?#JusticeForGeorgeFloyd pic.twitter.com/1AVKFGTtT9

Daily Beast: Donald Trump used Twitter to thank the Secret Service for protecting the White House on Friday night against demonstrators protesting the death of George Floyd at the hands of Minneapolis police. He said the unit tasked with protecting him were “not only totally professional, but very cool” as they kept protesters, who were partly fired up by his own racially insensitive comments, at bay.

“I was inside, watched every move, and couldn’t have felt more safe,” he wrote before threatening that had protesters would “have been greeted with the most vicious dogs, and most ominous weapons” if they breached the security perimeter.

Chicago Mayor Lightfoot had very choice, very specific words for Trump's comments on the murder of George Floyd, and the subsequent protests in Minnesota: "I will code what I really want to say to Donald Trump It begins with F and ends with you." https://t.co/GWSzbSw8cg

He bragged that officers were quickly replaced “with fresh agents, like magic” quoting one officer telling him, “We put the young ones on the front line, sir, they love it, and….good practice.” He went on to bash the D.C. mayor for not deploying D.C. police to protect the president, which is not part of their jurisdiction.

Twitter concealed a tweet from Trump on Friday for “glorifying violence.” In the tweet, Trump called demonstrators “THUGS,” suggested the military should intervene, and said “when the looting starts, the shooting starts.”