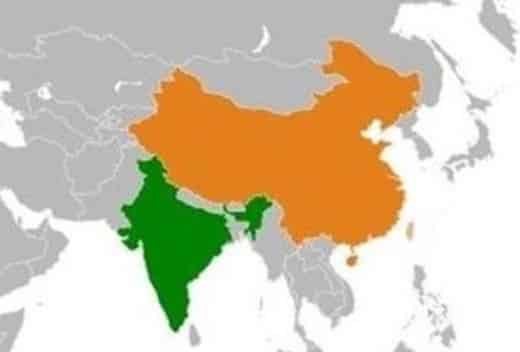 In his book, ‘The Prince’, Machiavelli advises the rulers to have a lion-like image outwardly, and act upon the traits of goat inwardly. He also suggests them, the use of terror to obtain their goals and foreign adventures to divert the attention of public from internal crises. In his sense, a good ruler should be a good opportunist and hypocrite.

It is regrettable that since Narendar Modi, the leader of the ruling party BJP, became Indian prime minister, he has been following the discarded tactics of Machiavelli in the modern era of renunciation of war, peaceful settlement of disputes and economic development.

Taking the risk of nuclear war, besides Pakistan, Indian extremist Premier Modi is acting upon the dangerous strategy against China and Nepal.

In this regard, PM Modi, BJP, RSS and VHP are acting upon ideology of Hindutva ((Hindu Nationalism). Indian extremist rulers’ various moves such as abrogation of the special status of the Jummu and Kashmir to turn Muslim majority into minority in the Occupied Kashmir (IOK), continued lockdown in the IOK, martyrdom of thousands of the Kashmiris there, introduction of new domicile law against the majority of Kashmiris to completely end any sort of dialogue with Islamabad to settle the Kashmir dispute, persecution of religious minorities especially Muslims, anti-Muslim laws-CAA/NRC, under the guise of coronavirus, discriminatory policies against the Muslims, assaults on Muslims by the fanatic Hindus, blaming  Indian Muslims and Pakistan for spreading of this novel virus in India and imposing various restrictions on the Muslims are notable.

Implementing the August 5 announcement of last year, Indian central government issued a notorious map on October 31, 2019. In accordance with it, Jammu and Kashmir was bifurcated into two union territories—Jammu and Kashmir and Ladakh and identifies Pakistani side of Azad Kashmir as well as certain areas of Gilgit-Baltistan as an Indian territory.

In this respect, Pakistan Foreign Office has said in a statement that Islamabad “rejects these political maps, which were incompatible with the United Nations’ maps….no move by India could change the disputed status of Jammu and Kashmir…India’s expansionist intention has manifested itself in another dangerous move of formally annexing Indian-held Kashmir.”

China also objected to the bifurcation of Jammu and Kashmir into two union territories as “unlawful and void”, adding that India’s decision to “include” some of China’s territory into its administrative jurisdiction “challenged” Beijing’s sovereignty.

While, Indian fanatic rulers are escalating tensions with Pakistan to divert attention from the drastic situation of the IoK and other internal matters like failure of Modi’s economic policies and have continued shelling inside Pakistani side of Kashmir by violating the ceasefire agreement in relation to the Line of Control (LoC).

Meanwhile, on May 5, this year, tensions escalated between India and Nepal and India and China, which resulted into loss of face for India.

In this connection, thousands of Chinese People’s Liberation Army (PLA) troops moved into sensitive areas along the eastern Ladakh border, setting up tents and stationing vehicles and heavy machinery in what India considers its territory. China’s actions have been in response to India’s construction of roads and airstrips adjacent to the Line of Actual Control (LAC), which will improve connectivity and enable easier mobility for Indian troops in the area.

Besides, two skirmishes between forces of the two countries on 5 and 9 May in the border areas of Pangong Lake and North Sikkim in Ladakh injured more than 100 soldiers from both sides.

In response, the Indian army has moved several battalions from an infantry division usually based in the Ladakh city of Leh to “operational alert areas” along the border.

Meanwhile, Zhao Lijian, Chinese spokesman for ministry of foreign affairs said: “China is committed to safeguarding the security of its national territorial sovereignty, as well as safeguarding peace and stability in the China-India border areas.”

In this context, Chinese official newspaper Global wrote: “Long Xingchun from Beijing Foreign Studies University said the latest border friction was a planned move by New Delhi…India in recent days has illegally constructed defence facilities across the border into Chinese territory in the Galwan Valley region, leaving Chinese border defence troops no other options but making necessary moves in response, and mounting the risk of escalating standoffs and conflicts between the two sides.”

In this respect, Indian news website “The Print.in” reported that “Now, news agency ANI has reported that Chinese troops have moved in “nearly 10-15 km from the Indian post KM 120 in the Galwan Valley, and have pitched tents and stationed themselves close to the post. Post KM 120 lies on the strategic Shyok-Daulat Beg Oldi road whose inauguration last year caused much discomfort to China”.

As far as tensions between India and Nepal are concerned, a new road opened by New Delhi which passes through the disputed territory has roused territorial dispute between the two countries. The link road connects Dharchula in the India state of Uttarakhand to the Lipu Lekh pass near the LAC–India’s border with China. India said the new road would facilitate the movement of pilgrims to Kailash-Mansarovar, claiming that it will significantly cut down the duration of the journey. But, the southern side of the Lipu Lekh Pass, called the Kalapani territory, is a disputed region between India and Nepal. Lipu Lekh Pass is on LAC with China and is of huge strategic importance. Observers believe that India’s move to open road aims at monitoring Chinese movements.

The Makhali river situated along the disputed boundaries has many tributaries. New Delhi claims that the river begins at Kalapani, but Nepal says that it begins from Lipu Lekh Pass, which is the source of most of its tributaries.

In the recent pass, Nepal’s Prime Minister K.P. Oli said in Parliament that Lipulekh, Kalapani and Limpiyadhura belong to Nepal and vowed to “reclaim” them through political and diplomatic efforts. He also stated that Indian strain of coronavirus is more lethal than the Chinese.

And Nepal on May 20, 2020 published an authoritative map, showing the areas of Lipulekh, Kalapani, and Limpiyadhura as part of its territory, toughening its stance against New Delhi.

Amid lockdown in Kathmandu due to coronavirus endemic, Nepalese people and students held a protest procession on May 11, 2020, shouting slogan against the Indian government’s inauguration of a new road.

It notable that India and Nepal have inaugurated South Asia’s first cross-country oil pipeline, allowing Nepal to receive an uninterrupted supply of oil from India. But, tensions between New Delhi and Katmandu and the closure of the border have led to disruptions of the supply.

While, India and China have 3,500 kilometers long un-demarcated border which runs along Himalayas and is generally a very difficult terrain. Beijing has developed infrastructure and road network in Tibet and Aksai Chin region so that they could have a good access up to the border. Same is being done by India on its side.

Currently, there are three pressure points developing: one is the China-Sikkim border, Nepal-India border, and the third is in Ladakh region where there is a lake and river.

It is interesting to note that the Indian leadership right from Narendra Modi to Ajit Doval, Bipin Rawat and even Indian army chief has not given any clear public statement as to what is happening. Whereas there is a clutter on social media that Indian has lost hundreds of square kilometers of area and it is being dubbed as ‘second Kargil’ by the Indian media.

Taking cognizance of the Indian war-mongering diplomacy, Chinese President President Xi Jinping on May 26, 2020 issued a subtle warning to India by stressing that China must “adhere to a bottom-line mentality,” referring to Beijing’s unwavering territorial claims near its border with India—comprehensively strengthen the training and preparation of troops” to handle complex situations effectively”.

If we look at South Asia, India has created problem with every SAARC country: military conflicts, water disputes, border disputes etc. Generally, Pakistan is blamed, even by its own so-called liberals that we have problems with our neighbors, whereas actually it is India which is the ‘bad apple’ and now even smaller nations within the South Asian region are realising that Indian bully has to be stopped.

Interestingly, Indian media also claimed that Chinese had detained some of their soldiers along with weapons briefly and then set them free. Notably, Indian Air Force pilot Abhinandan was also briefly detained by Pakistan and as a peace gesture, Islamabad released him.

Nevertheless, these drastic developments show the dismal state of Indian army’s morale, which is a highly demoralized army now.

In fact, fast growing economic power of China coupled with her rising strategic relationship with the Third World has irked the eyes of Indians. Nepal has become another target of the Indian hegemonic designs in South Asia, as it has developed cordial relationship with Beijing, while New Delhi’s endeavor to alienate Nepal from China has failed.

It is worth-mentioning that China’s increasingly closer ties with Pakistan and the China Pakistan Economic Corridor (CPEC) which is part of China’s One Belt, One Road (OBOR) or China’s Belt and Road Initiative (BRI) has openly been opposed by India which is trying to sabotage this project, as recent terror-attacks, sponsored by Indian RAW in Pakistan and Balochistan province have shown.

Regarding the tensions between Beijing and New Delhi, Pakistan’s Prime Minister Imran Khan and Foreign Minister Shah Mahmood Qureshi stated on May 28, this year: “India’s expansionist policies in the region, led by the ruling right-wing Bharatiya Janata Party of Narendra Modi, are becoming a threat to New Delhi’s neighbours… New Delhi has border disputes with China and Nepal, tension over the Citizenship Act with Bangladesh and a threat of false flag operations against Pakistan…China can’t remain oblivious to India’s illegal constructions in Ladakh…while China wished to resolve issues through dialogue”

After India, China on May 29, this year too rejected US President Donald Trump’s offer to “mediate” between India and China to end their border standoff, saying the two countries are capable of resolving their differences through dialogue.

Notably, the last major border tension between New Delhi and Beijing occurred in 2014. The standoff was resolved after three weeks. The two countries also fought a brief war in 1962, which China won.

Unlike the past, now, border dispute between both the neighbouring countries has become very serious. If it not resolved through negotiations, it could result into all-out conventional war which may culminate into nuclear war, enveloping the entire region.