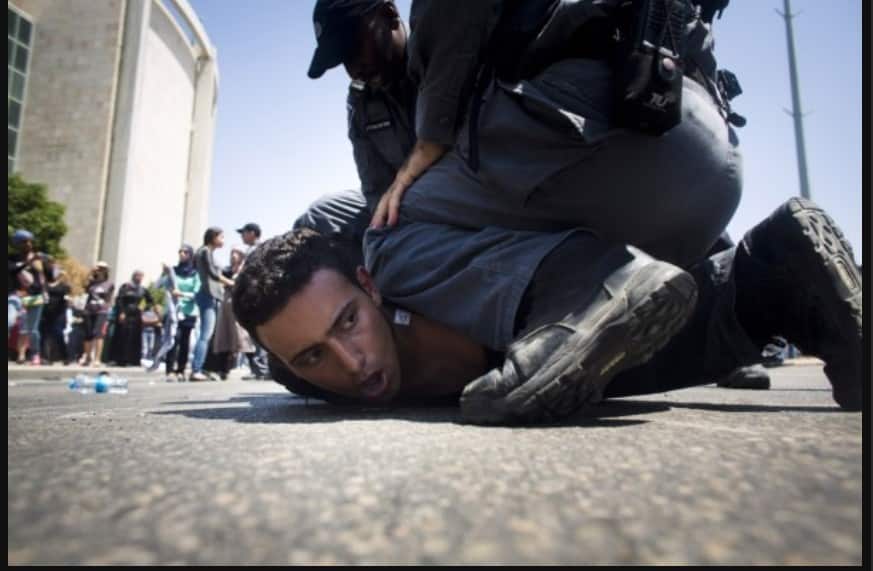 Special Note: I wrote this article back in 2015 raising the issue of training our police force in Israel were killing or murdering a Palestine is not worthy of an investigation let alone a trial. What happened in Minneapolis is a reminder that that police trained in Israel by forgetting that America is not Israel where police are held responsible and accountable for even the use of excessive force. I call on All police departments to cancel and revoke all training in Israel.

In Tel-Aviv, as in Baltimore, it is clear that Israeli and American police share the same philosophies and practices. All citizens, especially if they are Black, are “Palestinians” to be dealt with in the same way, as suspected terrorists.

Immediately after 9/11, and taking advantage of having one of its own in a high ranking position in Homeland Security, JINSA, the Jewish Institute for National Security Affairs, made it a point to create a close (if perhaps too close) relationship between it and the national security agencies of Israel and America. This included Defense, CIA, Homeland Security, and the police.
The view was that Israel had a close relationship with the military-industrial complex could contribute to the national security of the US with the aims to “engage the American defense community about the role Israel can and does play in securing Western democracies’ interests in the Middle East”.
There is no reason to go into detail about “who’s whom” in JINSA. Many served as top officials of the US while serving at JINSA. All of them, without exception, played a key role in America’s wars against Afghanistan and the destruction of Iraq, promoting “not just invasion, but the total war on Iraq, Iran, Syria, Saudi Arabia, and Palestinian Authorities” (ref.: The Nation, September 2, 2002).
So it should not come as a surprise for all of us, especially the Blacks and the Black leadership, that JINSA through its Law Enforcement Exchange Program enabled tens of thousands of policemen and major city police chiefs to train in Israel. The “Week-long program designed to strengthen American law enforcement counter-terrorism, practices by facilitating dialogue with and studying techniques used by their Israeli counterparts to keep citizens safe”.
In November 2008, the International Association of Chief of Police honored the Israeli National Police at is an annual conference in San Diego. Recognizing the role of JINSA’s program in shaping American police rules of engagement.
Last week in Tel-Aviv, Israeli police used “stun grenade” clubs and tear gas, at the rally organized by Jewish Ethiopian-Israelis, who were demonstrating against not only police brutality but also deep-rooted racism by White Israeli Jews. The protests came three days after police officers in Holon, a Tel-Aviv suburb, severely beat an Ethiopian-Israeli who was in IDF army uniform, and whose beating, from the video shown on public television, was without provocation… breathing-while-Black is sufficient.