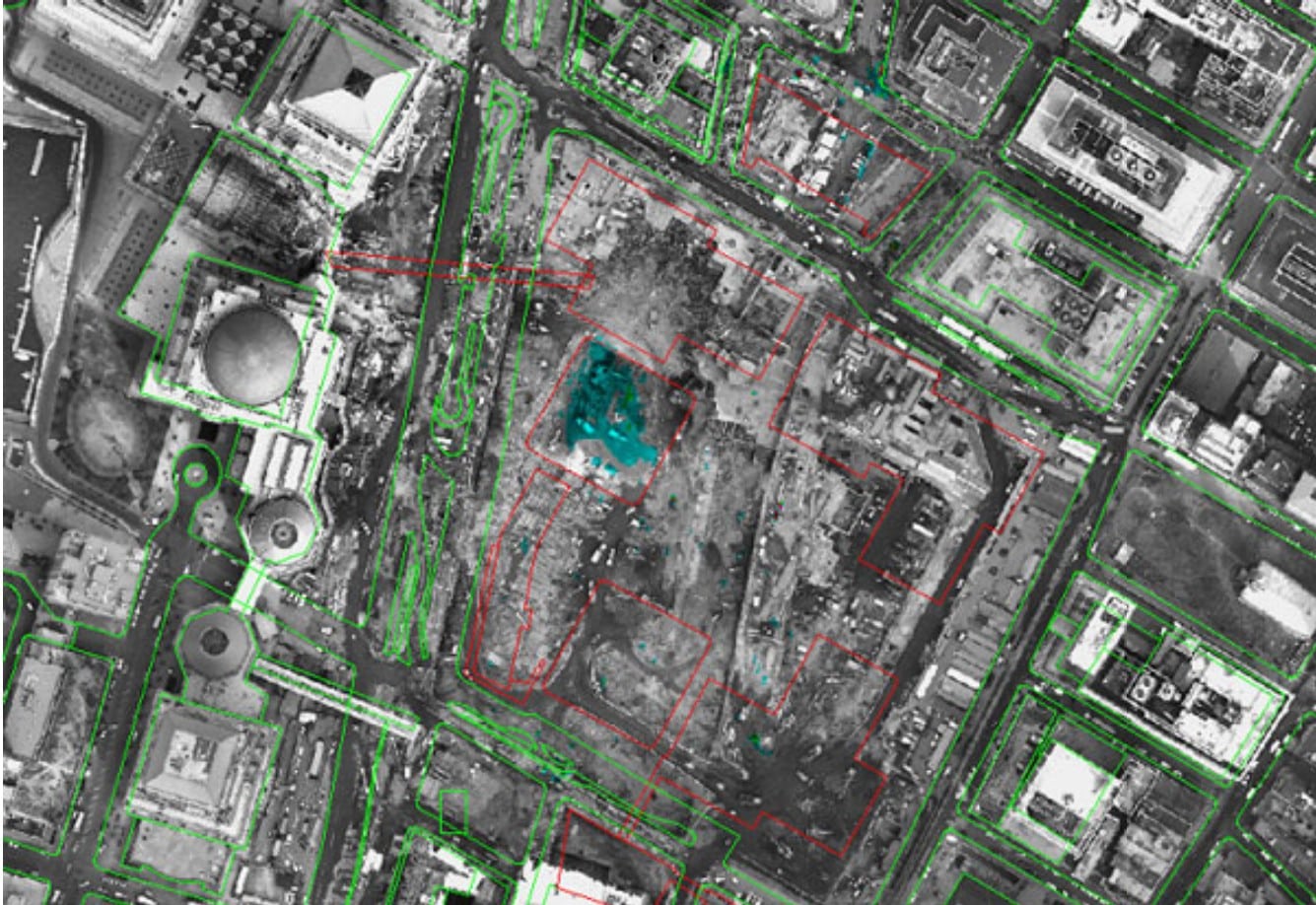 By Dr. Francois Roby for VT

It’s no news to VT readers that the World Trade Center demolition on 9/11 was nuclear. However it’s no news either that a vast majority of people outside of VT readers are still reluctant to entertain or even believe this very idea. Now it’s time to go mainstream, thanks to Heinz Pommer and the Ground Zero Model (GZM). Yes, it’s now possible! The GZM relies solely on physics laws, which you’ll understand even if you’re not a physicist or an engineer. Because it’s not rocket science, but simple laws you can experience in everyday life. You know what a firearm recoil is, don’t you? You know that it’s not a good idea putting your hands on your motorbike engine just after a 50-mile trip, don’t you? Well, you know enough physics to start with. We’ll let the details to experts, intelligence experts or nuclear explosives experts, and concentrate on the core of the problem.

Remember Newton? Staring with an apple and understanding that it’s no different from the Moon — from the gravitational point of view of course? Whether this story is true or not, it shows that you have to forget anything but the necessary elements in order to deeply understand a perplexing problem. So let’s do the same with Ground Zero and the GZM, and consider the situation is not much different than a hot-plate. Why a hot-plate? Because, as you already know, it was very hot at Ground Zero, and for a long time. You probably know Architects and Engineers for 911 Truth push the nanothermite red herring. Now that’s not a reason to disregard all of their work; a very useful portion of their research is that of Andrea Dreger regarding ”Sources related to exceptionally high temperatures, and/or to persistent heat at Ground Zero”1. It gives a lot of data that supports the GZM and a nuclear demolition.

The cooling process of any kind of material is an extremely well-known phenomenon: from a coffee mug to your motorbike engine, the laws of physics, the laws of cooling, are the same. Even if you can’t make calculations as engineers do, you can grasp the main ideas because the GZM book was written specifically so that the average person will understand the physics, the science.

Here several curves are shown with different characteristic times (time is on horizontal axis, temperature on vertical one). A very small object will cool down very quickly (curves very close to

vertical axis at left) whereas a very massive one will cool down much more slowly like the red curve. Again, not rocket science, but only obvious experiments you can make in everyday life: you expect a small motorbike engine to cool down much more quickly than that of a big truck, only because the motorbike engine is so much smaller. Now what’s very interesting with these curves is that they can tell you how much total heat was released. You only have to know the starting point (how much temperature difference with the surroundings) and the characteristic time, which means the length of time to cool to a normal temperature. And of course, you need to know the heat exchange area (the larger and the more numerous the fins on the cylinders, the more heat you can evacuate).

And of course, the heat exchange area for Ground Zero is large. And in the case of Ground Zero, we have such data, at least approximately. Temperatures were measured with aerial IR thermography at different dates, so we have temperatures, heat exchange area, and characteristic time. Let us just recall that fires were burning for 100 days —yes, that long— after the attacks, and that the ground was not yet fully cooled in February of 2002 (see picture below)… All this combined gives, if you just look at the bigger picture, a HUGE amount of heat, in the petajoule (PJ, or 1015J) range. As you’re probably not familiar with this, it’s on paar with the daily heat output of a big nuclear power station (which is about 3 times the daily electricity output).

And that’s almost enough to prove the nuclear nature of the event; the energy budget required to heat the ground, and requiring well over 100 days to cool to normal, and based on the laws of physics, the 9/11 event HAD to be nuclear in nature because a nuclear device is the only mechanism known to the world that can produce this heat signature for this period of time. For a physcist, the nuclear nature of 9/11 is proven with this simple calculation alone.

However, Heinz Pommer goes much further than that in the GZM book. Because there’s no heat without source, you can estimate how much combustible you need to produce such a huge amount of heat. And for deep, fundamental reasons that only scientists will properly understand, any chemical explanation —be it combustion, or explosives— requires masses comparable to those of the buildings themselves, which is of course absurd. What we mean here is that using thermite or conventional explosives would have required 10s of 1000s of metric tons of conventional explosives. A nonsensical and laughable approach.

Only the nuclear option gives the clue: as anybody knows, nuclear power plants can extract a huge amount of energy from a ridiculously small amount of nuclear ”fuel,” compared to coal-fired power stations for example.

And that’s it! Now of course, to know exactly how it was possible to hide —although not completely— a nuclear demolition operation in the very center of NYC, you will have to read Heinz Pommer’s GZM book. Mr. Pommer and colleagues, all physicists, provide a very detailed mechanism for the Ground Zero Demolition and maybe some few elements of the GZM are wrong (he does admit what he proposes is a model, and not the ultimate truth), time will tell, but Pommer and Colleagues have made a gigantic leap forward towards bringing the nuclear demolition scheme into public discussion, and not leave it to the “false” experts or the ”conspiracy theory nuts”. As Mr. Pommer puts it in the GZM book: ”It is now up to the Americans”. You have no excuse not to read the GZM and share and spread the news with everyone you know. 9/11 was a nuclear event.

One more item to discuss:VT readers already know who was responsible for 9/11, at least the main actors. However I would like to tell you my personal story that will add to the 9/11 data. On my blog I wrote in September 2016 an article that gave all the scientific arguments to understand that 9/11 was a nuclear event in NYC. It was a purely fictional story, even presented in a very grotesque form, with no mention to 9/11 but it was quite obvious for well-informed readers that it could be related to what happened to the WTC on 9/11. For reasons I will not explain here, the president of the French Zionist lobby, Francis Kalifat, happened to read my blog and this article in particular. He then wrote a letter to the president of my university asking him to take heavy sanctions against me, because I was —according to him— a ”mad scientist,” a ”racist,” an ”anti-Semite” and a ”psychiatric case”, among other amenities. Strangely, although this article did NOT pretend to explain anything about 9/11, but just to be an excuse for doing physics, Mr. Kalifat claimed that I was pretending 9/11 was a nuclear event, which ”of course” demonstrated I was totally mad. And the French university administration finally obeyed the Zionist Lobby’s requests. I am now forbidden to teach and/or research at the my university for 4 years since April of 2019, receiving only half of my salary. The power of the Zionist Lobby at quelling evidence that 9/11 was nuclear and the Zionists had a direct hand in it, knows no bounds.