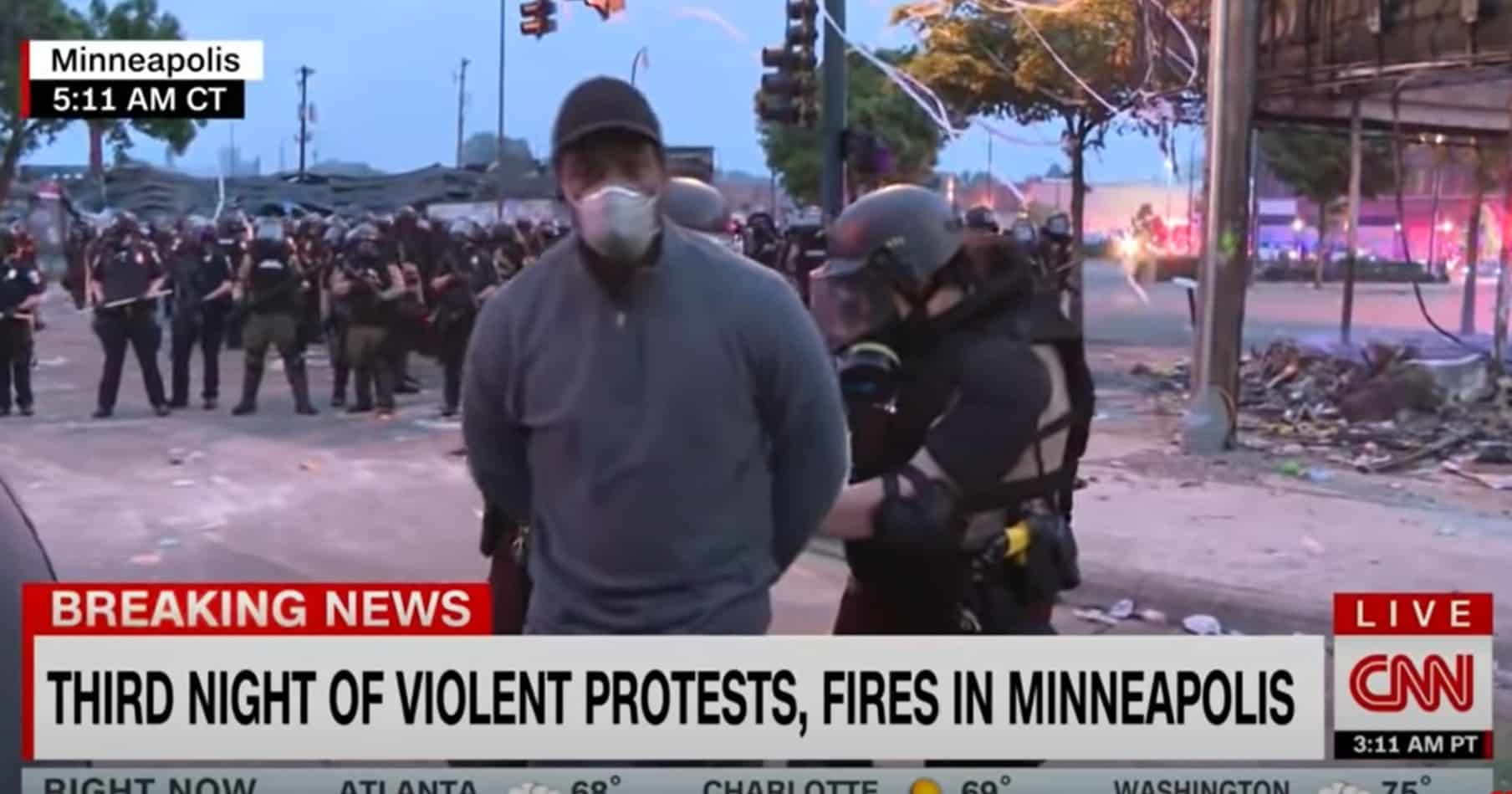 The George Floyd protests appear to be yet another Vladislav Tserkov-style “shiftshaping” operation drawn from avant garde theater.

For background on such “political technologists” it is best to watch Adam Curtis’s 2016 film “Hypernormalisation.”

The idea is to turn politics into a sort of shape-shifting theater, where nobody knows what is true and what is fake. Tserkov’s name is itself an aptronym – Tskerk – Circus – the man of Circuses. Tserkov’s critical innovation was to let it be known that putting on a show is what he was doing.

I do not believe such “script supervision” is reckless; rather, the flaws in the stagecraft allowing us to peek to see the construction of the spectacle are part of the genre.

Everybody can see the “fourth wall” but everybody ignores it, just like we learn to ignore the puppetmasters in Noh theater and its American analogue – Avenue Q.

Outlets like ZeroHedge reporting on elements of the stagecraft are reserved seating to the spectacle for those on the margins of the mainstream narrative – like the cheap seats on the end of the atrium allowing you to peek from time-to-time beyond the wings, the bricks laid out as on a prop-table. Zerohedge even uses the word “staged.” https://www.zerohedge.com/political/its-setup-mysteriously-staged-bricks-appear-throughout-major-protest-cities

If you watch CNN, you get a nice solid center balcony seat. The NY Times is a comfy chair in the loge for some society matron who doesn’t know what she’s talking about, even though it was a good performance, and she’s too snooty to walk around the theater and take in the show from other perspectives.

Consider the use of the color Pink worn by agent provacateurs in the Floyd matter. Add in the numerous reports of pallets of bricks being pre-placed before the fire, and voila! We get “Another Brick in the Wall” from the Pink Floyd Live in Berlin album with its famous choral refrains, “We don’t need no thought control” and “hey, teacher, leave us kids alone.”

These performances are both shape-shifting “reflections” of the current political unreality – or what my teacher at UC Berkeley Alexei Yurchak would have called “Hypernormal.”

It might just be another one of those curious coincidences, except I will note the incident took place in MinneaPOLICE-St. Paul – a divided city like the Berlin of Floyd’s 11th album. It’s important to note: as Tserkov was growing up, videos like this were broadcast on Voice of America: The Wall: LiveNation National Tour!

So, Code Pink shape-shifted to Pink Floyd. Why George? I don’t know. Why Chauvin? I don’t know. Why the gematria magic numbers?  But we live in a country that once saw “Total Eclipse of the Heart” on MTV and I’ve seen some pretty trippin’ decorations at an Arcade Fire concert. I was a music critic, so I picked up on the Pink Floyd references just enough I could say I was

I suspect “exposure” videos were not created by a citizen researcher but are rather part of the op:

The Umbrella Man is a little easier because of its association with the JFK Assassination – like a eurotrash fedora and trenchoat costuming they throw in there for the arrogant effect….ooh! A conspiracy theory is coming! My own perception of this incident is itself shape-shifting as I engage with the various videos through which I experience it. It’s in many ways a gesamtkunstwerke where my own current unreality.

I can’t help but think that Black Lives Matter shares an acronym with the Bureau of Land Management and that the Clive Bundy standoff with the BLM was contemporaneous with the Eric Garner protests.

Once again, we get masonic imagery on the devils chessboard – a black life and a white life that don’t matter, lots of people acting like cattle, and violent standoffs with government thugs. What am I supposed to think about all this – well, it’s ambiguous, artistic.

If you aren’t a high-art connoisseur (a “kenner und liebhaber” with a security clearance), it comes off as well, “bizarro” for the self-aware plebs such as this common-sense Navy Veteran:

Whatever happened in Vegas in 2017 – that’s the point! It’s bizarro. It’s deliberately ambiguous. What happened happened.

It’s a joke: What happened in Vegas stayed in Vegas.

As a good starting point Abstract Expressionism, which we are seeing play-out in a post-modern “happening” we should understand that the CIA acts as the “Hidden Ministry of Culture” to quote Frances Stonor Saunders

If the public – and future historians – is to step outside of the frame – it is through the techniques of art criticism and hermeneutics. We have to think like Alexander Dugin to get Alexander Dugin. He’s read Tolsoy.

The acting in l’affair floyd is so effective and the pyrotechnics so cinema verite because the actors in the Floyd Farce truly believe in what they are doing: and the high-minded architects of this Masque are laughing at us because it is a comedy. We really don’t need no education – just throw bricks. HaHa! Oh, the “wokes’ are fearing Soros again! Teeheeehee!!

Avant Garde Expressionist Composer Karlheinz Stockhausen was the first  platformed-speaker to get 9/11 right: it was the ” the greatest work of art imaginable for the whole cosmos.” http://www.osborne-conant.org/documentation_stockhausen.htm

Why, the “Wall,” I will hazard a guess, or rather a “critical interpretation” – Trump said he would build a great wall – but walls can take many forms. I keep asking myself in San Francisco, “How can there be sanctuary in an antisocial city” (Mayor London Breed – the City of London! It’s a cult of transformation in a city of cults) After the outrage We have built invisible walls – a curfew is a wall. The National Guard is a wall. The police form walls. We have social distancing walls. We have “Psy-crinolines.”

As for the Coronavirus psyop – pay close attention to the early propaganda from March 11th 2020 or so and read about the history of the San Francisco Bathhouse debate – a debate about walls. It’s a shape shifting of the term “tea party.” Diane Feinstein’s “stock dumping” is X-rated, and I have no prurient interest.

Jennifer LaFonataine gets it because she made a Review – it’s not about “news.”

Thomas Busse is a former professional opera and music critic for the San Francisco Classical Voice. His writings have also been published by the New York Times and Arts America. He has appeared as a special guest of Al Franken on Air America Radio. He has a degree in Criticism from UC Berkeley where he studied with Richard Taruskin.