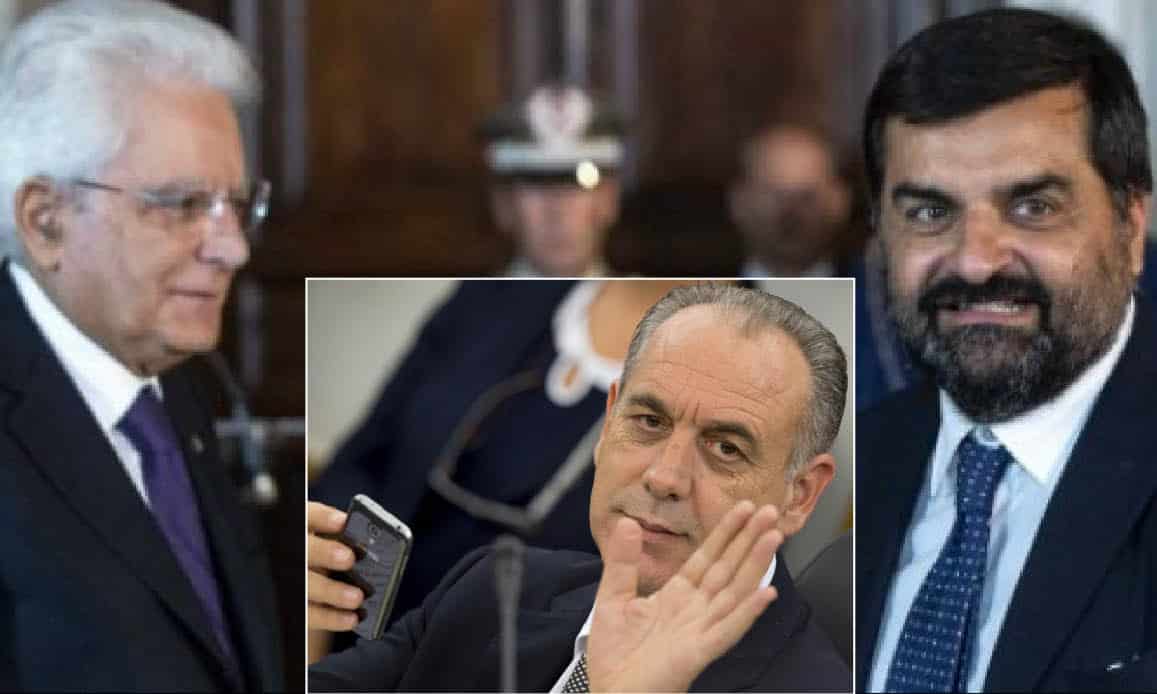 “Blessed are those who hunger and thirst for justice because they will be satisfied”
Jesus Christ – Matthew’s Gospel 5,6

Finally, after decades of vague or difficult to document accusations, the conspiracies of the notorious “Red Togas” (left-wing magistrates) come to the surface to quench that thirst for justice that burns in the throats craving for truth even more than in those hungry for political revenge.

That’s why with this report we open a new cycle of investigations on the PalamaraGate scandal that is causing the Italian judiciary to lose its credibility, raped by a history of infamous sidetracks even on the massacres of some judges such as Giovanni Falcone and Paolo Borsellino (less distant than how it may seem from the current scandals as we will soon see …).

A dripping of wiretapping has opened Pandora’s box of judicial corruption and shady plots such as to overwhelm and inflict terrible suspicions even on the Superior Council of Judiciary (CSM), the governing and surveillance body of those judges and prosecutors who, as recalled in the other article, they have marked Italian political history in the past 20 years.

The invitations to dissolve this institution launched by the opposition parties to the Head of State, Sergio Mattarella, CSM president by right, have issued an ambiguous statement in which he actually spreads his arms in a gesture of acclaimed impotence that appears even worse than his already long and embarrassing silence.

Today, 2 June 2020, instead of the feast, the death of the Italian Republic, already born under the bad stars of alleged electoral fraud in the referendum for the repeal of the 1946 monarchy and the unification of Italy pepretrated through the “Expedition of the Thousand” warps by British Freemasonry (see article on Garibaldi).

In fact, we cannot speak only of “conspiracies” between members of the Democratic Party (PD) and magistrates in relation to the latest revelations of a project to discredit Matteo Salvini, leader of the League, on the thorny and delicate issue of the ship Diciotti, a symbolic epiphenomenon of that Mediterranean Sea’s migrant emergency now epidemic for years for the coasts of the Italian peninsula.

Since Salvini was Minister of the Interior when he was targeted through a judicial investigation that forced him to resort to parliamentary immunity provoked by a political attack even planned by the former vice-president of the CSM Giovanni Legnini, already under-secretary in two PD governments, the technical name of that plan is a “conspiracy” as the Treccani encyclopedia clearly points out: “Secret pact, and mostly confirmed by oath, between people who agree to overturn the order of a state and who represents it.”

A tangle of private messages between politicians and magistrates, intercepted by the Guardia di Finanza in investigations for corruption in judicial acts against the substitute Roman prosecutor Luca Palamara, gave birth to a position taken by the CSM against Salvini for his decision to delay the landing of the boat with illegal immigrants following which the investigation into kidnapping of the former Minister was triggered.

He saved himself from the trial thanks to parliamentary immunity but thus ended up under “political blackmail” of the government allies of the 5 Star Movement enough to induce him a few months later to present a motion of no confidence against the Prime Minister Giuseppe Conte. After the crisis, Conte returned to the government, on behalf of President Mattarella, thanks to the same 5-Star MPs who allied themselves with the Democrats of the PD who had publicly criminalized the Minister of the Interior for the management of migration policies.

All this would be only normal political conflict if it had not been triggered by a member of the CSM as Legnini, who would have had the task of supervising the impartial behavior of the magistrates and instead seems to have behaved like the conductor of a band of “Red Togas”, despite his role.

In fact, as vice president, he is delegated to lead the Superior Council of the Judiciary by the Head of State who is the president by right.

In May 2019, the scandal that we renamed PalamaraGate broke out. Luca Palamara, former president of the National Magistrates Association (trade union) thanks to the votes of his current UNICOST, a former member of the CSM, was investigated for corruption in judicial documents because he was suspected by the Prosecutor of Perugia of having received money and gifts to cover up the investigation into a friendly entrepreneur (full story here).

But in the context of the wiretapping initiated by the military of the GICO (Investigation Group Organized Crime) of Finance by inoculating a trojan in Palamara’s phone, even more serious things are discovered.

The magistrate, then investigated and suspended from duties without pay, made private meetings with other colleagues and representatives of the Democratic Party in which he discussed how to pilot the appointments in some strategic Prosecutors such as Perugia (holder of the investigation over himself) and Rome, where an investigation is pending for aiding and disclosure of official secrecy on the ex minister Luca Lotti, right arm of the former PM and PD secretary Matteo Renzi, in relation to some tip-offs on a maxi-investigation for bribes in CONSIP, the government company which manages the public administration’s billionaire contracts.

Lotti is among the protagonists of those meetings in a Roman hotel which was also attended by Cosimo Maria Ferri, a judge on leave, a former undersecretary with the PD and today a deputy in this same party.

Palamara panicked and tried in every way to get an anticipation on the contents of the investigations against him and would receive some “spying” from authoritative colleagues of the Superior Council of Judiciary such as the then Attorney General of the Cassation Riccardo Fuzio and the councilor Luigi Spina, both investigated and induced to resign as three other members of the body of magistrates (Fuzio actually asked for early retirement).

A wave of mud swept the Palazzo dei Marescialli, headquarters of the CSM, last May despite President Mattarella’s attempt to praise PG Fuzio for mitigating the scale of the scandal. The story was also fading because the Court of Cassation ruled on wiretapping with the Trojan, considering them usable towards Palamara but not towards the co-suspects for the disclosure of office secrets for the usual Italian legal quibbles.

After 12 months, however, on April 22 last, the Prosecutor of Perugia filed the documents against the main accused for the notification of the closure of the investigations and, within them, wiretappings of hundreds Chat messages among togas, revealed in preview from the newspaper La Verità. Among them the disconcerting ones on Legnini’s political-judiciary plot.