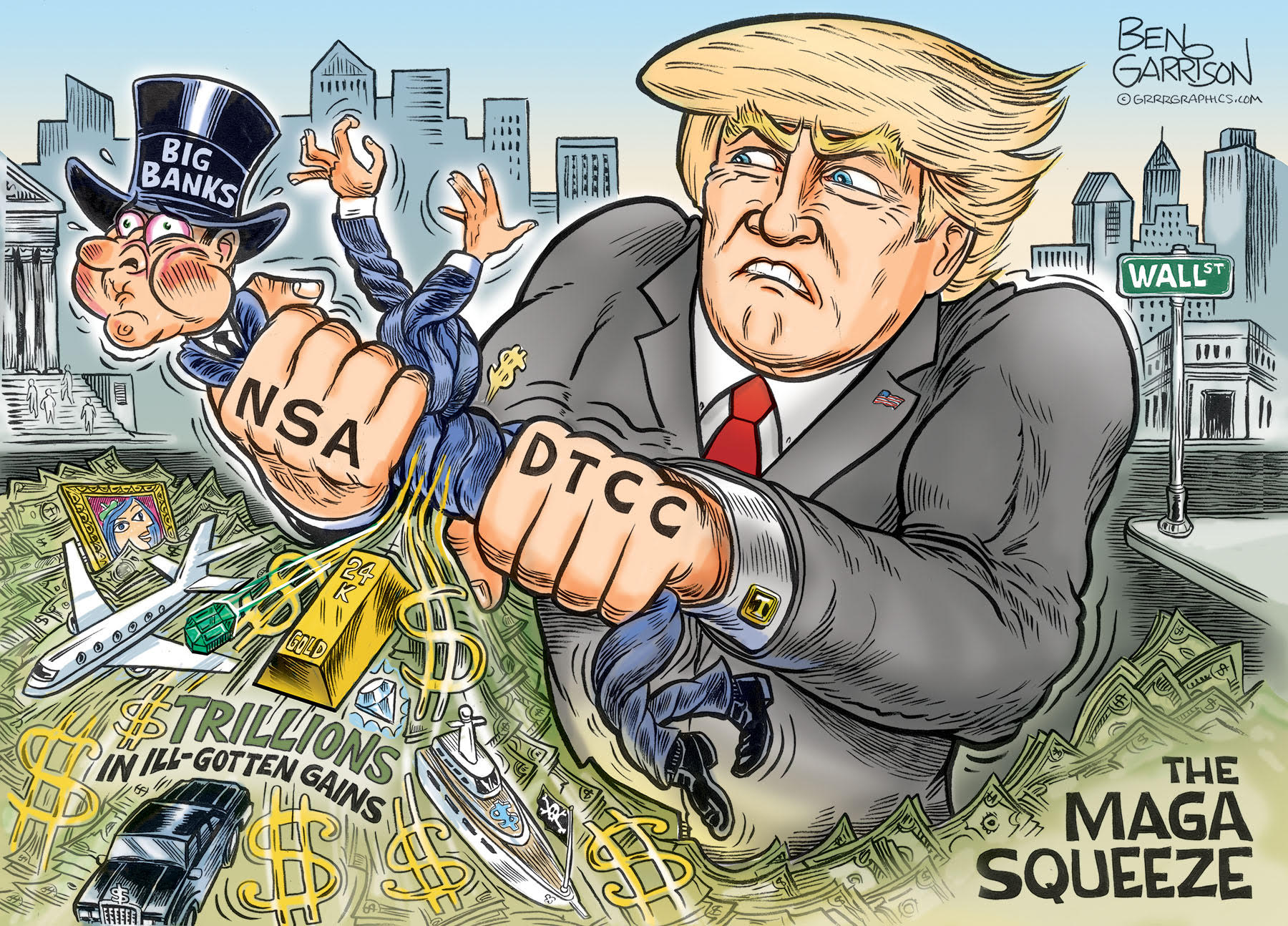 ROBERT STEELE: This cartoon was funded by the new project to help Main Street recover $200 trillion stolen by Wall Street — half via naked short selling (the sale of stocks that are never delivered) and half via money laundering.  Other cartoons here.

Roughly 5,000 individuals, a combination of individuals, partners in the major Wall Street firms including particularly Goldman Sachs, Merrill Lynch, and JPMorgan, and associated lawyers and others engaged in the global ecology of naked short selling and money laundering – both federal crimes – are now subject to discovery and criminal forfeiture of all assets purchased with illicit wealth.

In the United Kingdom “unexplained wealth” is now subject to investigation and discovery by the National Crime Agency.  The USA needs a similar project.  To take one example, all of the vacant luxury condominiums in New York City are immediately confiscatable by criminal forfeiture once the illicit provenance of the funds used to buy these asset can be established.

The President of the United States of America has been briefed on the depth and breadth of all data now stored by the National Security Agency (NSA) and is also aware of what could be discovered within a very short time through a complete audit of the Depository Trust & Clearing Corporation (DTCC).

The fact that the President has War Powers is a bonus. Wall Street criminals and their clients have nowhere to run. It is immediately possible for the President to execute a squeeze and come away with no less than $100 trillion dollars in confiscations of criminally-derived assets, both to make reparations to all the pension funds and individual investors cheated by Wall Street; and to fund the re-building of America by restoring the wealth stolen from Main Street by Wall Street, back to Main Street.