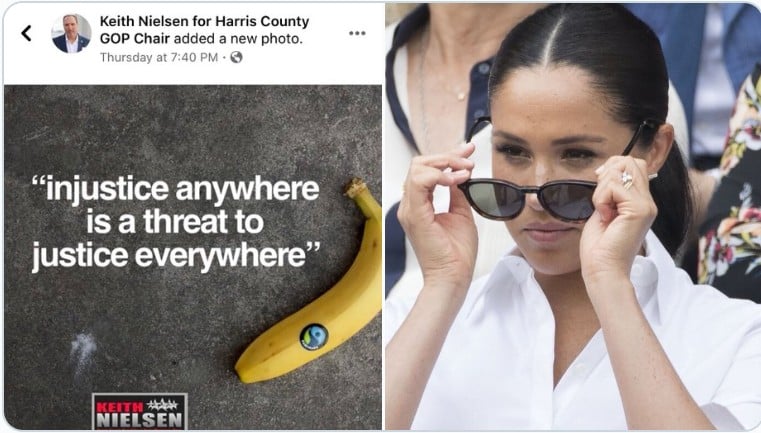 Joe Biden said up to 15% of Americans are bad people.  Meet them now, just a few, that aren’t police but who send them out to do their dirtywork.

Abbott and other top Texas Republicans called for the resignation of the GOP chairs in Bexar and Nueces counties after they shared on social media a conspiracy theory that Floyd’s death was a “staged event,” apparently to gin up opposition to President Donald Trump. There is no evidence to support that claim; Floyd, a black Minnesota man, died last week after a white police officer kneeled on his neck for nearly nine minutes.

It's a miracle MAGA can dress themselves.https://t.co/5kaBV3l5aK

The Texas Tribune became aware of Nielsen’s post after Abbott called for the resignation of the Bexar County and Nueces County chairs. Wittman could not immediately be reached for comment about the third post.

U.S. Rep. Dan Crenshaw, a Houston Republican, said in a statement to the Tribune that “Nielsen has no place in our party. Not now. Not ever” — and called his post “a sad reminder that such blatant ignorance and bigotry still exists.”

Even later Thursday, Democrats also criticized a fourth post from a GOP chair on Facebook. Sue Piner, chair of the Comal County GOP, shared a post on Sunday that included an image of liberal billionaire George Soros and text that said, “I pay white cops to murder black people. And then I pay black people to riot because race wars keep the sheep in line.”