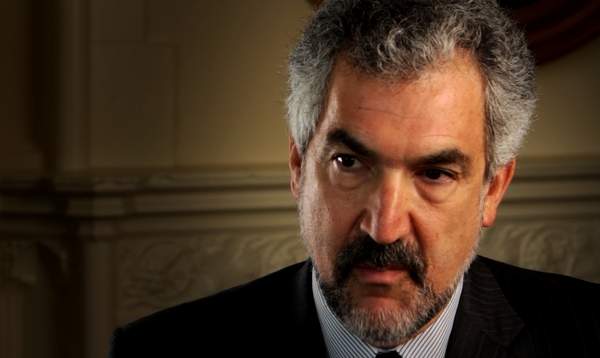 Neocon hawk Daniel Pipes wrote way back in 2013: “Western governments should respond by helping the rebels to prevent Assad from crushing them.”[1]

Pipes moved on to expand and expound on his essentially diabolical thesis this way: “the West should prevent either side in the civil war from emerging victorious by helping whichever side is losing, so as to prolong their conflict.’”[2]

If you did not catch that wicked and, quite frankly, Mephistophelian ideology, here is the translation: let Assad and the Syrian terrorists fight until they destroy each other. Let them get into a cosmic fight until blood flows from all over Syria.

It doesn’t matter how long it takes or how much it would cost America and the Middle East, the West should have given its last drop of blood to support that hellish plan. Let mothers and decent civilians weep and mourn for their children and love ones and their cherished country. Pipes only cares about Israel. He perceived,

“This policy recommendation of ‘helping whichever side is losing’ sounds odd, I admit, but it is strategic.”[3]

Here Pipes’ conscience was telling him that the plan was wicked, but he seemed to have suppressed his moral and practical reasoning and replaced it with what obviously is an Israeli ideology, which states that Assad had to go by any means necessary.

What was even more interesting was that Pipes thought that the Obama administration was too slow in invading Iran.[4] You ain’t seen nothing yet. Pipes believed that Syrian refugees—people whose livelihood had been literally destroyed by the Syrian conflict—“should be allowed and encouraged to remain within their own cultural zone, where they most readily fit in, can best stay true to their traditions, least disrupt the host society, and from whence they might most easily return home.”[5]

What Daniel Pipes indirectly ended up saying was that not only Assad and the Syrian terrorists have to be sent to the Khazarian slaughterhouse, but decent refugees have to follow the same fate. Keep in mind that in Syria, more than half of the hospitals were either destroyed or damaged.[6] So if civilians got hurt when they tried to get out of their property, they just had to die, since there were not enough medical supplies.

Put simply, Pipes is trying to simultaneously and effortlessly kill four birds (Assad, the Syrian terrorists, the Syrian civilians, and the small minority of Christians) with one Khazarian stone.  Of course, to accomplish such a feat, the Khazarian Mafia could not do it alone. They had to use a large number of the goyim and the American taxpayer’s dollars: “The U.S. military spent about $3 billion on drone programs” in 2012 alone.[7]

Pipes’ essentially Talmudic ideology was working—until Putin put a stop to it when Russia began to protect Syria and kill Pipes’ proxy wars, namely, jihadists and al-Nusra groups. During the same time, the British newspaper the Guardian declared that the Syrian rebels got a huge hit:

“Their resources are dwindling, their families are shattered. Their villages and farmlands are lost to regime militias. Their allies are at best unreliable, and at worst actively conspiring against them.”[8]

The story got even interesting when it was reported that all Syria’s neighboring countries have Syrian refugees—except Israel.[9]

This was not the first time that people like Pipes attempted to steal, kill, and destroy. The Neocon hawks did the same thing when they invaded places like Iraq, inciting extremists against Christians, which caused Christians to being “close to extinction” in the Middle East.[10] Pipes wrote in 2001:

“I worry very much, from the Jewish point of view, that the presence, and increased stature, and affluence, and enfranchisement of American Muslims, because they are so much led by an Islamist leadership, that this will present true dangers to American Jews.”[11]

Why doesn’t he argue from a universal or moral point of view? Why doesn’t he see that killing innocent lives in the Middle East is not and will never be good for Jews, Muslims, or anyone with an ounce of common sense? Why can’t Pipes see that supporting terrorist groups like the People’s Mujahedin of Iran (MEK) will inexorably lead to the conclusion that the so-called war on terror is a smokescreen?[12]

How does Pipes again defend the position that the Mujahedin is not a terrorist group? Listen to his logic here: “The MEK poses no danger to Americans or Europeans, and has not for decades. It does pose a danger to the malign, bellicose theocratic regime in Tehran.”[13]

So, does Daniel Pipes deserve to be prosecuted, trialed, and then hanged? In a sane society, the answer should be yes. If the Unabomber Ted Kaczynski is still behind bars for being responsible for the death of three people, what about Daniel Pipes, who is responsible for the deaths of thousands upon thousands of innocent lives? And how in the world did George W. Bush nominate Pipes for the board of the United States Institute of Peace in 2003?[14]

I guess one must say that birds of the same feather flock together.