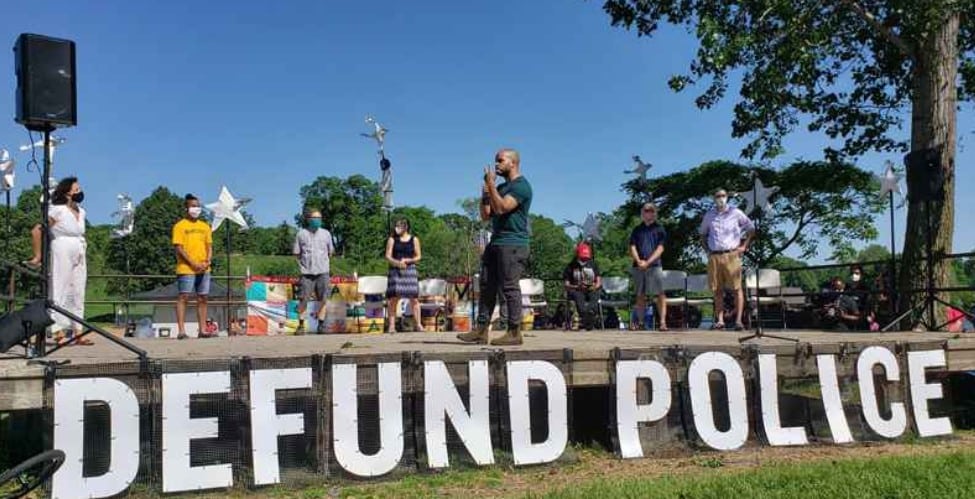 MINNEAPOLIS (FOX 9) – Nine members of the Minneapolis City Council announced their support for de-funding the Minneapolis Police Department and replacing it with a community-based public safety model at a rally in Powderhorn Park Sunday afternoon.

At the end of the rally, the council members and some community activisits committed to ending the Minneapolis Police Department through the budget process. The group also announced its intention to engage every willing community member to ask what safety means to them and ceate a “new transformative model for cultivating safety.”

With the support of the nine councilmembers, they have created a veto-proof supermajority in support of disbanding the police department.

“It is clear that our system of policing is not keeping our communities safe,” said Bender. “Our efforts at incremental reform have failed, period.”

Bender went on to say she and the eight other councilmembers that joined the rally are committed to ending the city’s relationship with the police force and “to end policing as we know it and recreate systems that actually keep us safe.”

Councilmember Ellison said frankly, “This council is going to dismantle this police department.”

Similarly, Councilmember Cano said the council would “abolish the Minneapolis Police system as we know it.”