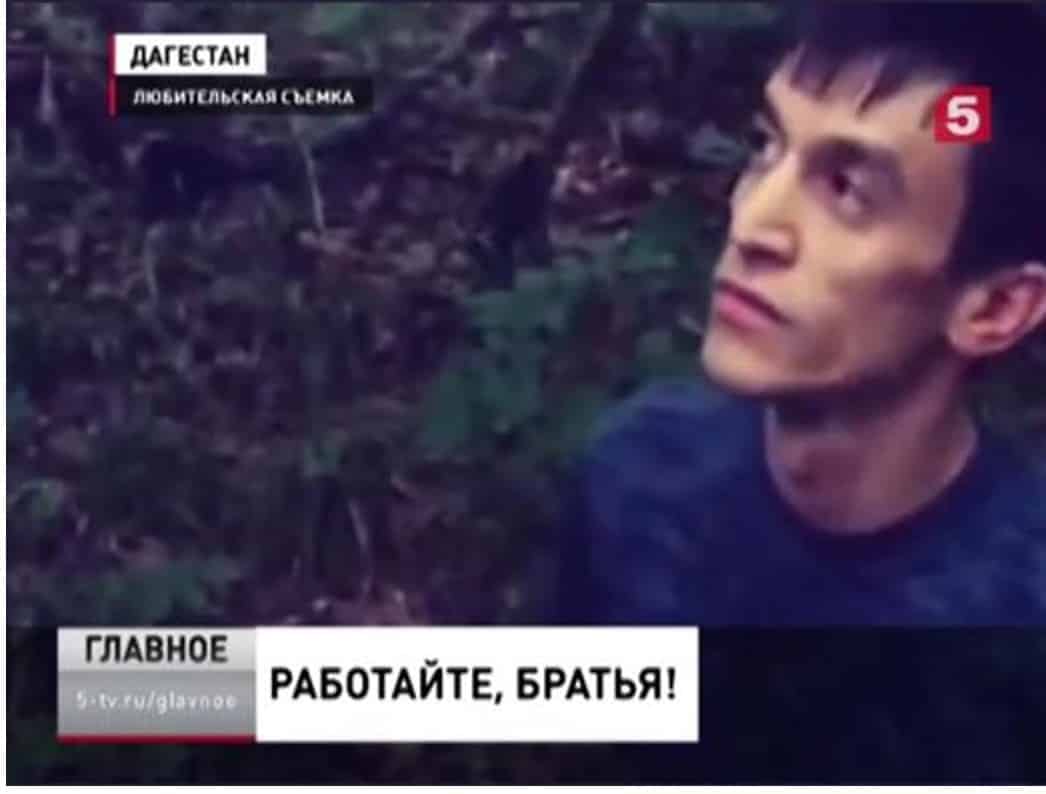 By Galima Galiullina, Doctor of Philosophy for VT

The name of the young man in the top photo is well known to the Russians. This is Magomed Nurbagandov, a policeman who did not kneel before bandits, demanding that he renounce his rank of police officer. The bandits killed his younger brother in front of his eyes. Instead of the expected words of repentance, the young man appealed: “Work, brothers!” He was killed, but his example will bring up boys in Russian families.

The bottom photo shows policemen in the United States during the days of mass protests against police brutality against African Americans in 2020.

Protests against police brutality are held around the world. I was especially surprised that even in Japan there was a march of protesters. Although I have never seen scenes of brutality of the Japanese, or even German, police in recent years. Of course, the fact that there is no video does not mean that there is no cruelty. On Saturday, a quarter of million protesters were expected in the US capital. What the city will turn into after the invasion of angry people is better not to think.

But let’s look at how it all began. It all started with university professor Milton Friedman, who proclaimed the priority of freedom over the state. In this case, freedom, do not flatter yourself naïve, not for you ordinary citizens, but freedom for big money and their owners. The whole ideology of globalization was built on the idea of ​​eliminating the few remaining barriers to capital. The first victim was, of course, state sovereignty. The ability of the state was destroyed not only to protect its national interests, but even to pretend that the nation may have interests different from those of global finance and trans-national corporations (TNCs).

Joseph Stiglitz, a Nobel laureate in economics, who observed and personally participated in the destruction of Russia’s sovereignty in the 90s of the 20th century, described the steps of this freedom perfectly. He called them four steps in the mamba dance – the black mamba is the most dangerous and poisonous snake in the world. The first step is privatization. In Russia, this was especially scary. Hundreds of factories, oil companies, huge industrial enterprises, in which the labor of millions of people was invested, suddenly passed into private hands of unknown lucky people.

The second step is the free movement of capital. For the country that they began to rob, the flow of capital flowed out of the country – it was necessary to securely hide the loot. The third step is to bring the price of services to the population in accordance with IMF requirements to ensure profits based on providing basic services to new owners. As prices rise catastrophically for the population, suppression forces must be prepared.

And, the fourth step is freedom of trade. In fact – the freedom to strangle the economies of objectionable countries with sanctions. The black mamba dance turned out to be fatal for many countries, especially for the countries of the post-Soviet space.

Today, before our eyes, a military operation is underway to consolidate the successes of globalization and establish a new world order. American cities are blazing with fires and a terrifying riot of those who intend to completely destroy the foundations of the state. In any state, the police serve to protect the population from aggression of destructive forces by establishing order and enforcing law Without the coordinated work of the police, anarchy, chaos and panic of the defenseless population rapidly follow. But today we see that US police and National Guard fighters are kneeling and asking for forgiveness. This is not the best time to crawl on your knees for those in power to maintain order.

Demonstrations for the rights of African Americans for the past 2 weeks result in pogroms and killings of police officers. The revelry of the crowd’s lowest passions is supported by propaganda forces, the repentance of white Americans for the racism of their ancestors becomes inexpressibly vulgar kitsch, when even the children of pale-faced Americans kneel and beg for forgiveness from those who burn cars, trash and rob shops, those who turn the country into flaming ruin. All previous experience in the development of civilization shows that those who play the card of the oppressed will never stop until repenting oppressors show weakness and humility.

Jordan Peterson: The Lone Warrior in a World Without Rules

In this sense the tragedy that happened to Jordan Peterson, an intellectual who dared to break the universal blissful silence about the many painful social problems faced by people living in a world without rules is very symbolic. He openly told a multimillion audience that there is a hierarchy in human society, just as among the lobsters that have lived on Earth for 350 million years. And those who possess intellectual superiority will win the struggle for a place at the top of the hierarchy.

And everyone who wants to win must make daily efforts, perfecting himself for the struggle. Men must play their role as a defender of the weak and a warrior in wars, and if they give up these roles they turn into insignificants. Women, giving birth and raising children, while successfully developing their careers, begin to gradually lead the race for success, but are they happy in this eternal struggle and what effect does this leave on children?

It would seem Peterson told such simple and eternal truths, but how modern humanity was hungry for them. Professor Peterson’s extraordinary popularity provoked the fury of those who had long been trying to convince the world that the recognition of the biological division of people into men and women was outdated. He dared to call crazy the idea that gender identity is your subjective choice. No less insane, he considered the statement of social constructivism that the differences between women and men would disappear if we were able to make social structures follow the requirement of gender equality. And where was Professor Peterson after a series of open clashes with a bitter crowd of ideological opponents? He eventually suffered for his beliefs and his family found him in a state of coma. Rejected by American doctors he ended up in Moscow. And only Russian doctors were able to save him from death.

But proponents of social constructivism can celebrate Pyrrhic victory. The recognition of systemic racism in modern America provides a rich ground for the active implementation of their theory in life. This means replacing the real process of educating the younger generation of Americans in the belief that races are equal by increasing pressure on white Americans’ guilt for past crimes of slave owners and racist crimes against African Americans today. This guilt will be subtly embedded in the consciousness and subconscious of white men and women and their children. A very dangerous and painful process. Blowing up families on the basis of far-fetched guilt, we will get a whole lost generation tomorrow, because children who have declared their parents’ racists will not want to adopt anything from their parental experience. From the experience of their ancestors, they will not have anyone to ask for help or advice in moments of difficult choices, they will forever lose the opportunity to cling to their dear parents’ shoulder for comfort and respite. Feelings of guilt will be instilled constantly and everywhere to the white population of America and will lead to an even greater increase in tension and a split in the country by skin color. Because not all Americans will like to live on their knees.

Instead of a serious comprehension by the nation of the lessons and mistakes of the last 30 years, when the country began its rapid run up the stairs leading down, we are faced with a scene of absolute kitsch to the amazed world. Seeing off the last journey of J. Floyd became a stunning peak of kitsch. The Mayor of Minneapolis weeping on his knees at the ceremony deserved Oscar for his efforts, but what was he sobbing about? Why exactly in his city did the policemen turn out to be so brutally cruel that they strangled the detainee handcuffed in cold blood? Or about the brevity of the life path of a lost soul?

The Catcher in the Lie

Remember the hero of the story of Salinger, who dreamed of catching kids over a precipice in the rye? But where is that national hero who would catch a nation flying into the abyss in a lie? For 12 days, for the first time in many years, I watched various television channels illuminate the racial passions of America. But I did not see a single serious and honest analysis of events, with answers to questions:

In America in the 1960s there was a rapid flourishing of kitsch. The word goes back to two German verbs: kitschen – “gaudy, trash” and verkitschen – “to cheat”. Actually, these two words give an exhaustive description of how and why objects were created in the style of kitsch. Today we observe kitsch of repentance as a substitute for human dignity, and anarchy as a substitute for freedom. Freedom as permissiveness always degenerates into anarchy. Through repentance on the knees the seeds of hatred will rapidly grow instead of the desired change to higher spiritualty. A very significant statement by the editor of the newspaper in Alabama that it is time to start again Ku Klux Klan raids.

We in Russia have experienced many tragedies based on the replacement of repentance with humiliation. When we realized that we had nothing to repent for, it was too late – we lost the country. But we regained it when boys and girls grew up who would never kneel.