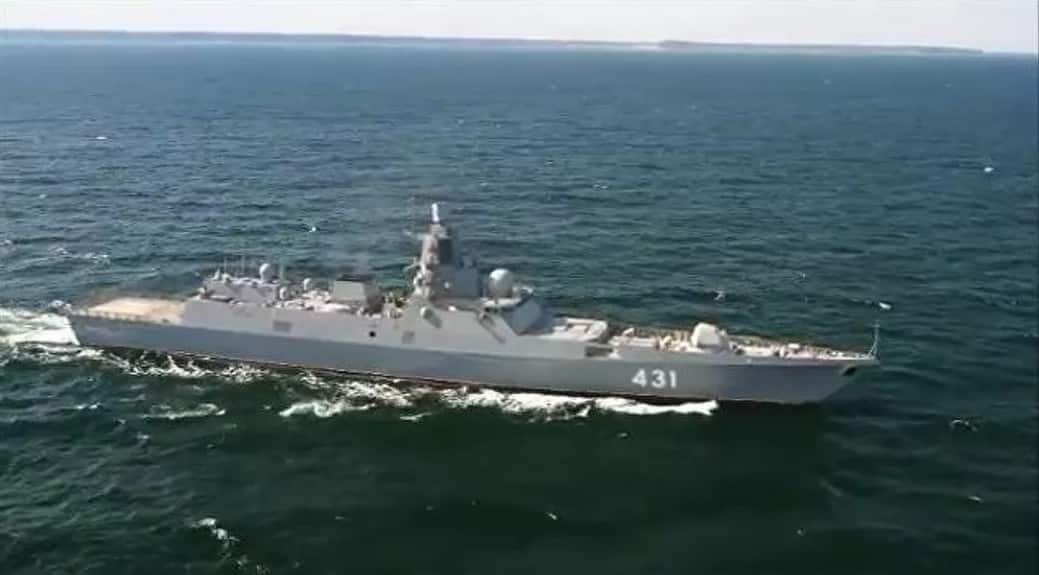 The Admiral Kasatonov frigate is capable of destroying surface ships, convoys and airborne military units, along with searching and targeting submarines and providing anti-aircraft, anti-submarine and anti-missile defence.

The Russian Project 22350 warship, the ‘Admiral Flota Kasatonov’, created using stealth technologies, has completed state trials in the sea and will soon be commissioned to the Russian fleet, according to a statement from the shipbuilding company.

“The first Project 22350 warship, ‘Admiral Flota Kasatonov’, having completed the marine part of state tests, returned to the North Shipyard. During June, the warship will undergo revision, and will then be transferred to the Russian Navy”, the statement said.

During final trials in the Baltic Sea, all characteristics of the frigate were tested, including weapon system operations. Testing interactions with submarines and aircraft were conducted, along with rescue and evacuation exercises.

“We reached the finish line and are approaching the main event for the ship – the raising of the St. Andrew flag. For ten months, the ship has passed the test phases in two fleets – the Northern and Baltic, working in different weather conditions and in rough seas. The commissioning team, together with the crew and fleet support services, carried out a thorough check of the frigate, and now we can confidently say that the Kasatonov is a modern, powerful ship in the far sea zone that will strengthen the Russian fleet”, said the Northern Shipyard’s director general, Igor Ponomarev.

The Kasatonov warship was created with the use of stealth technologies, providing radar invisibility during warfare in the far sea zone. The frigate will be a part of the Northern Fleet, as well as its predecessor, the project’s flagship frigate ‘Admiral of the Fleet of the Soviet Union Gorshkov’.

The Project 22350 frigate is designed to perform a wide range of tasks, including search and destruction of submarines and ground targets, along with targeting surface ships, convoys and airborne troop units, while also providing anti-aircraft, anti-submarine and anti-missile defence.