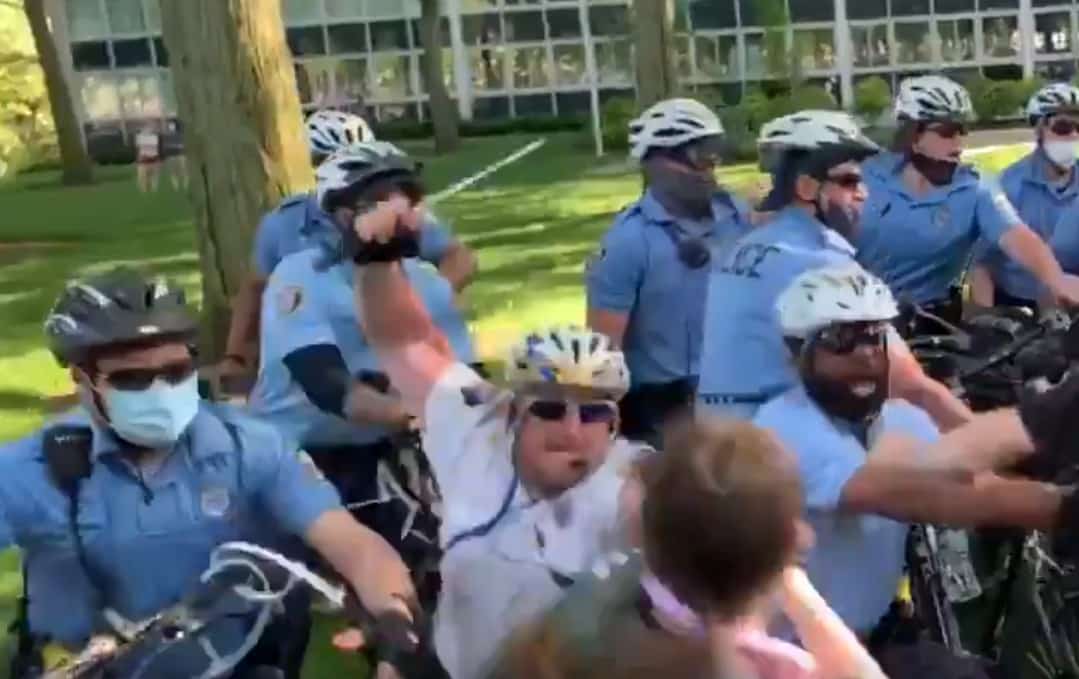 When we thought we had seen it all, we then get this pig faced motherfucker and his Trumpist Nazi friends. Watch him bash the head of a teenage (white) girl during an attack on peaceful demonstrators. This guy has a lifetime history of far more than the complaints on record, it goes much further with allegations yet to be proven of a police “special squad” working with human traffickers and drug dealers, keeping them safe and protecting them from prison for cash. Time that was looked into and a couple of dozen Philly boys in blue sent to do a few decades of federal time including for felony murder, what they do when the camera’s aren’t out.

NEW: High-ranking PPD Staff Inspector Joseph Bologna, who's been linked to past scandals, was caught on video roughing up protesters on two separate occasions this week — both now under investigation.

Update: Police sources say the baton-wielding officer in the white shirt is a high-ranking member of the force, Staff Inspector Joseph Bologna, who earns $126,339 a year. We will likely have more information later today. https://t.co/4uc0mZxGg5

Supporting and monetizing the beating of an unarmed Temple student at a protest last week exemplifies what is wrong with the FOP in #Philly.

Philadelphia Police Staff Inspector Joseph Bologna Jr. is expected to turn himself in today to face aggravated assault and other charges stemming from a series of viral videos depicting him beating a Temple University student and other protesters last week.https://t.co/ZccNCT8y0m